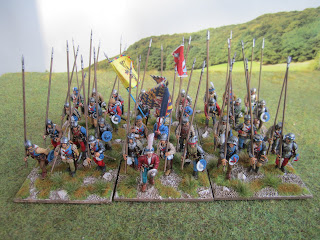 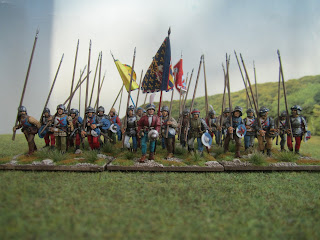 The second and final Ordonnance pike armed contingent for my army of Charles the Bold. Given my usual pace of painting, completing a 36 figure unit is a bit of a major undertaking; so most of the front two rankers have been painted for me by Rafa – who’s painting style and detailing is exquisite. I’ve hidden most of my more humble output in the rear ranks!

They are a mix of Perry plastics from the Mercenaries box and some metals from the WR and EA ranges. The captain is one of the newish Italians with a headswop and plastic buckler added; he fits in quite well.

The unit represents an Ordonnance unit raised by the duke from his Flemish territories, specifically Flanders. They are compliant with the ducal ordinance of Abbeville in 1471 which required pike armed soldiers to wear the ducal colours and cross of St Andrew, as well as carry a buckler. The flags are the Burgundian ducal arms, banner of Flanders and flag of the Guild of Silversmiths that originates in the Lowlands. 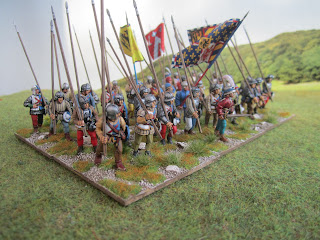 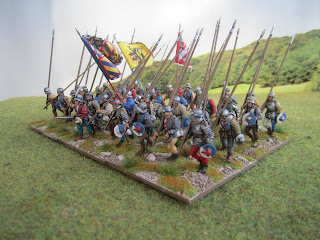 The Ordonnance foot are now gradually progressing towards a state of near completion. The only outstanding units to do – based on my initial army list which I’m still working to – are another handgun-armed skirmishers, a second halbard unit and ducal guardsmen. All of these I’ve started work on, in some form or another, although I'm unlikely to complete them until we hopefully get some Franco-Burgundian command figures for the Perry's EA range. I’ve plenty of mounted Ordonnance men at arms to do however and these are currently top of the painting pile. 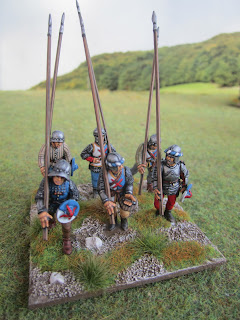 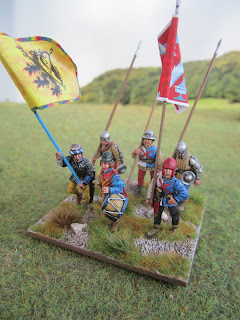 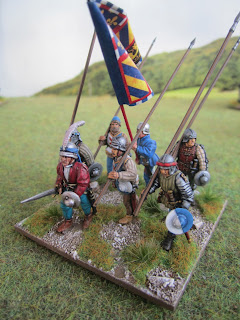 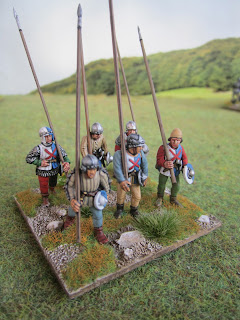 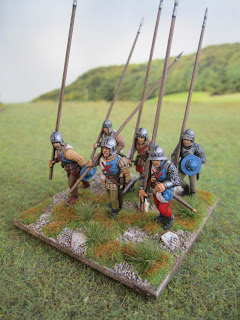 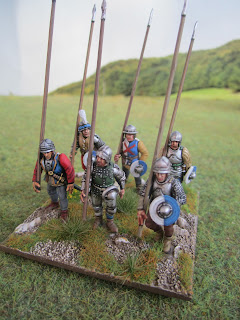