A couple more vignettes completed; the first being a Burgundian messenger, dismounted from his horse and passing written instructions to an Italian mercenary captain. 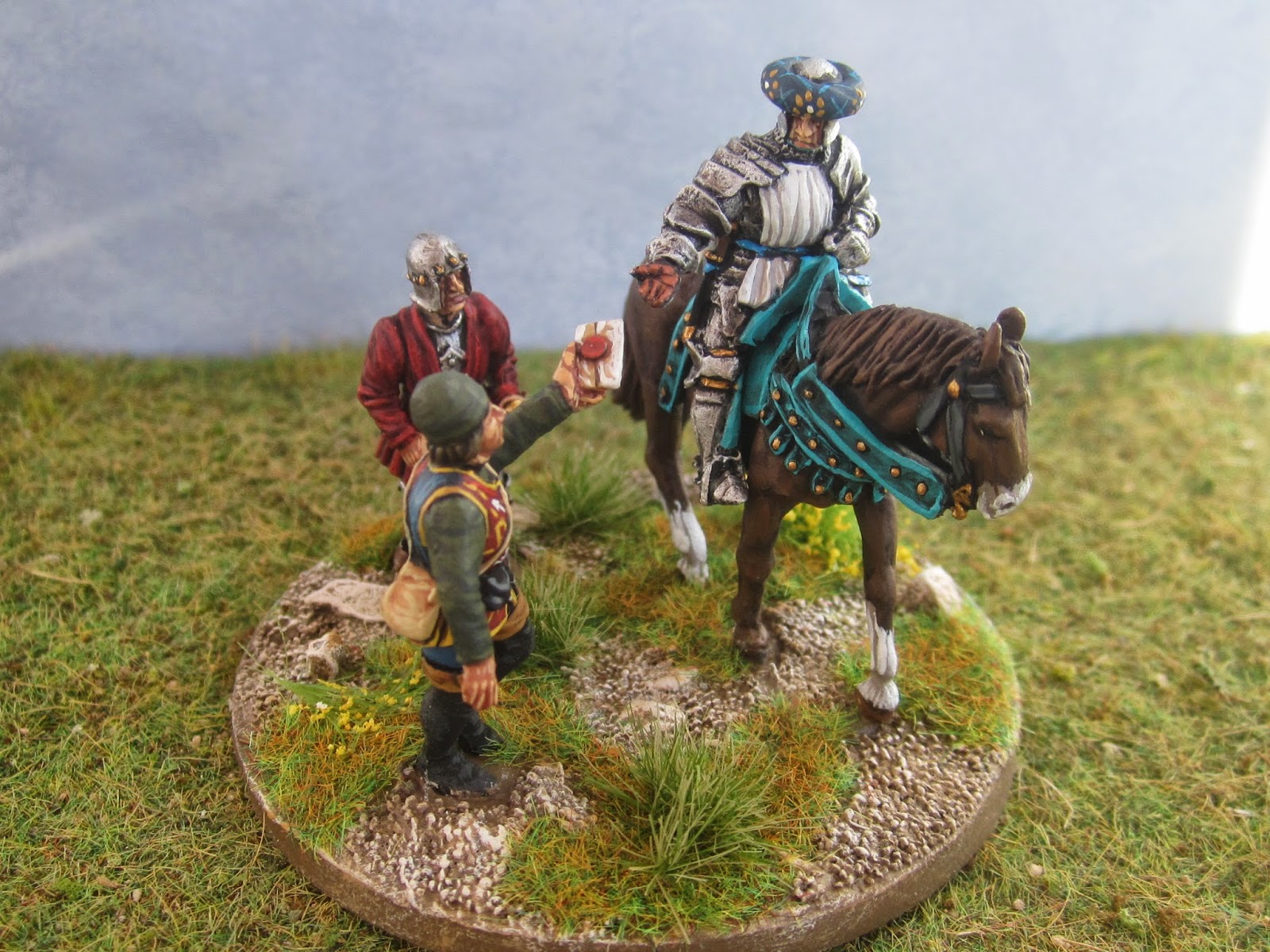 Most of the preparation work went into getting the positioning for the messenger right. His arms are different ones selected from the bows and bills box, with the hand holding the letter cut from one of the crosssbowman's hands I think. The long riding boots were added from green stuff for the turnovers and the liquid green stuff to bulk out the rest of the legs. The man wearing the coat uses the plastic arms of the drummer from the Mercenaries box, with an altered hand and a bit of cutting away to hold his sword. 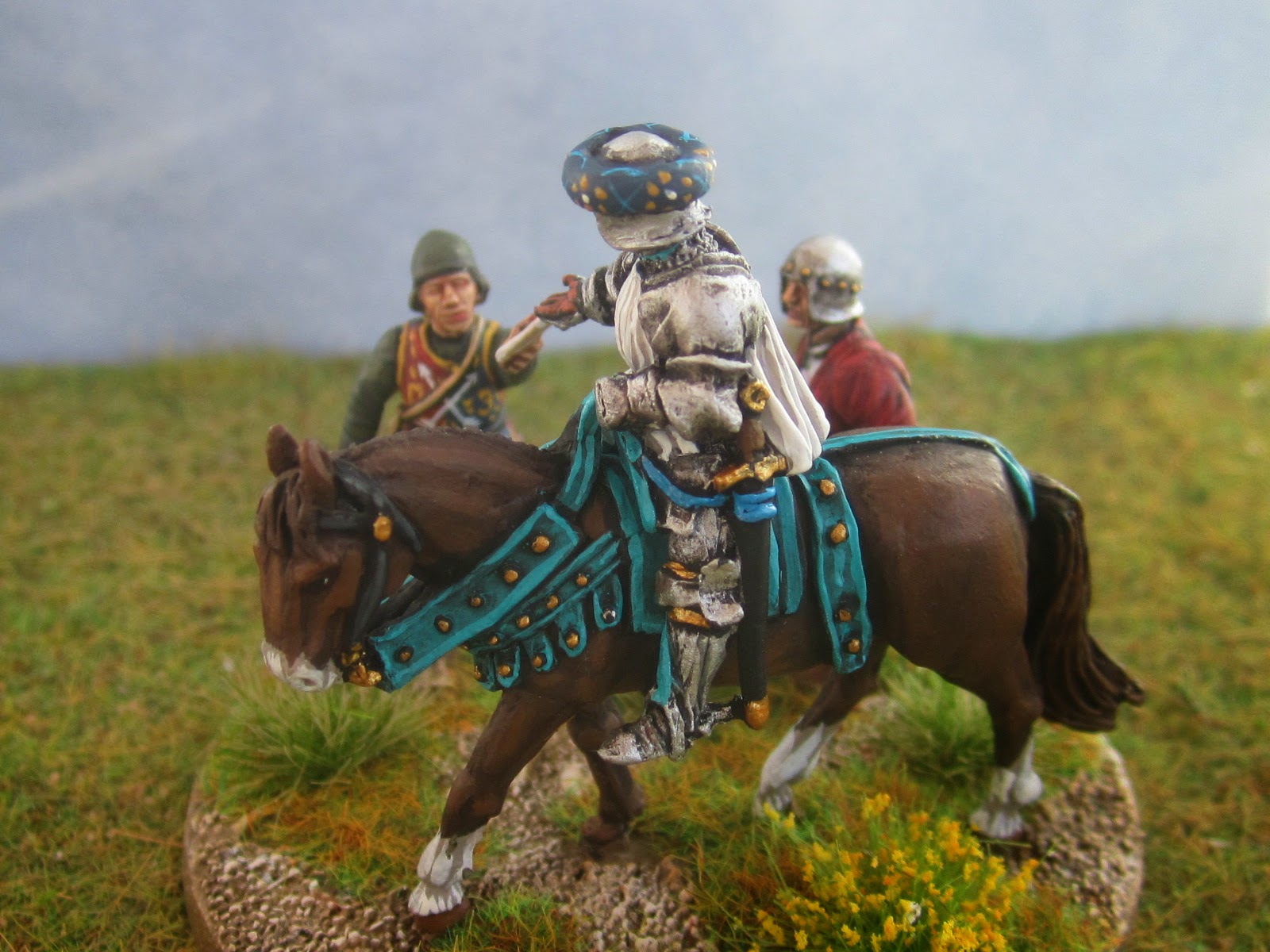 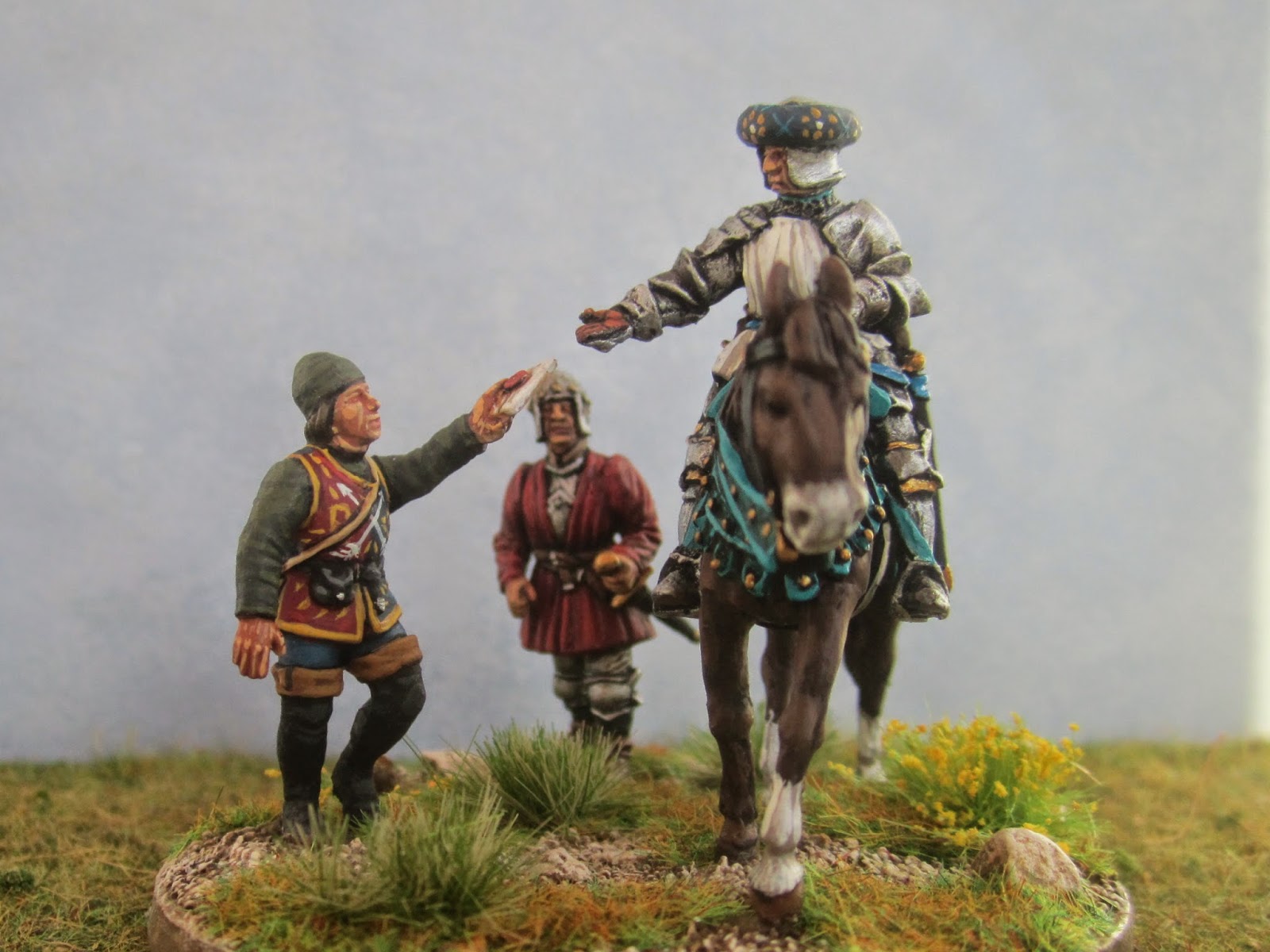 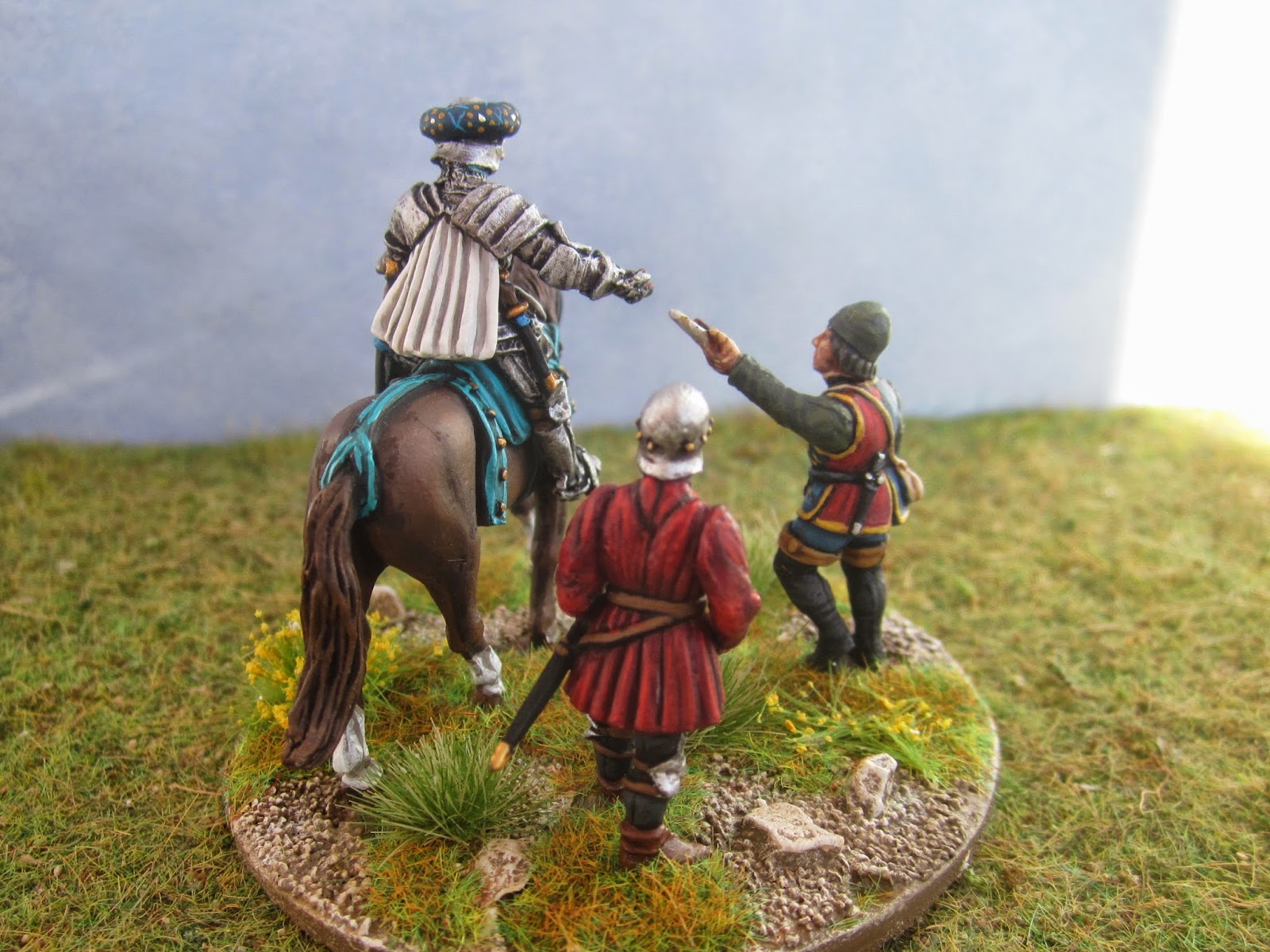 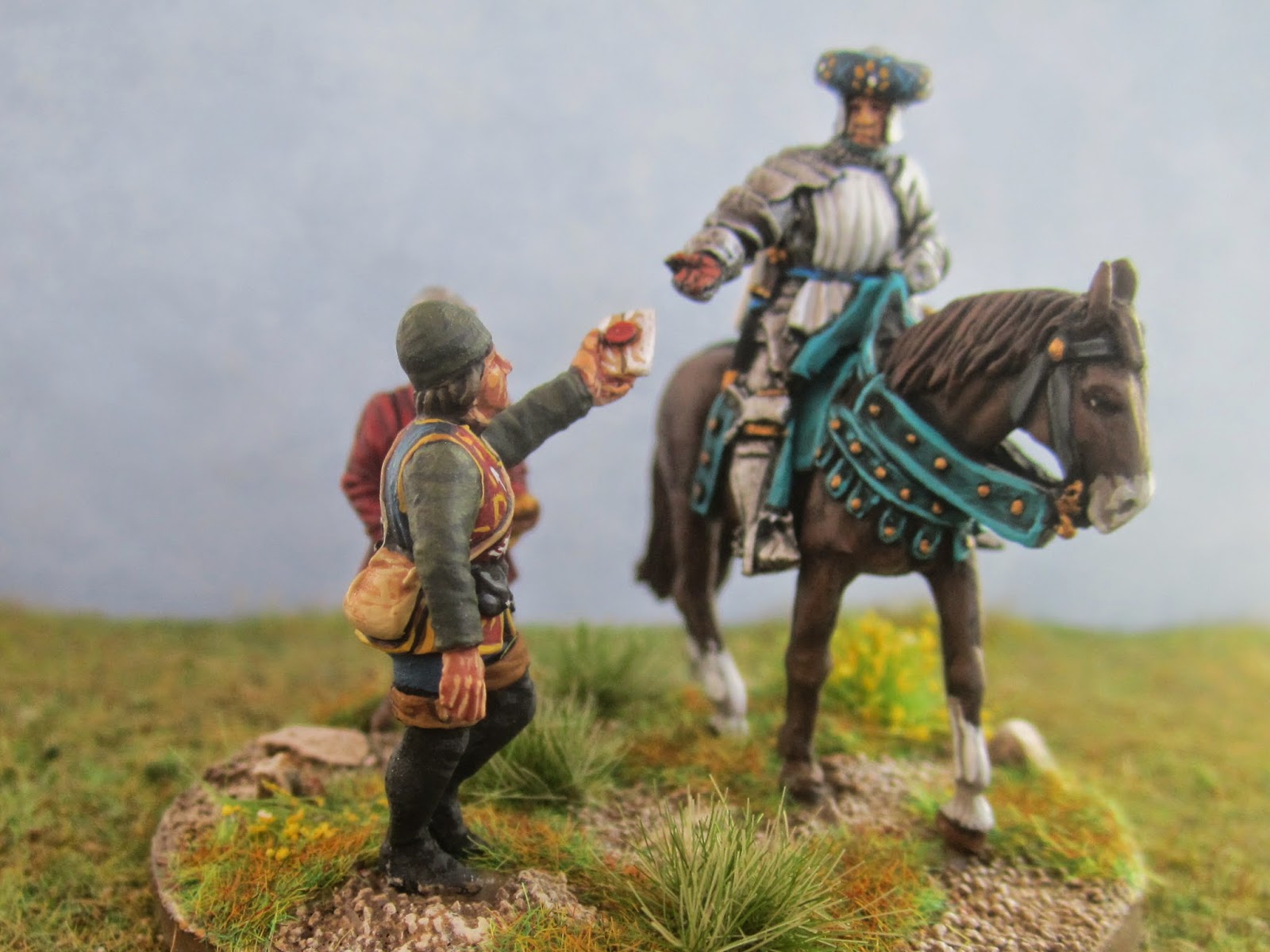 The halbardier, who's biding his time, is a metal artilleyman with a simple swop of ramrod for halbard. The herald is also out of the box, but on a HYW horse, as I wanted a passive pose. 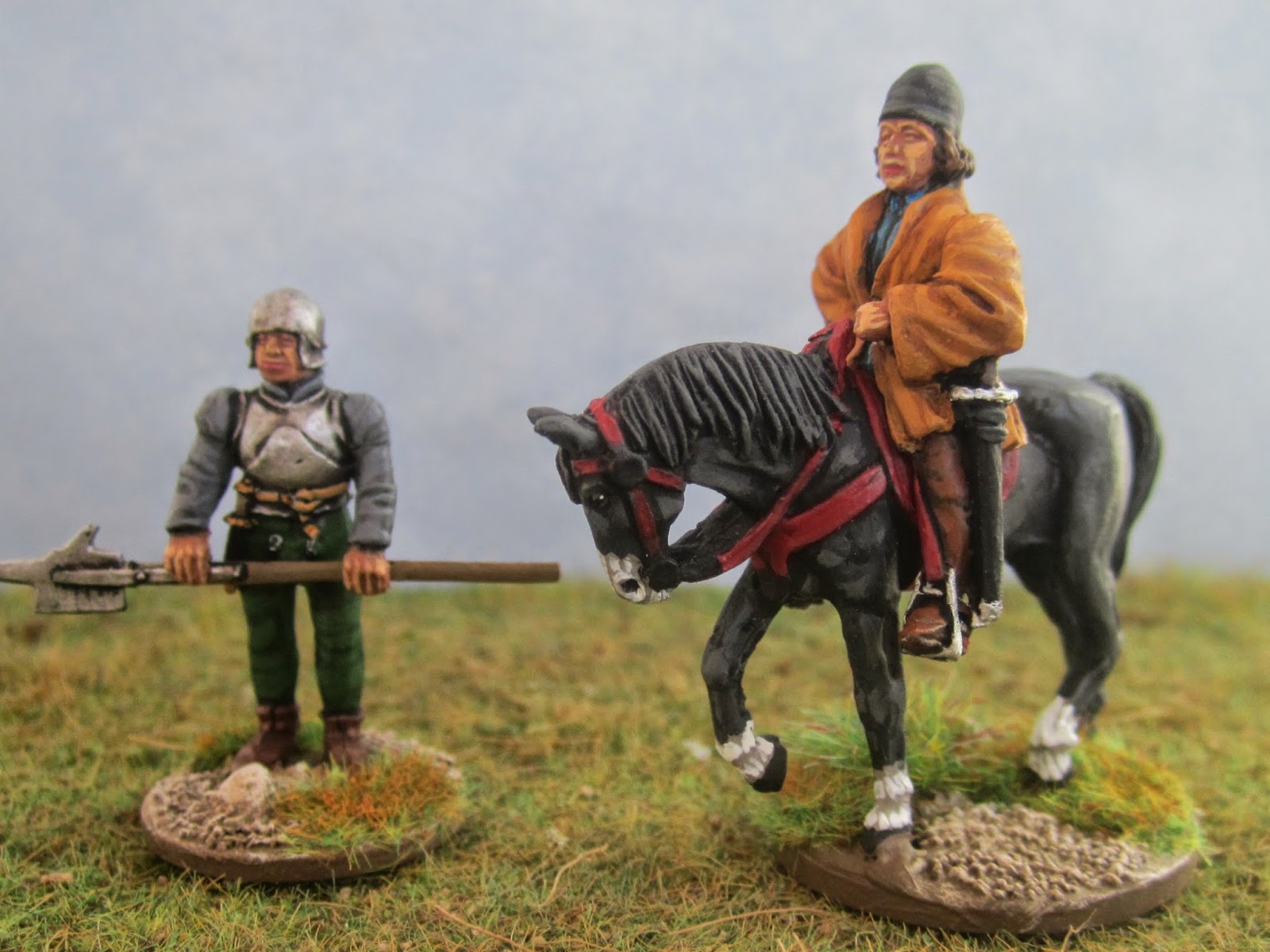 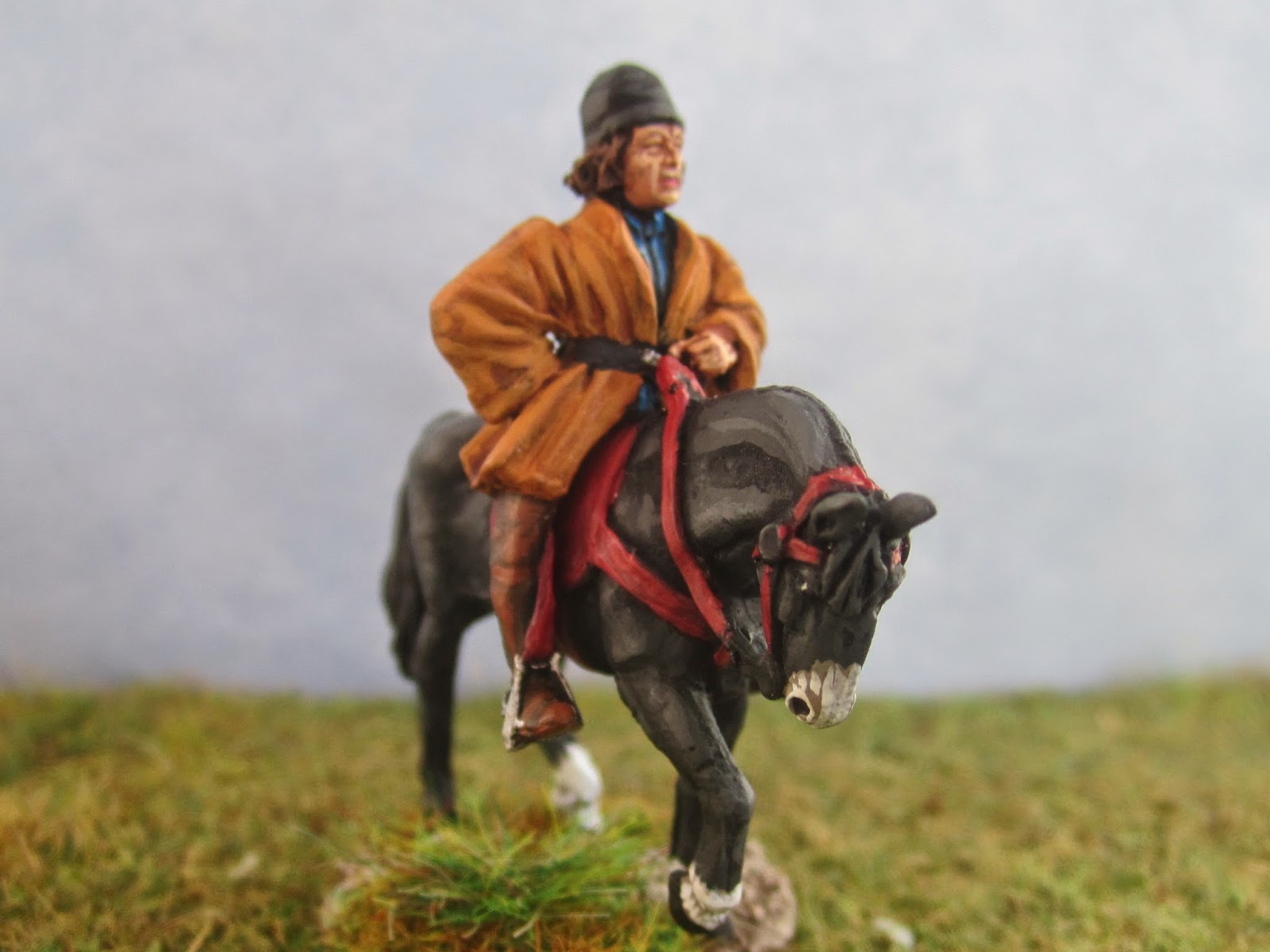 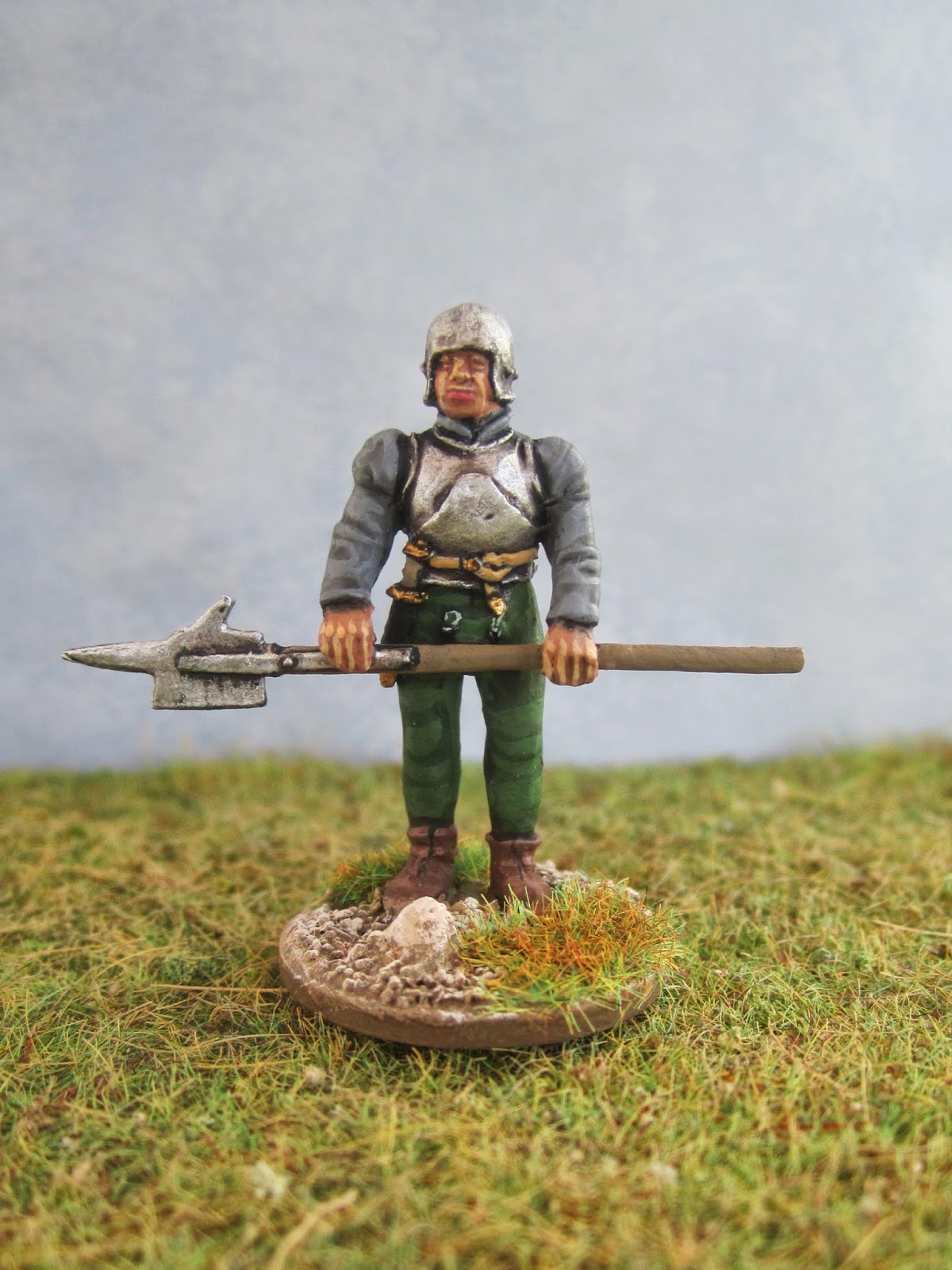 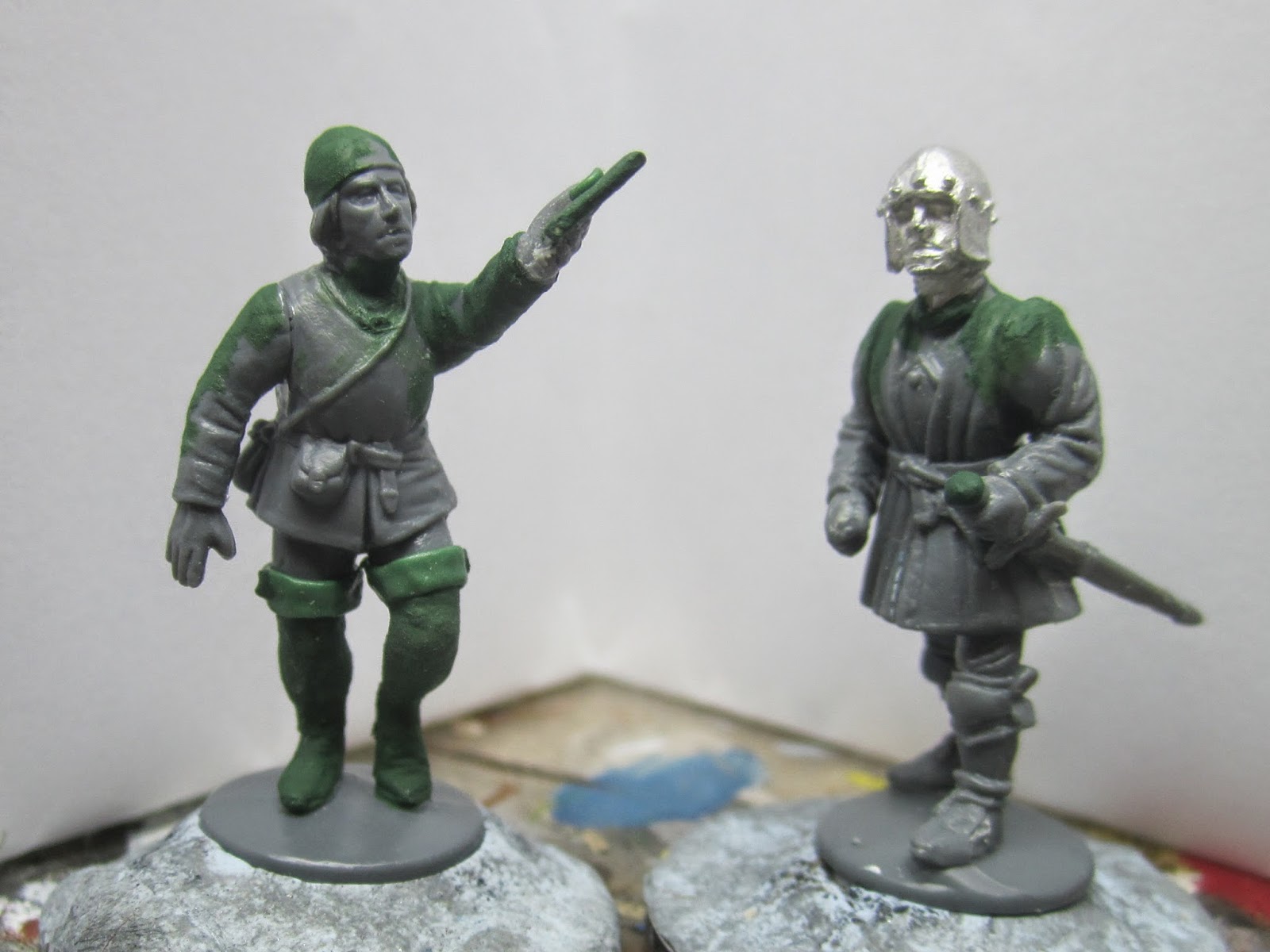 Ooops, I'd not intended for the hiatus on the blog to have been so long as it's been. I had got a little weary of medievals to be honest; my 'mo-jo' had dropped as some would term it. So I diverted into adding a couple of units to my AWI last month, which was a good decision as they provided the change of focus that I was needing. (I'm not planning to kick off a blog for my AWI, but they have been posted on Steve Dean Forum). 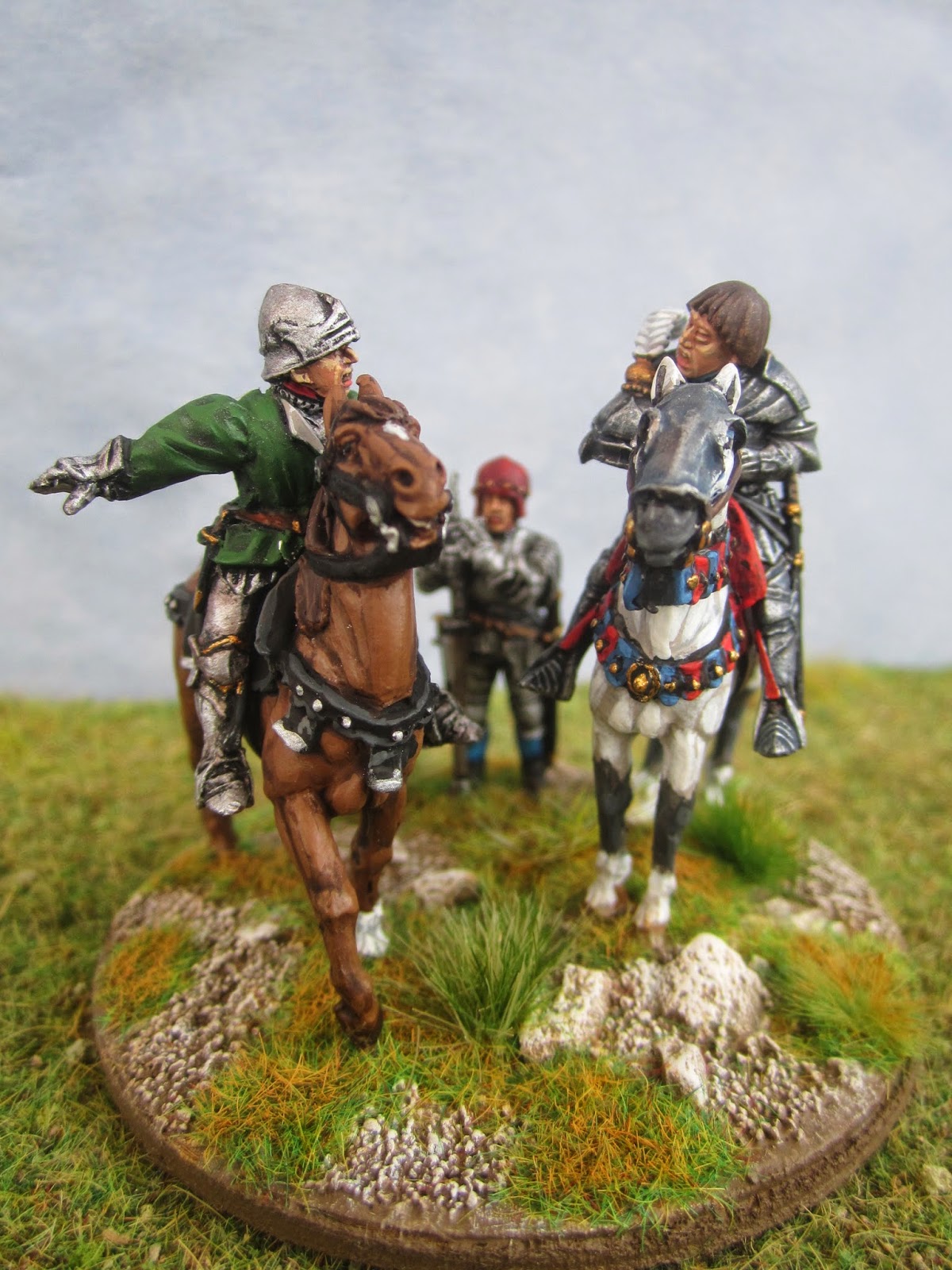 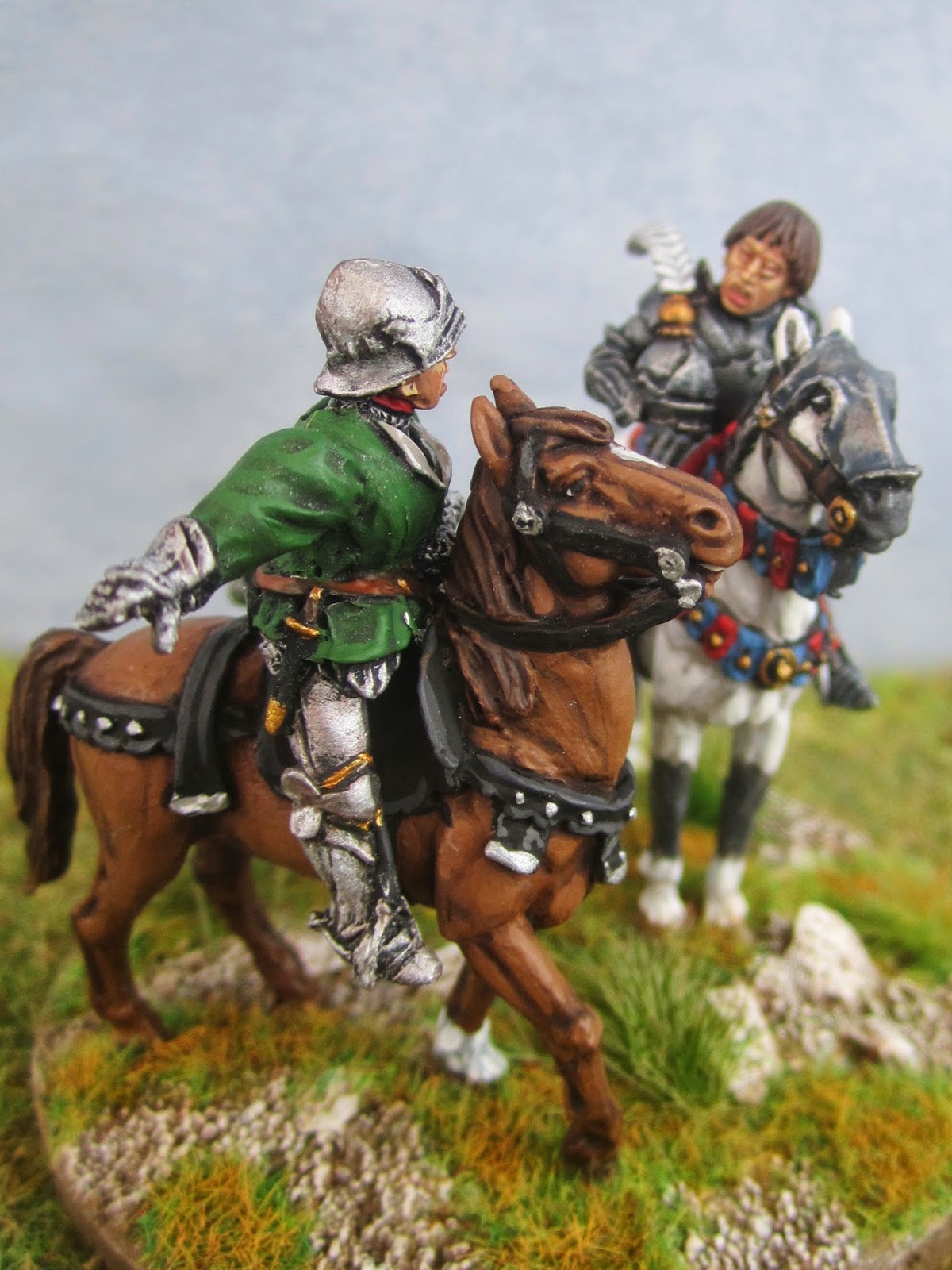 So whilst I await new figures from the Perrys - be they plastic or metal, HYW or later fifteenth century - whichever come first - I've delved into the lead pile and sorted out two vignettes (with a couple more in progress). It's always useful to have some of these bases to dot around the table and the Perrys recent book showing photos of their ranges, reminded me that most of my Burgundians are based as units and so a few more vignettes, or single figures, would not go amiss; plus they don't take too long to complete. 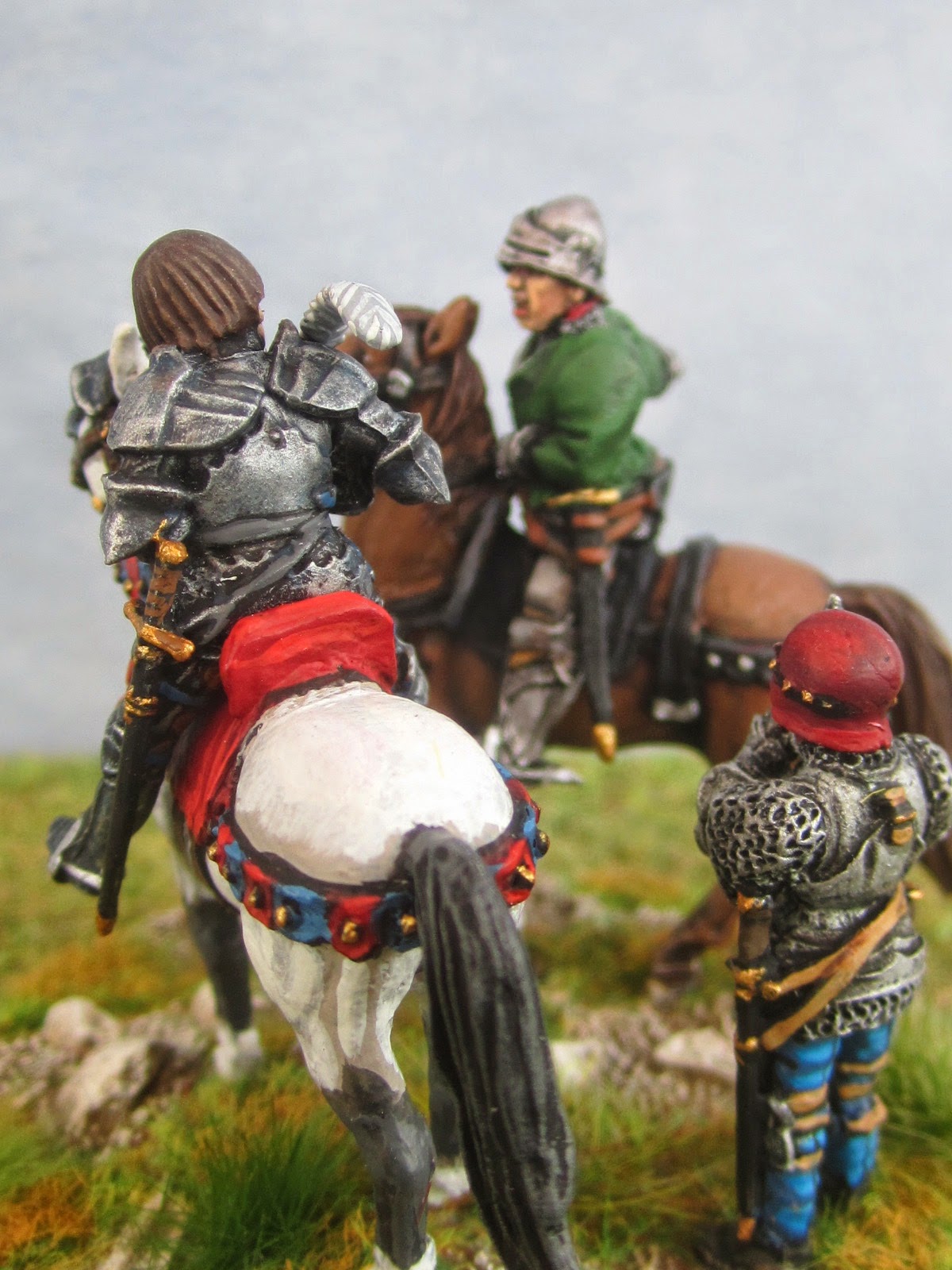 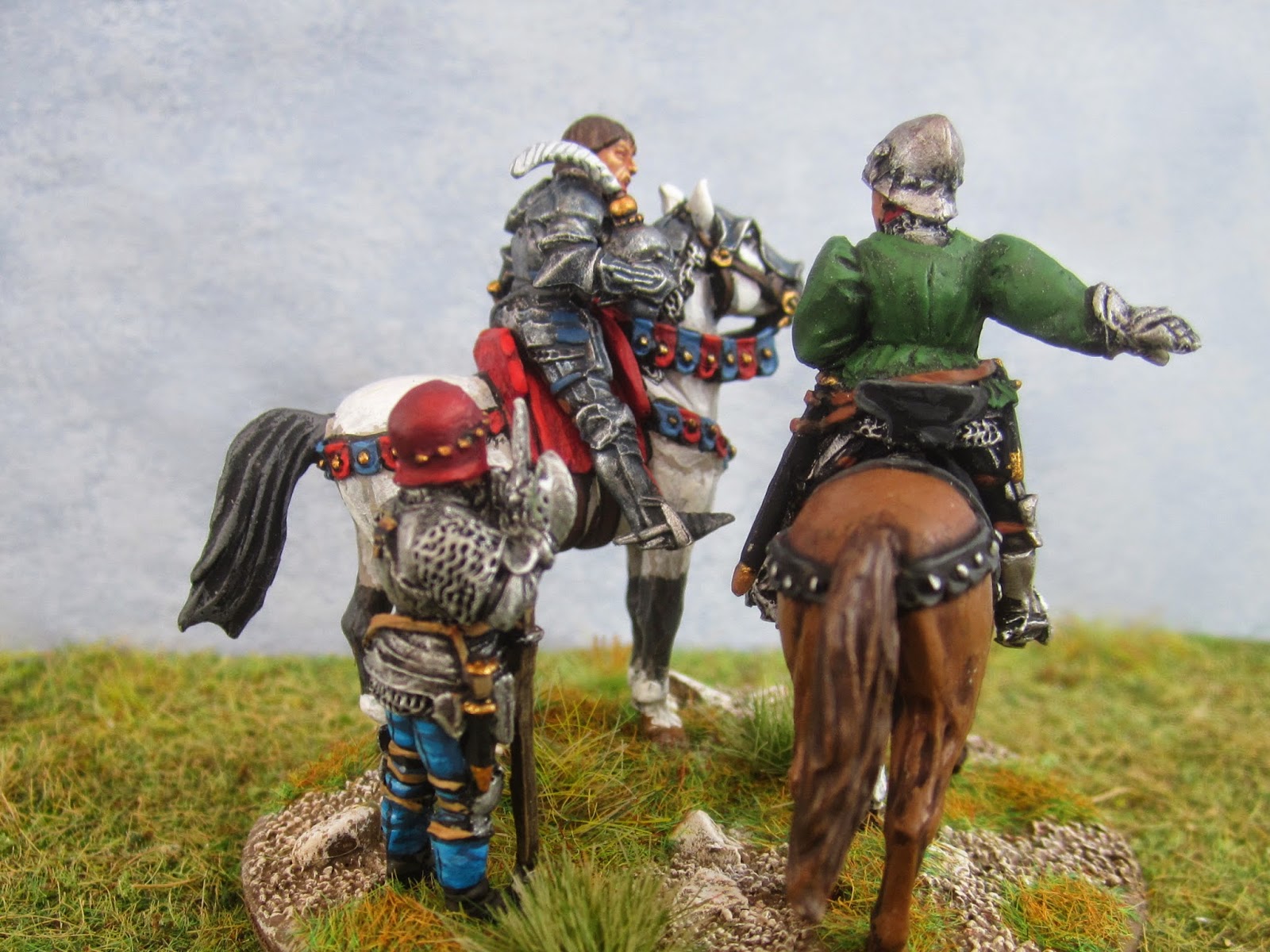 I also had wanted to try out some blue'd armour - having seen some of 'Captain Bloods' wonderful armour finishes some time back on LAF forum. So I added one to each of these bases. I did these using my usual method for plate armour - black undercoat, followed by 'heavy' drybrush of GW Runefang Steel, then a wash of black and brown mix. The blue tone was applied with a couple of washes, using GW Guillman Blue and a small amount of black wash added. Then a very light touch of silver drybrush again. The finish is probably lighter than actual armour was, but I always feel that small figures need to finished in brighter tones due to their size. Anyway, I'm happy with the finish (particularly on the dismounted man at arms) and plan to add a couple to my next unit of figures in full harness. 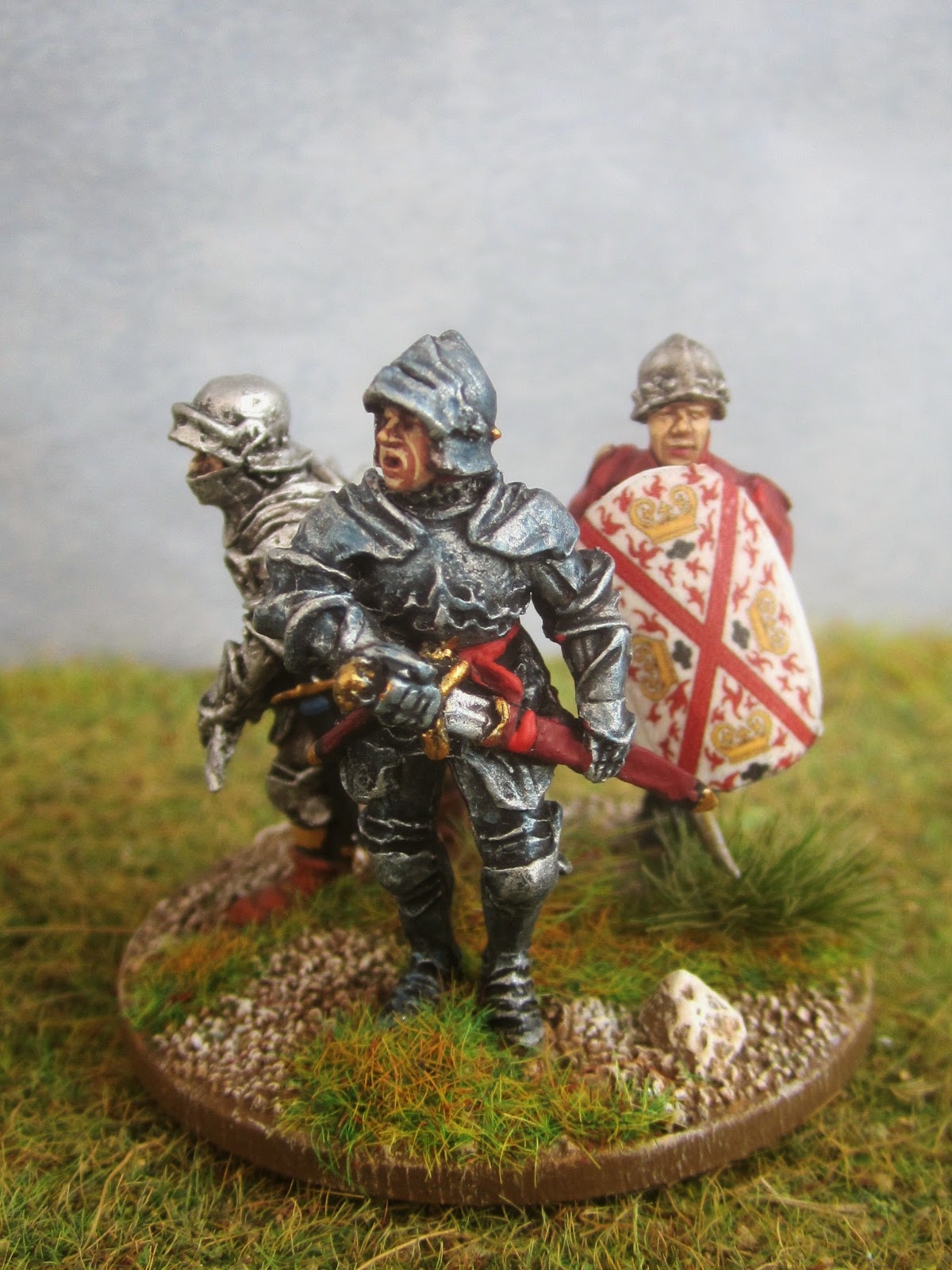 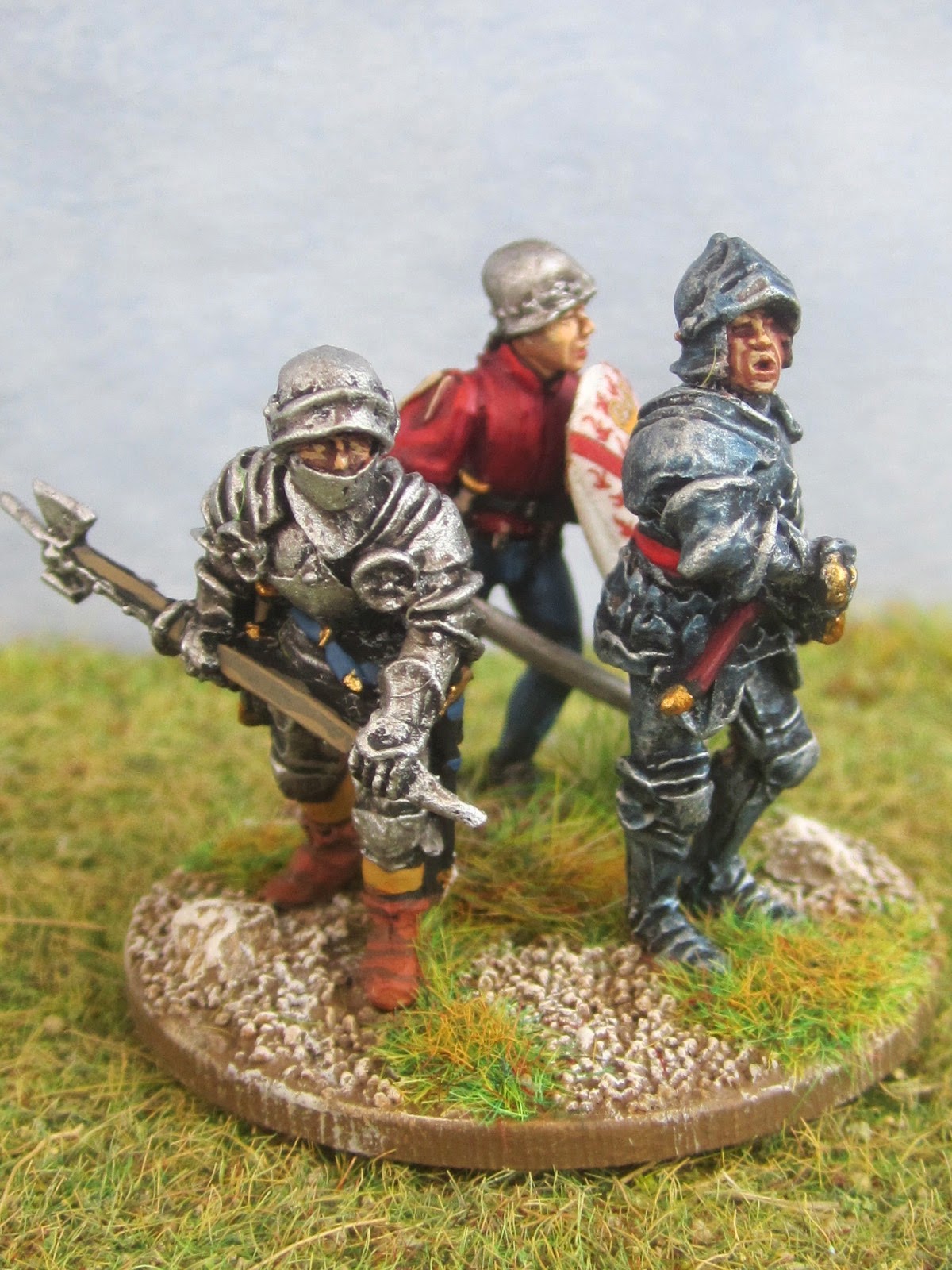 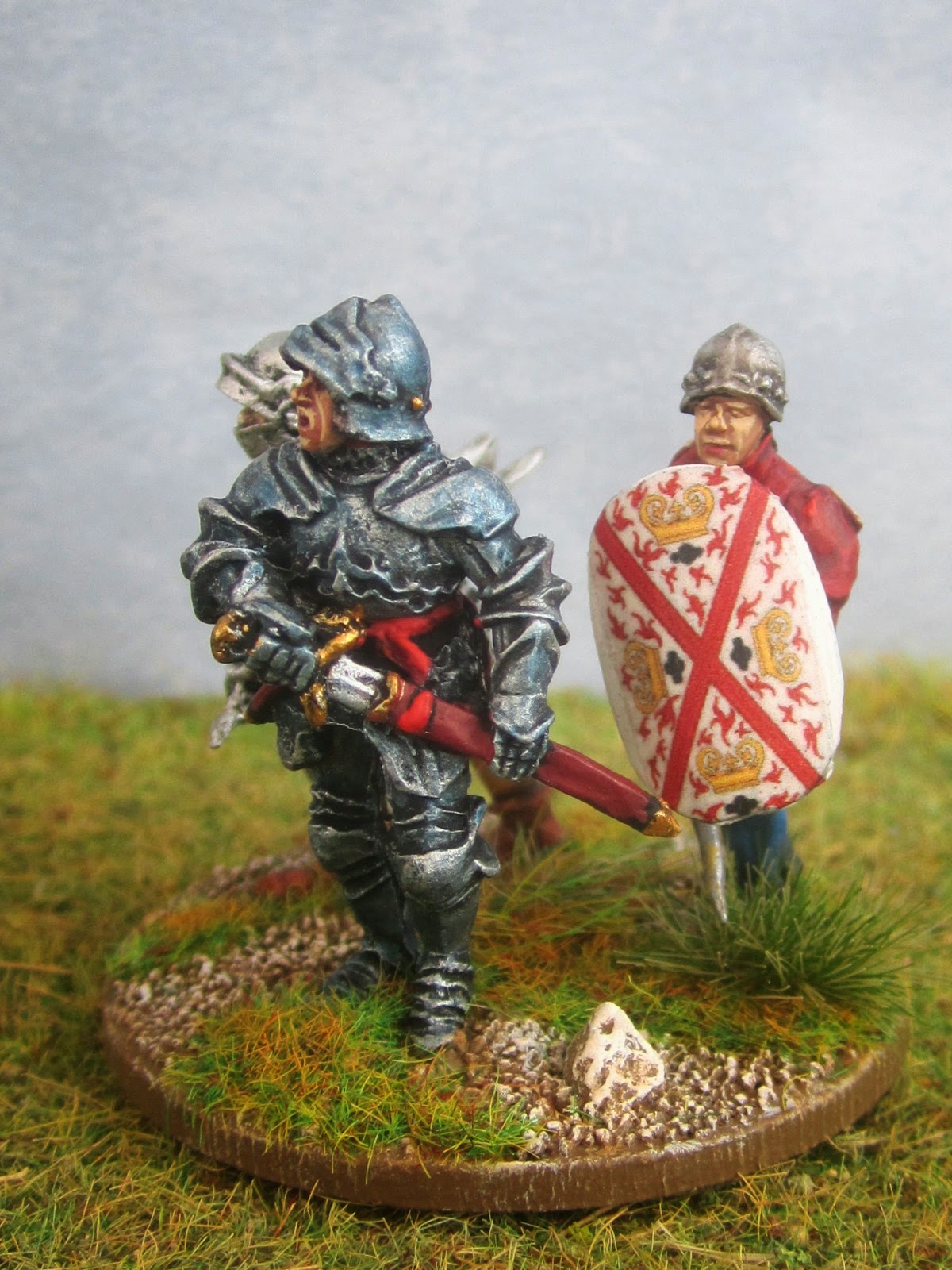 So, like my knightly miniature friends, it appears I'm 'back in the saddle'...and looking forward to starting a unit of dismounted Burgundian household knights, with the forthcoming Perry plastic box!