The Perry Miniatures Light Cavalry 1450 – 1500 have officially broken cover and will be
released at Salute show in April. 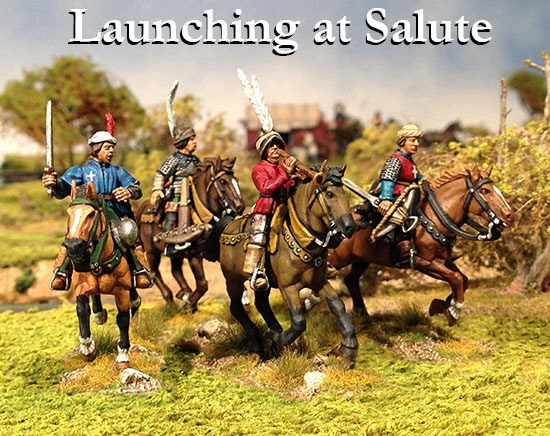 I had the opportunity to paint samples provided from the test production sprues to denote troop types that Michael requested; which have been used on the Perry’s website and I believe in the box
art/insert. 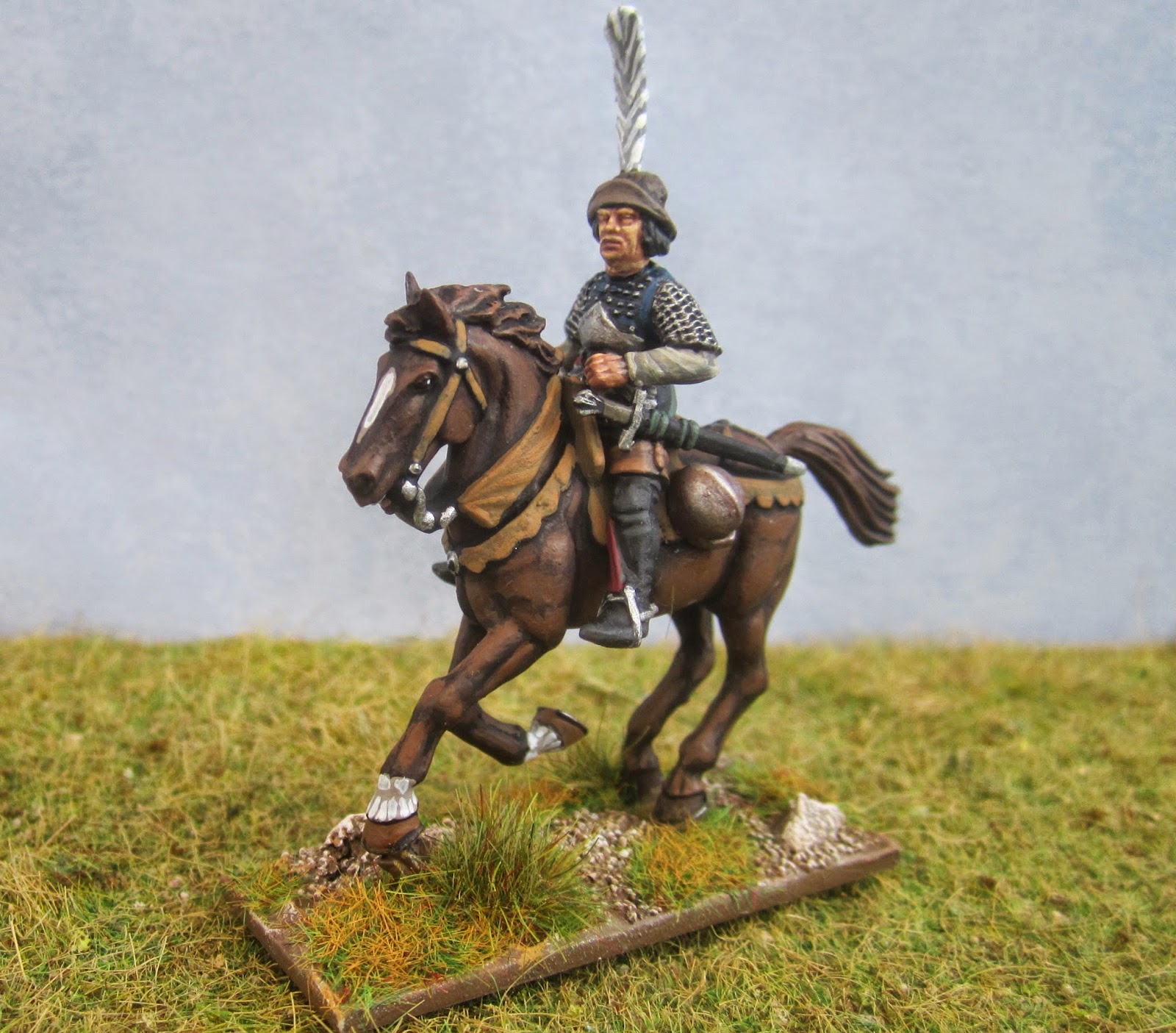 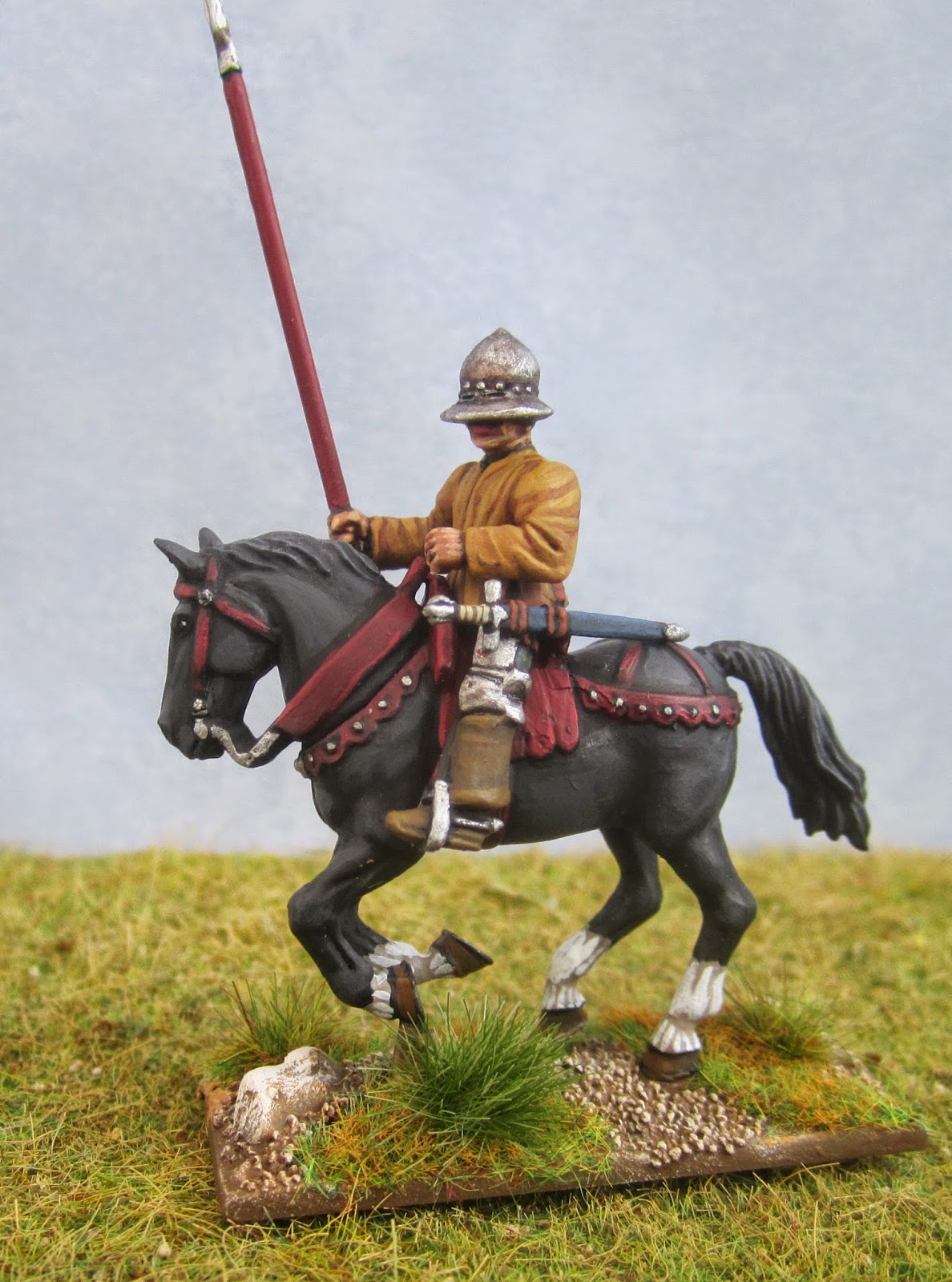 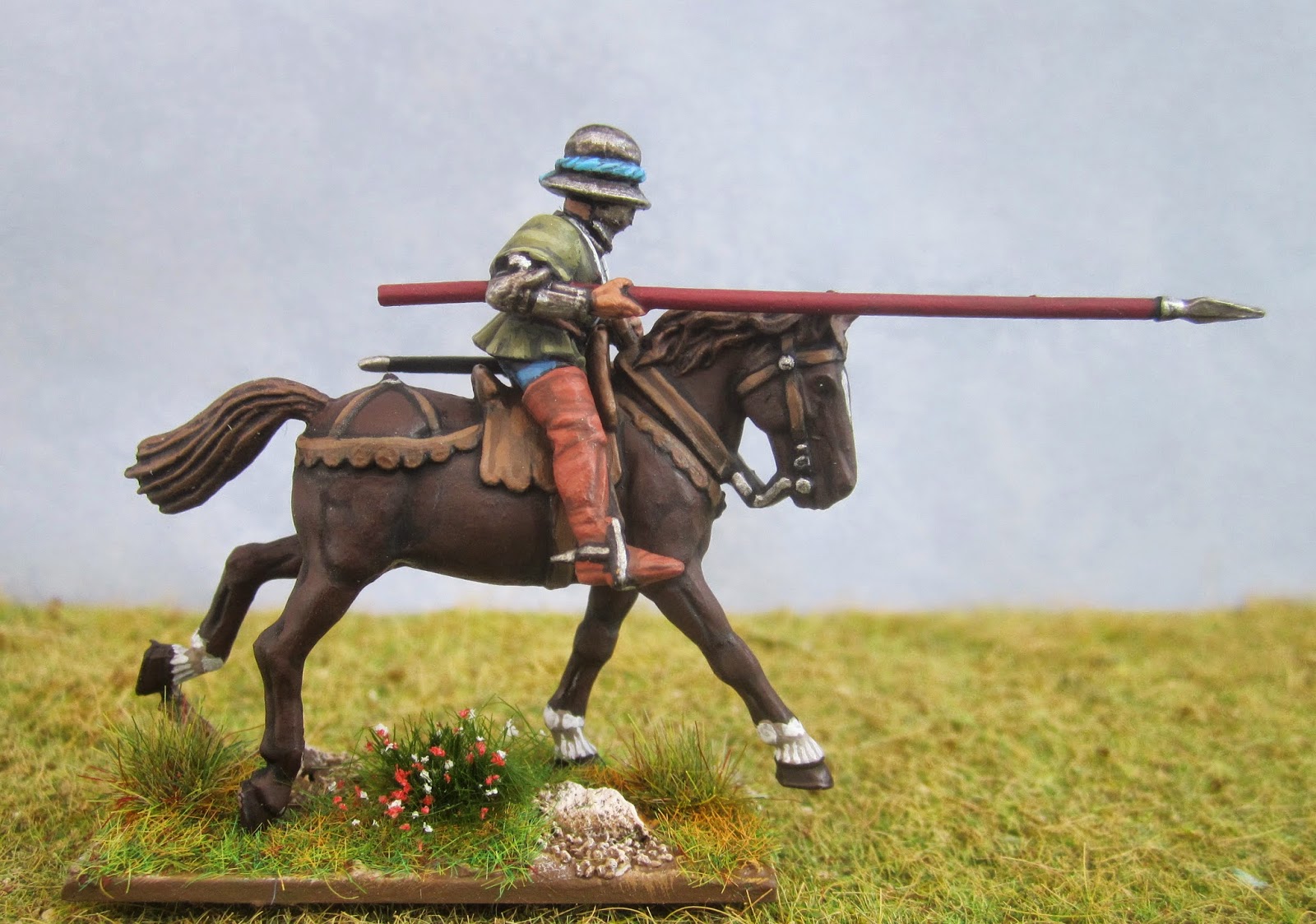 As previously with the Perry's late medieval range, this box provides great figure options to create spear-armed coustillers, hobilars, crossbowmen, longbowmen, et al - most useful for European armies but I’m sure that many mounted longbowmen and hobilar types will be finding their way into WotR armies too. There are more variants of helmets too – my favourite is the onion shaped kettlehat – but there are several helms and heads which will be used in my future Swiss army. Also the arms for the crossbowmen and longbowmen, plus the separate arrow bags, can be used to create more variations of plastic foot figures, which I’m already planning. 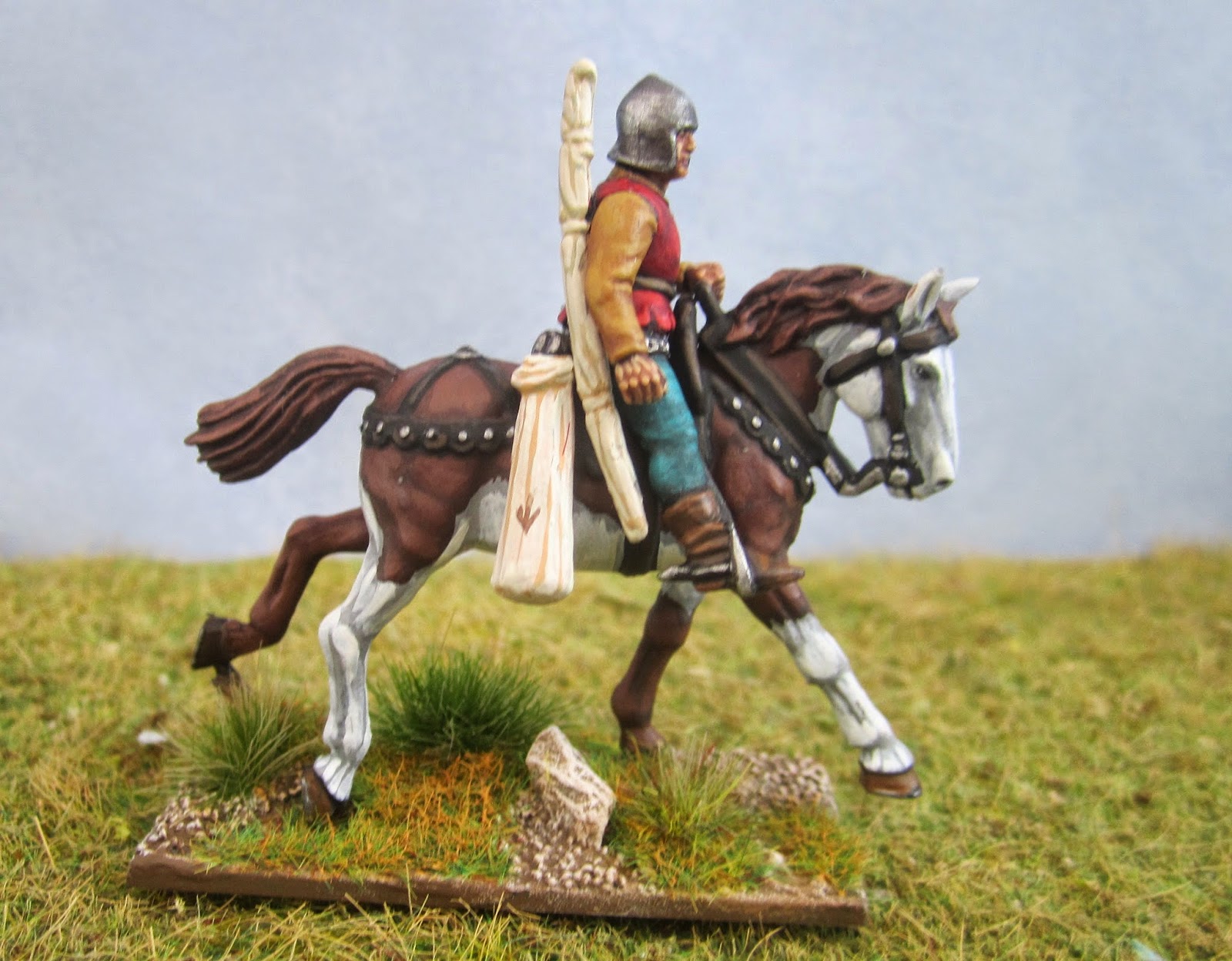 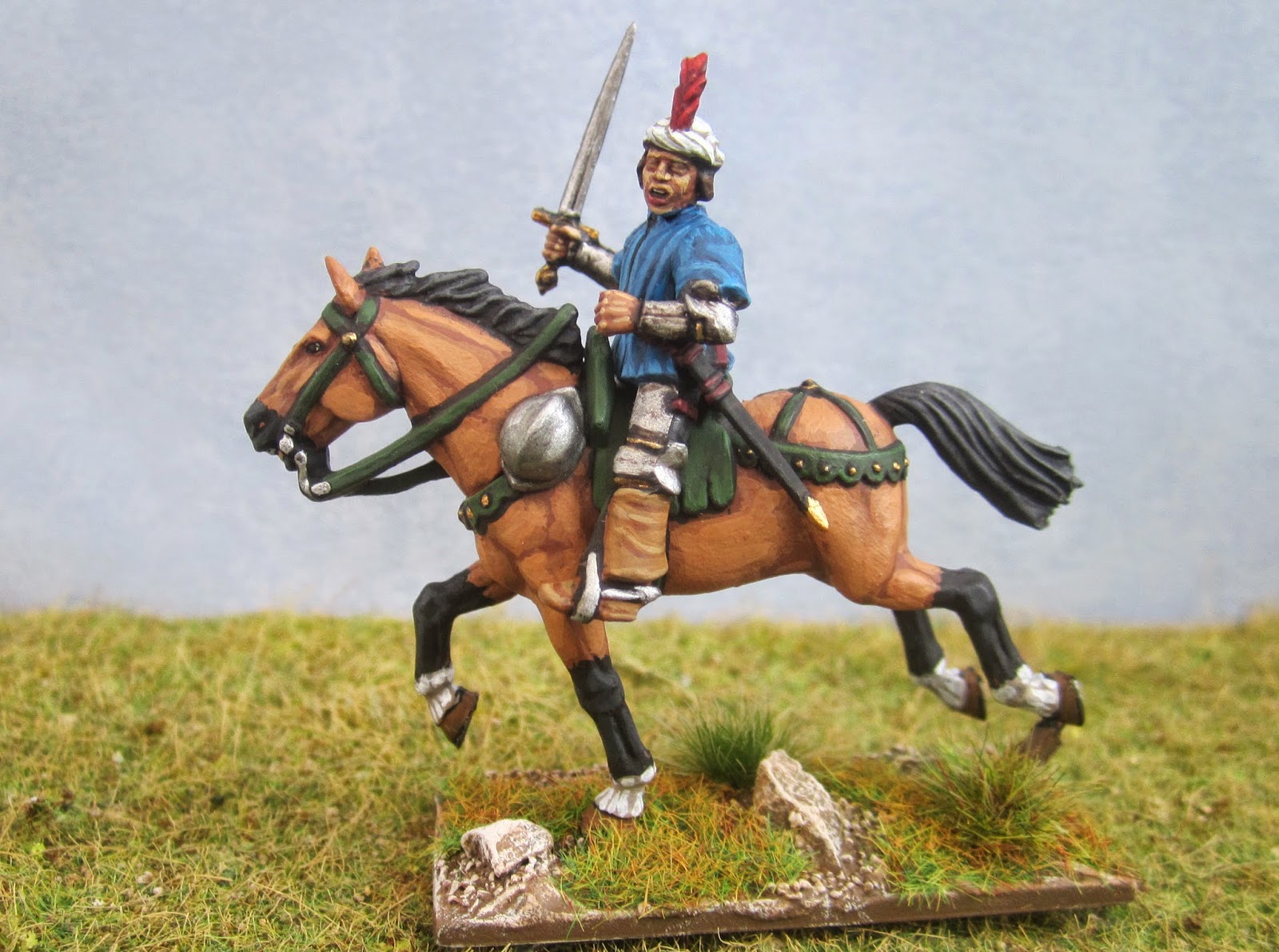 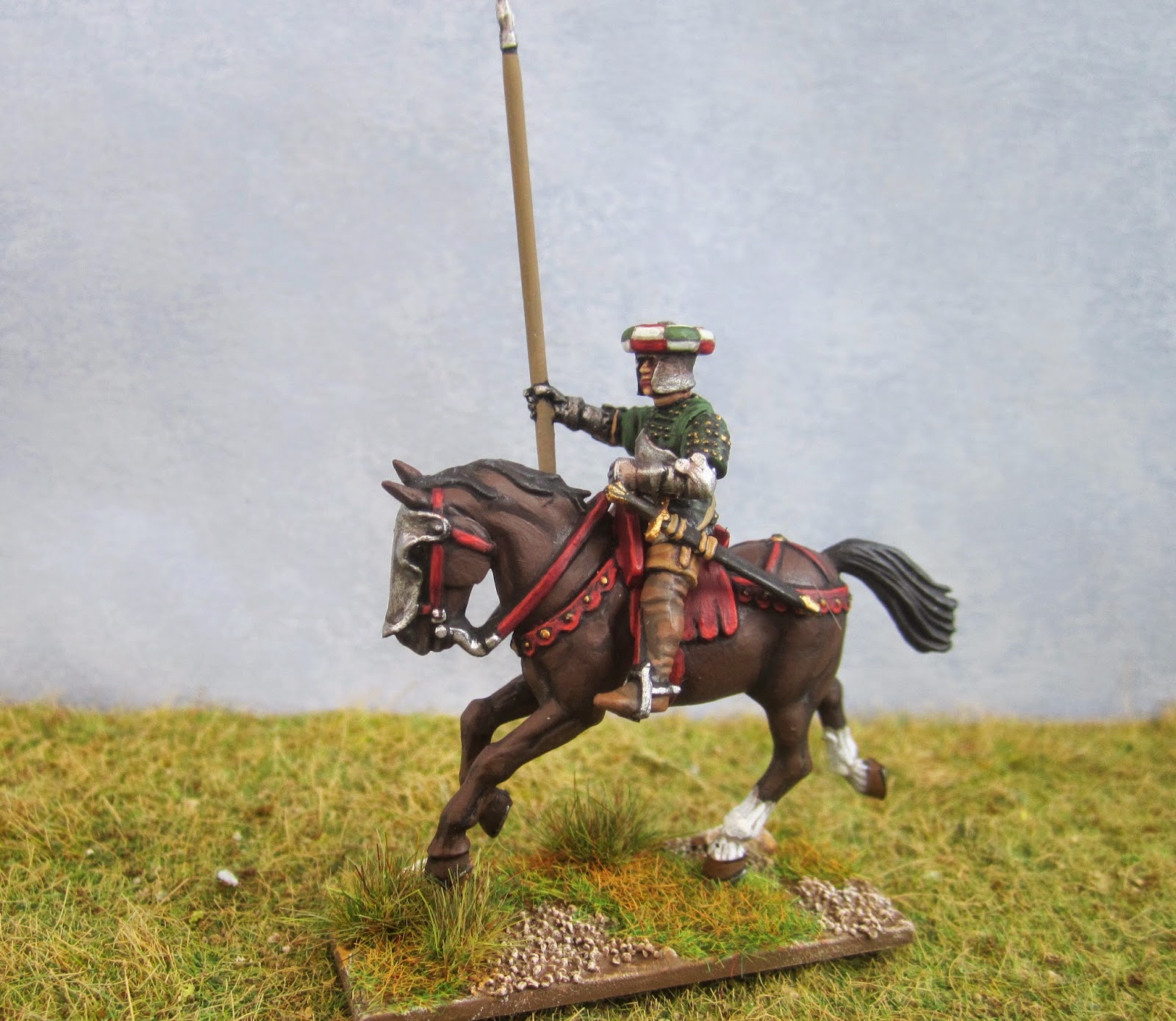 Here’s some pics of the painted light horse, before their foray to Nottingham. 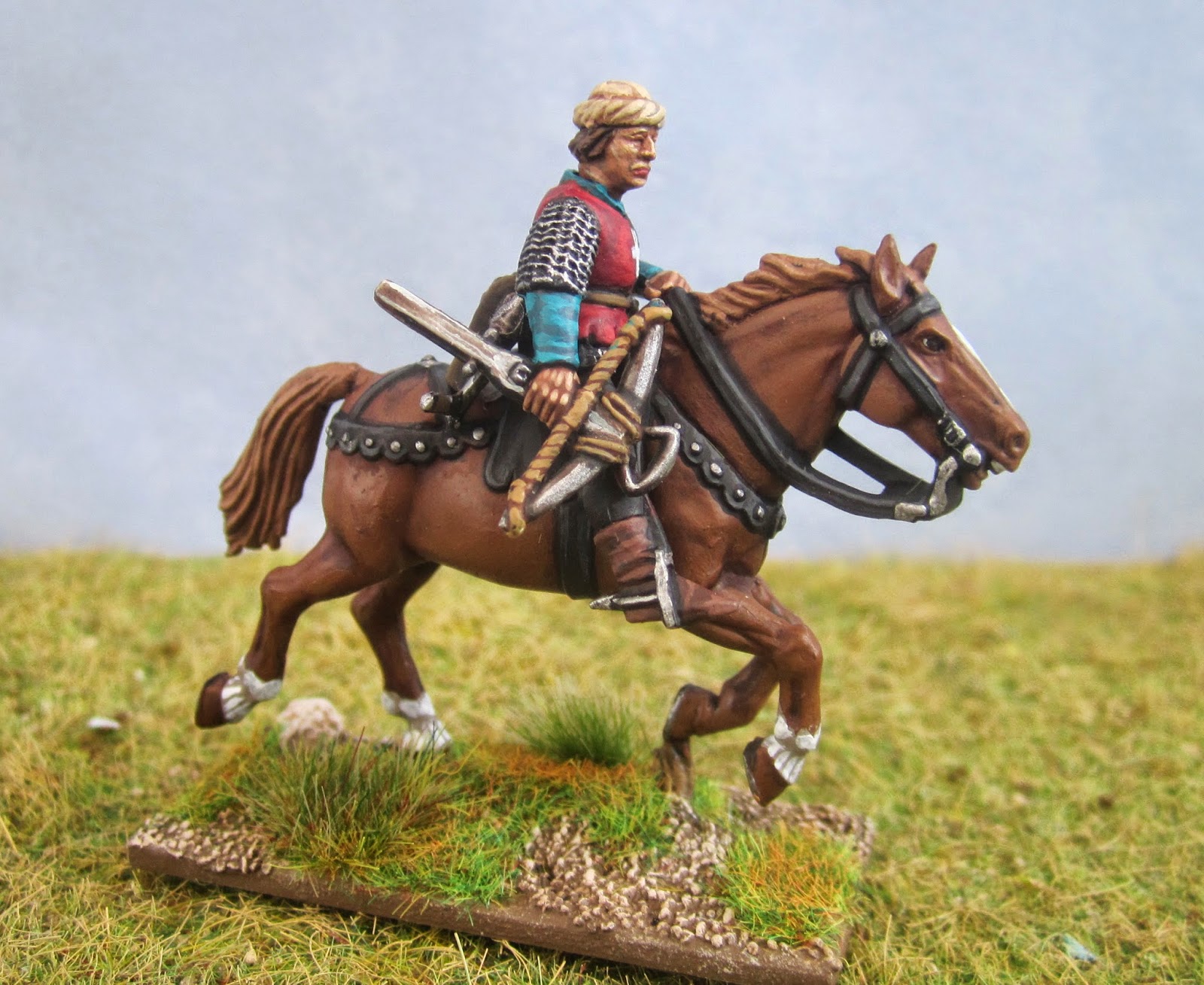 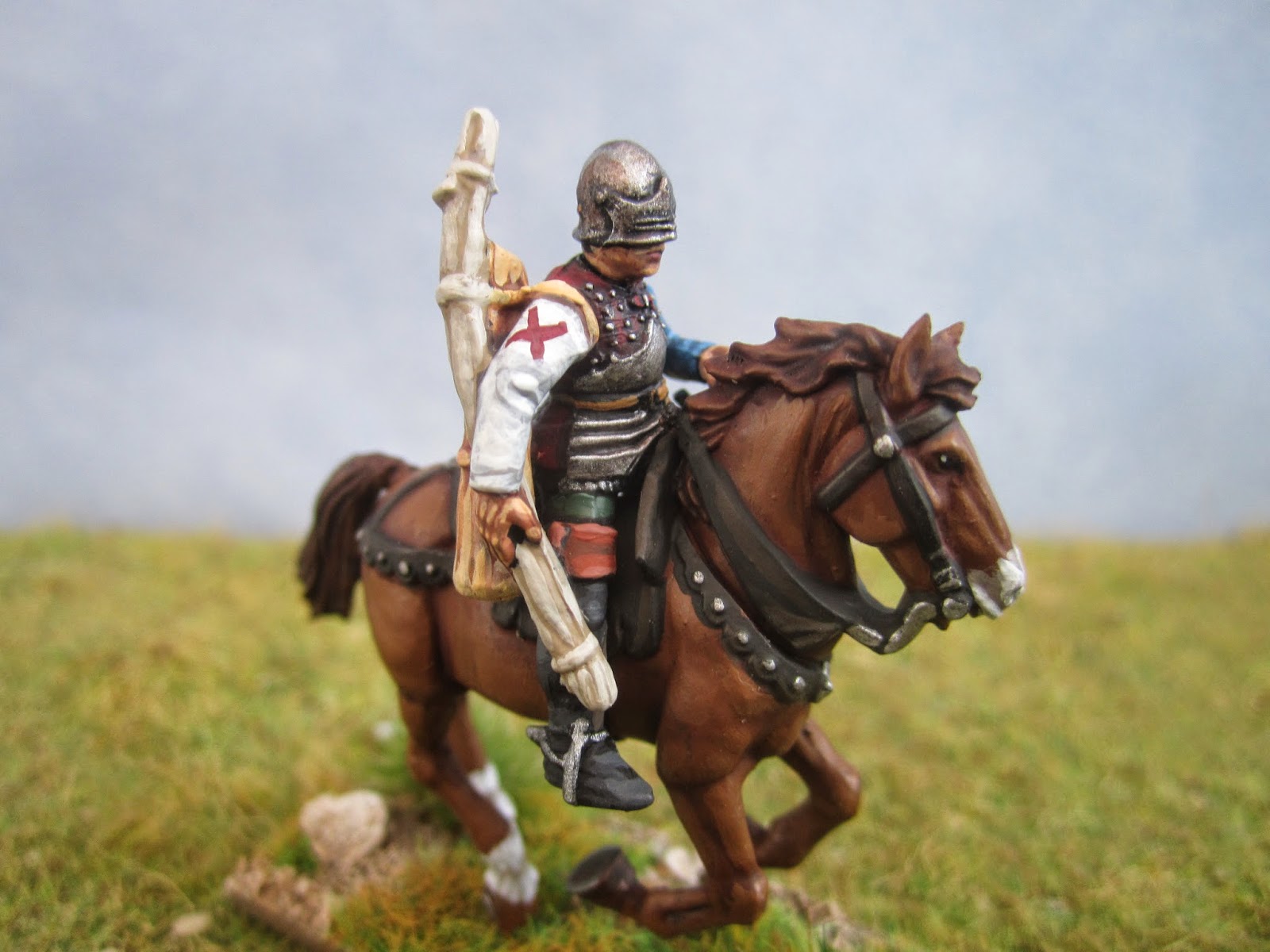 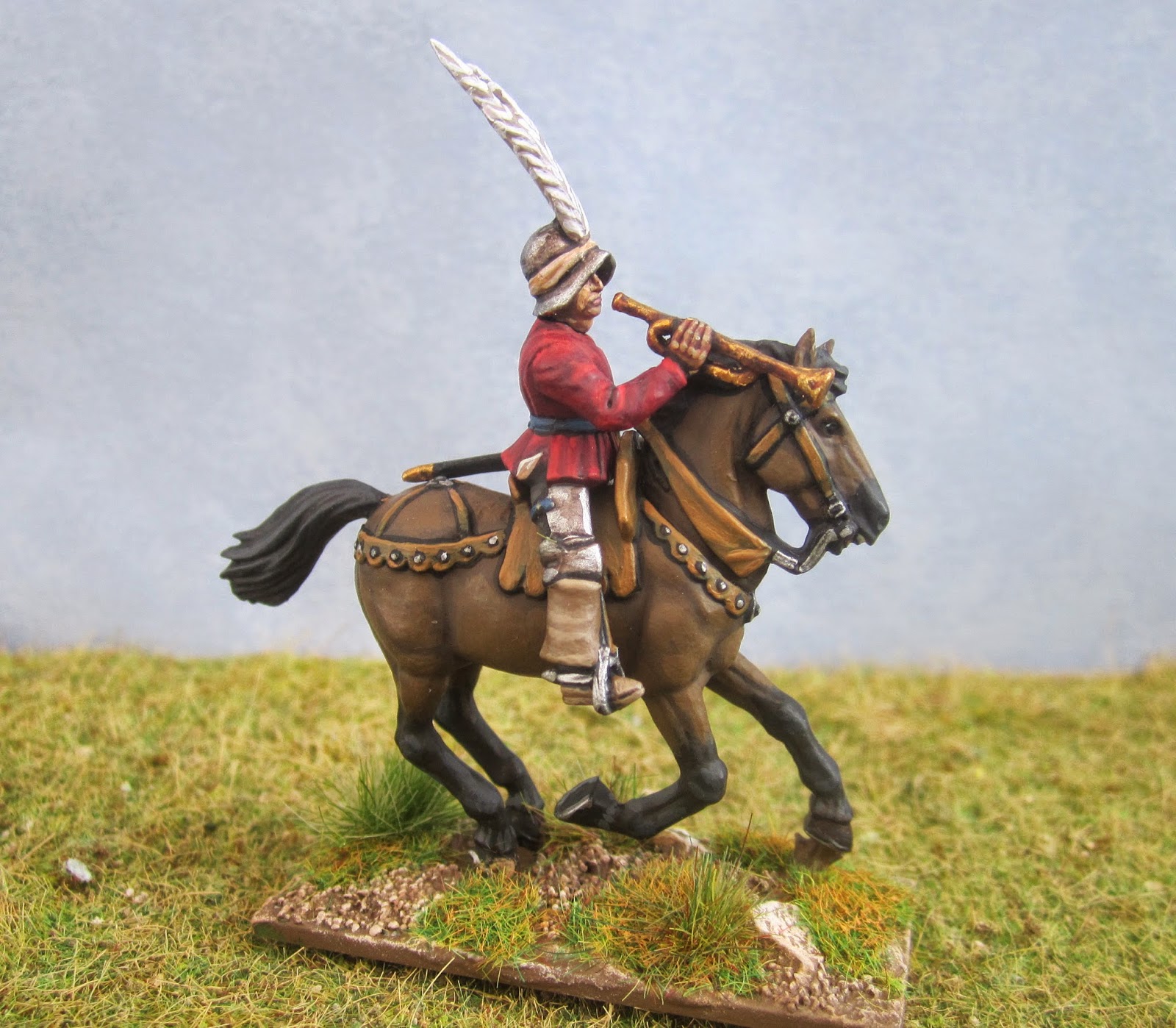