Just managed to sneak in a final blog for the year. This is entirely thanks to Oliver at Steel Fist Miniatures, whose taken time out from sculpting for his forthcoming Samurai Kickstarter, to convert more Perry figures as companions for Charles the Bold for my second command vignette. I'm really pleased with these and feel fortunate to have Oliver apply his sculpting talents to create some wonderful unique figures, which capture the Burgundian look I was after. 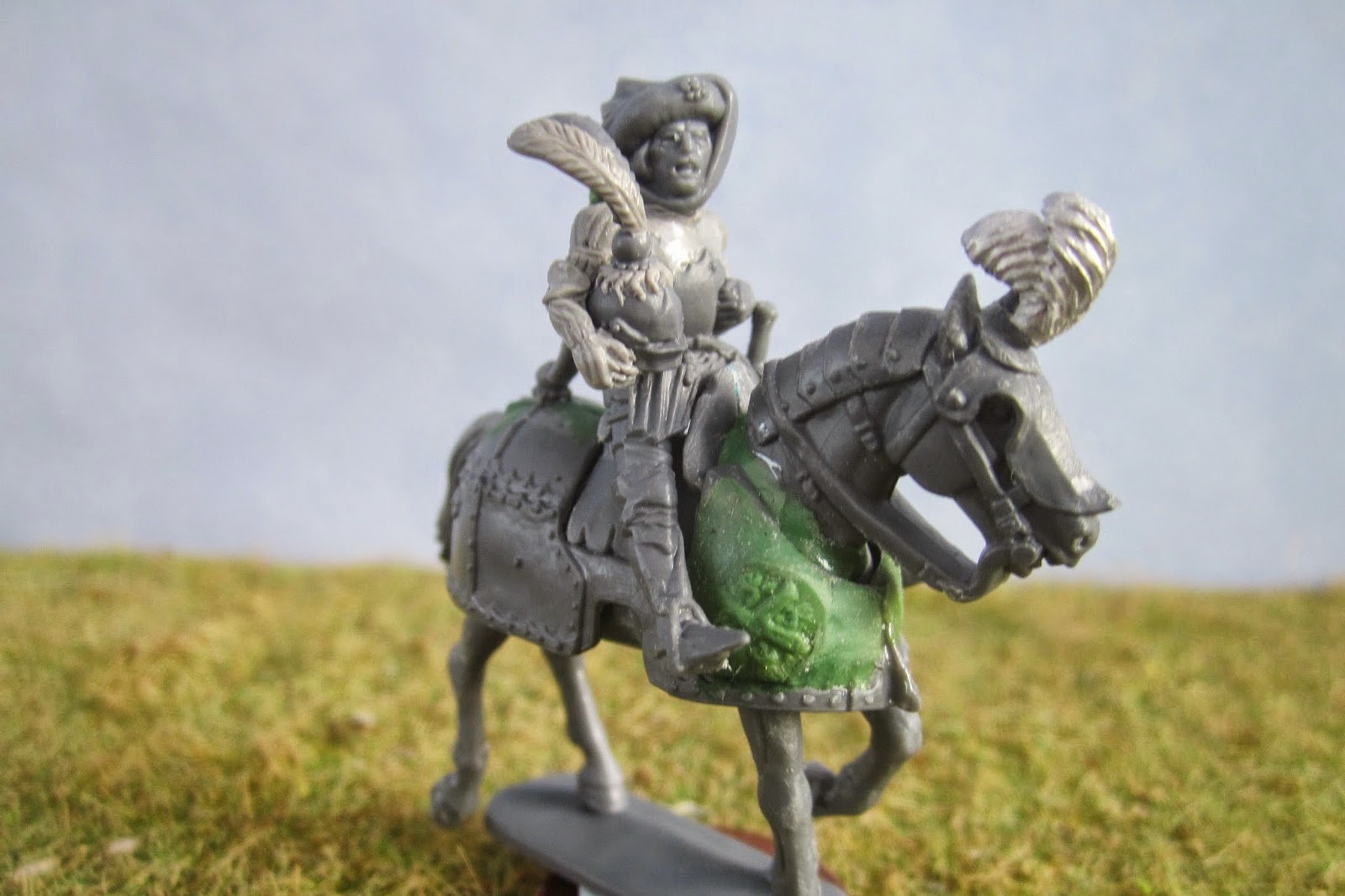 So first is a Captain recieving orders from the duke. He carries his sallet and is wearing elaborate pauldrons, as seen in Flemish sculpture and paintings, but which I don't believe there are any surviving examples of. This makes the armour style somewhat conjectural, however there are sufficient examples of this globular style with differing embossed patterns for it to have been contemporary and perhaps a style appropriate to high status armours. I have added embossed St Andrew's cross and flints to the horse bard. 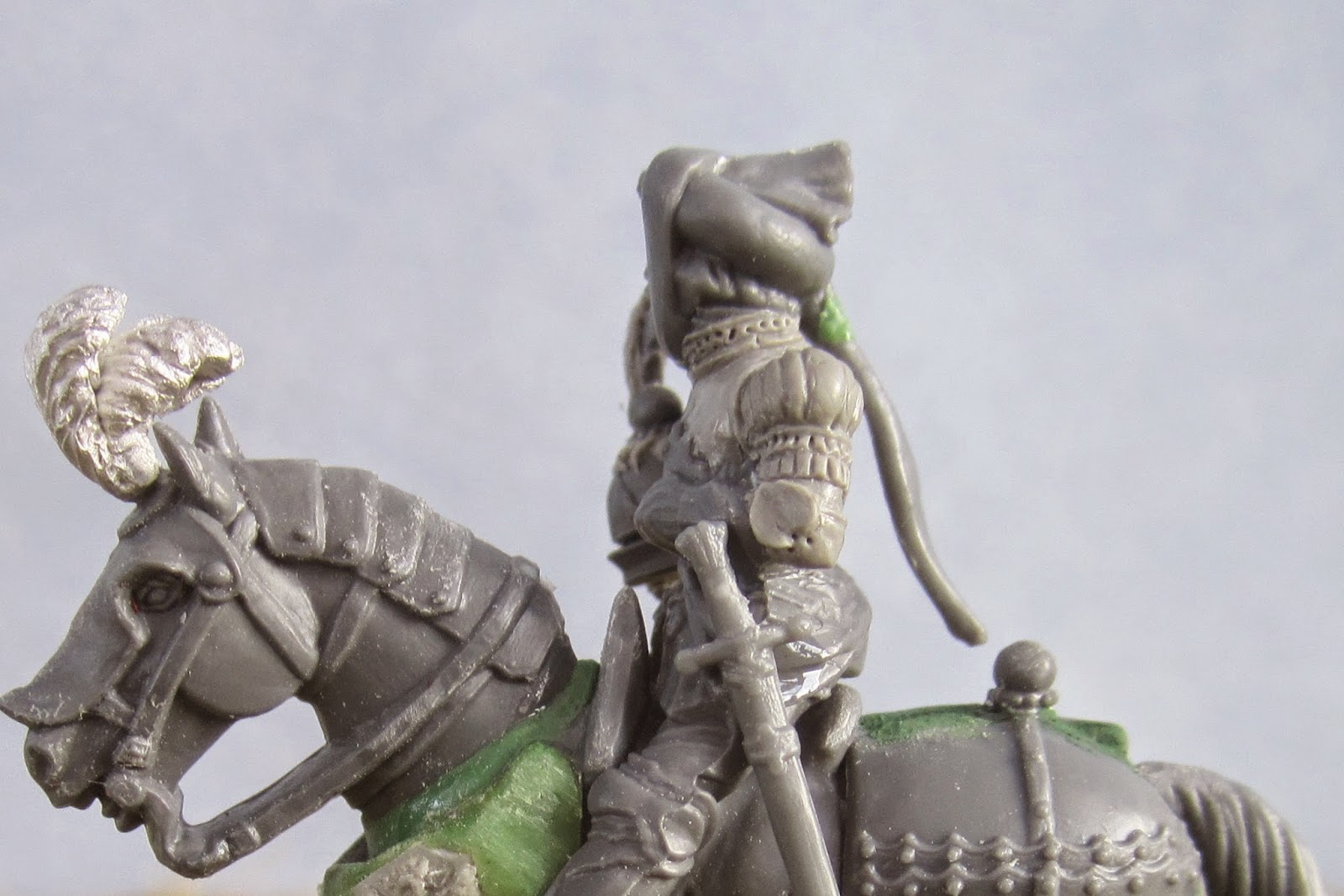 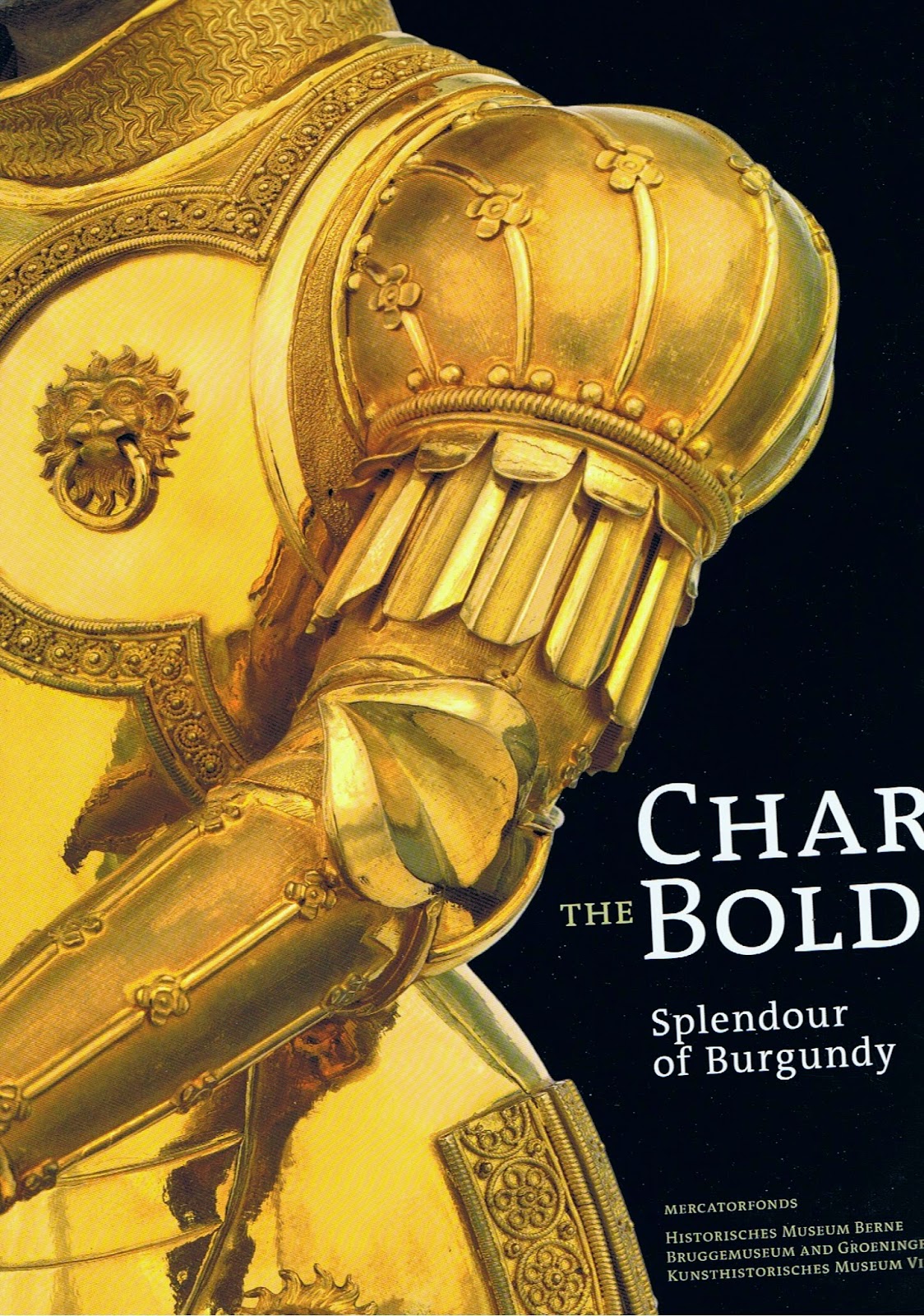 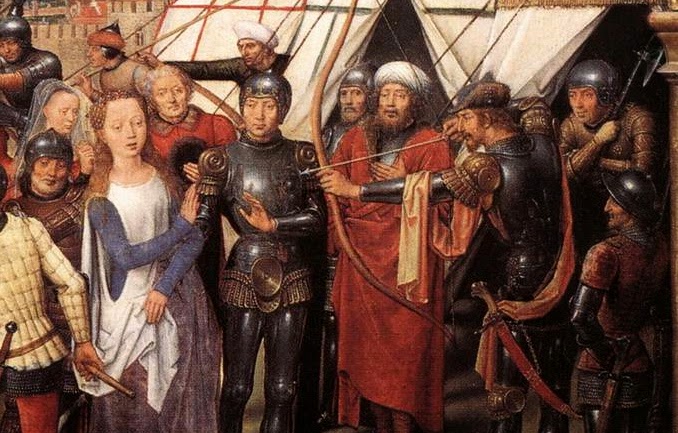 The flag bearer is a metal Perry, to which Oliver has added a fur-trimmed coat, again a style seen in many north European illustrations from the second half of the fifteenth century. The references I provided are a lovely example that a re-eneactor Juergen (who I met in Switzerland this year) has had made. The horse is a Perry from the freebie figure which I think was offered with the Men at Arms boxset. 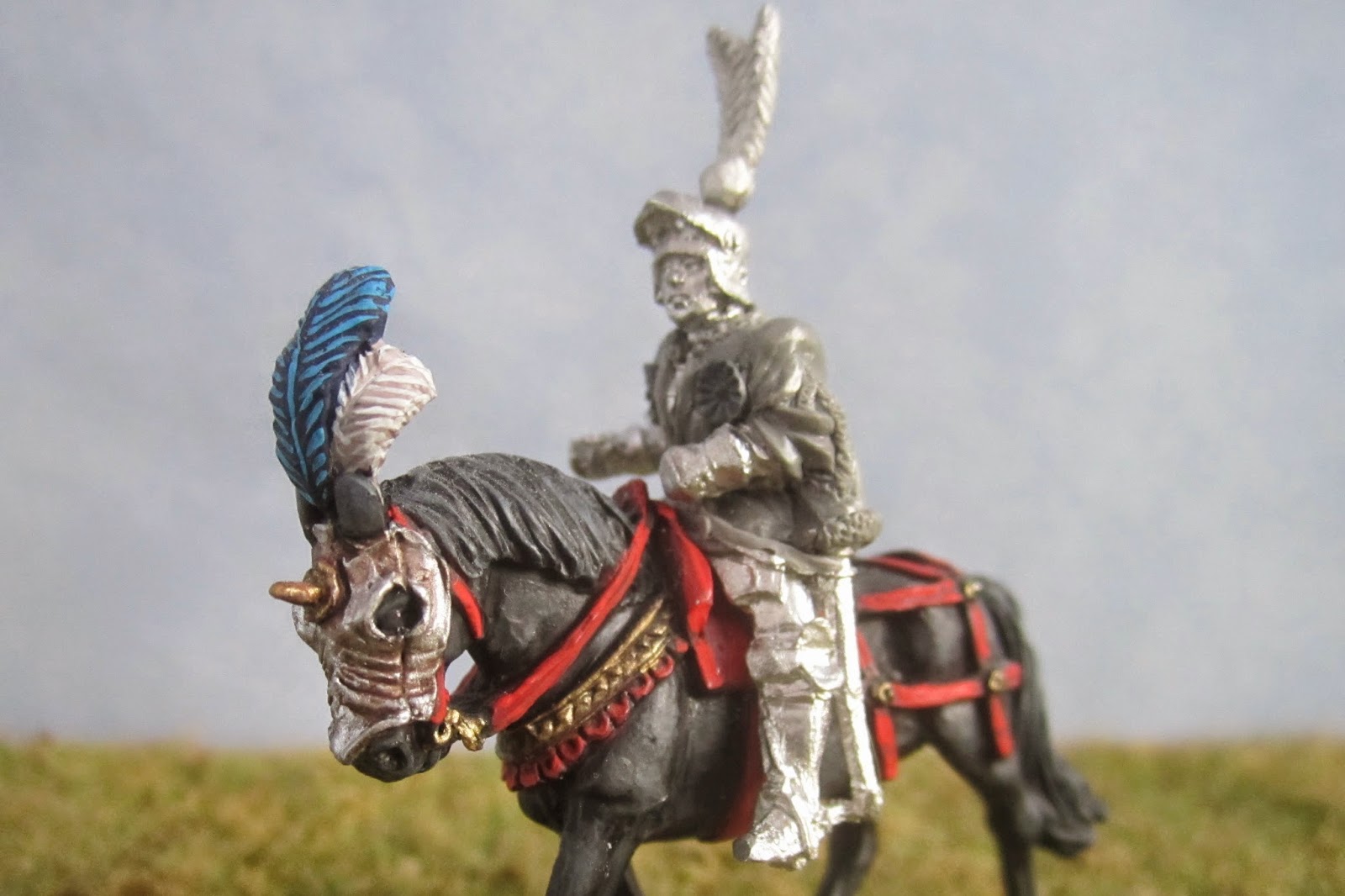 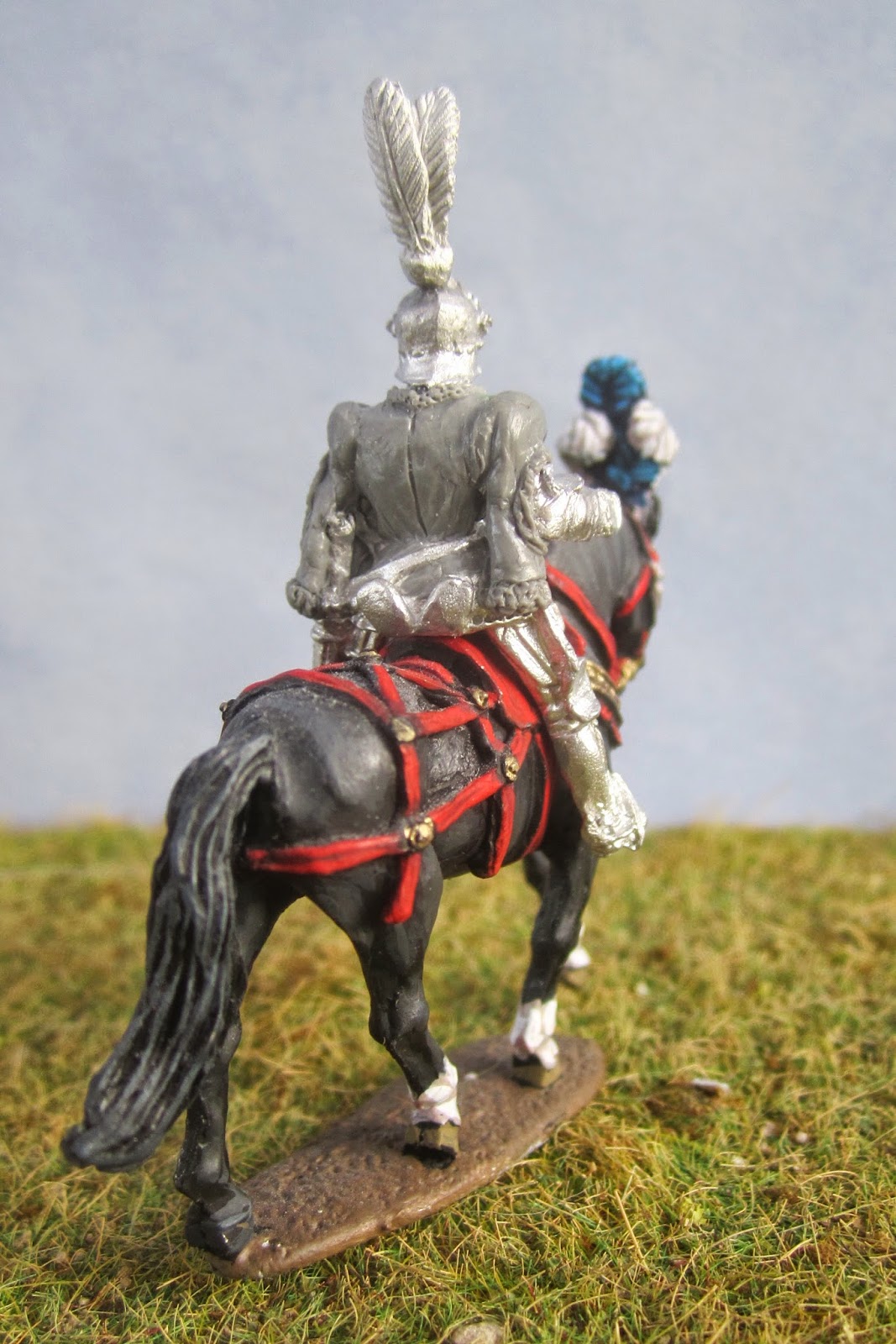 I have applied my limited conversion skills to create a pair of bodyguards - using plastics parts from various boxes (this is the joy of so many plastics figures and parts now available) with metal plumes attached, who'll be milling around on the final base. 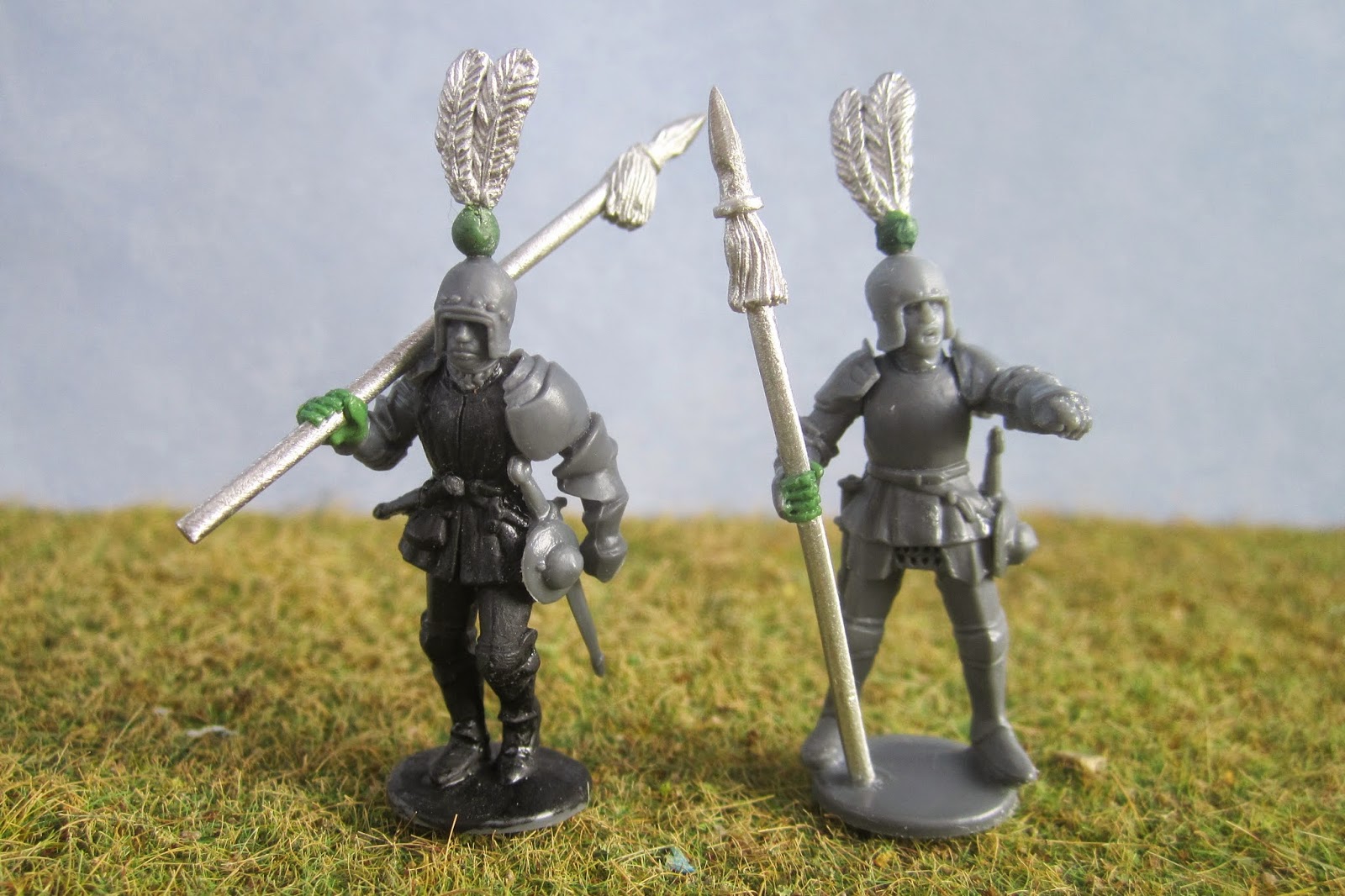 Finally the duke figure (converted by Oliver and shown in an earlier post) has a mount. Oliver added the caparison and I have used a Perry horse head, but removed the mail, to just leave the crinnet - as this is to represent Charles in command of his forces, but not in full harness. 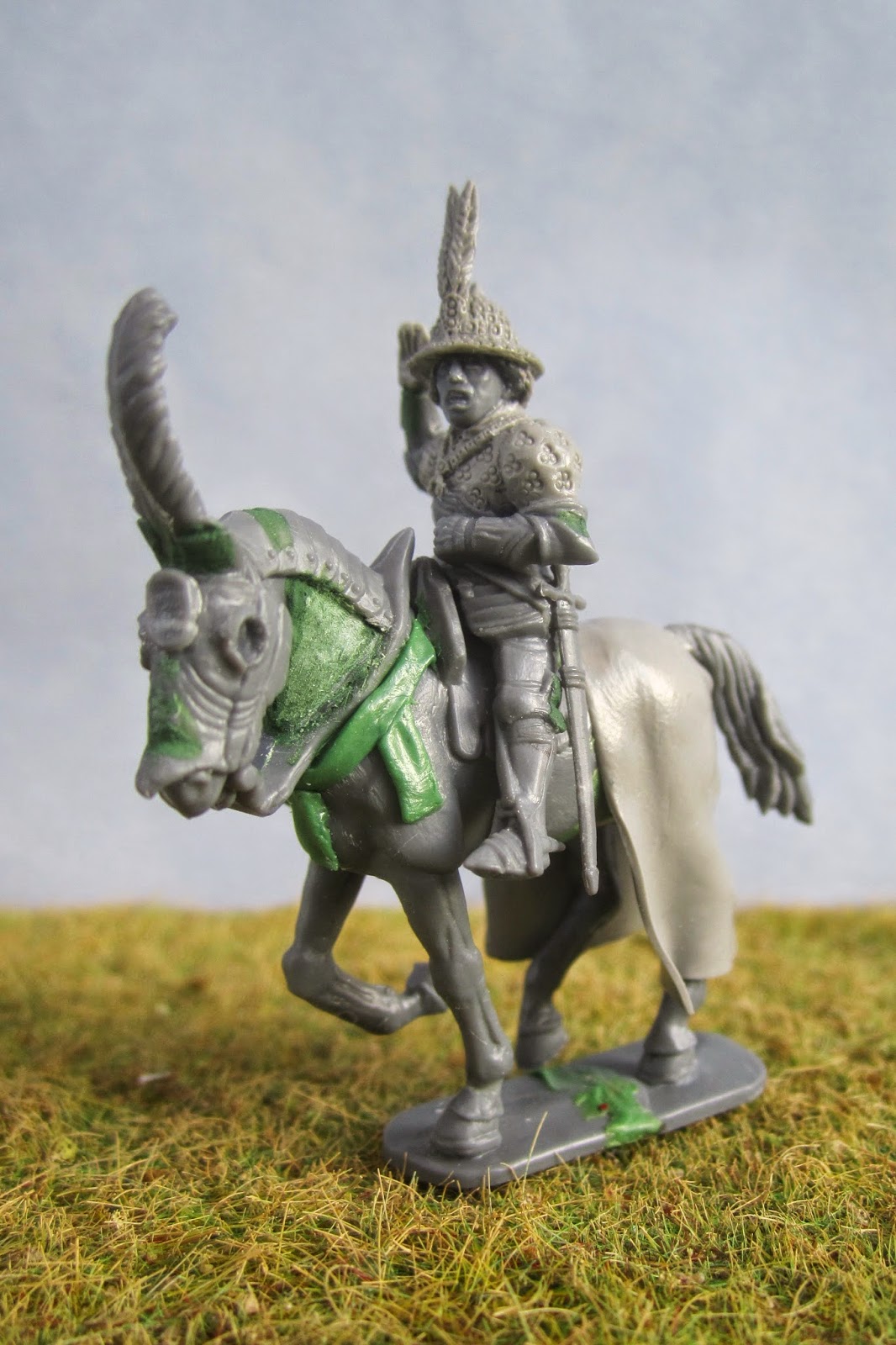 Now I have to find the ideal posing for them on a base and paint these to try to do some justice to the great conversion work....first up on my list for 2015.