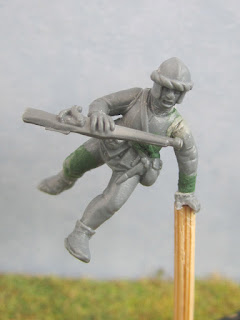 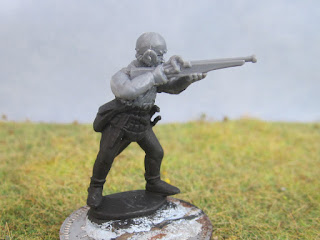 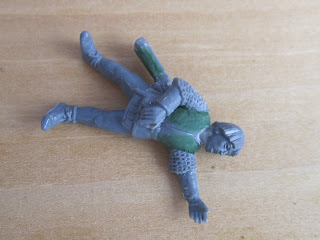 I always love adding some vignettes to enhance an army and usually I'll end up spending far too long on them. However these two have been done relatively swiftly this week, in a couple of painting sessions. I think they are some of the nicest sculpts of the Perrys Late Medieval range so far - I'm sure they're more great figures to come. 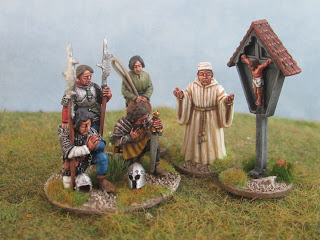 First is a scene depicting Burgundian troops taking mass - perhaps before combat or just as part of their daily ritual - beside a wayside cross, accompanied by a priest. They wear Italian style dress and armour (from where Charles the Bold recruited many mercenaries to his Ordonnance companies). The shrine is compiled from a Noch model railway kit which contains several such useful items, which are HO scale but seem to fit in OK - in fact I cut down the height of the post for this one a little. 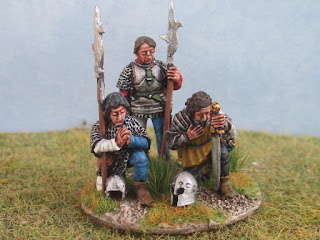 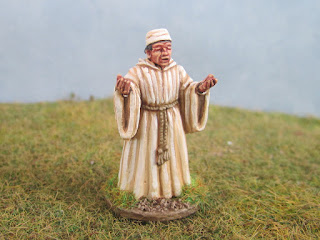 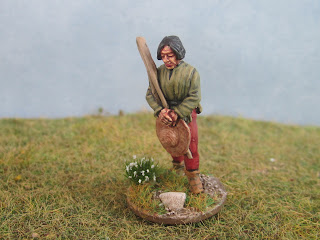 The other pair are from the Perry casualties set and is a wonderfully detailed one-piece sculpt; inspired I'm sure by a Graham Turner illustration in the Osprey 'Condottieri' book. I love the arming jacket shown where the man at arms armour plates have been removed or torn away from his injured left arm. 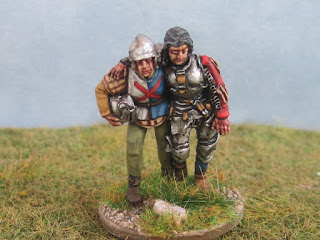 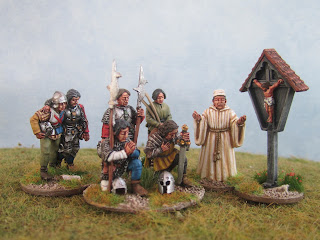 Not much more to say really... but fun to paint up.

Burgundian Men at Arms - another contingent.

These Burgundian men at arms have been lingering around in a semi-completed state for far too long, so I decided to finish them off. 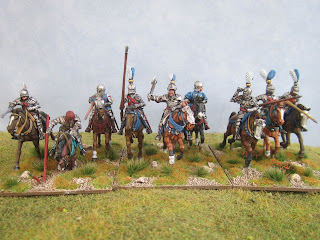 Previous postings on the blog, some months back now, contain info re the casualty figure and the horse tack variations. There were five men at arms still to be done and I also decided to change the flagbearer for a metal Perrys scurror, instead of the plastic one I'd already finished (who'll be relegated to be a second rank coustiller). 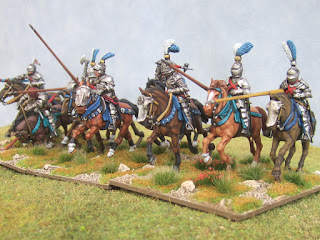 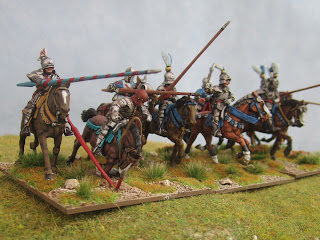 Part of the reason they'd been left unfinished was that I wanted to add plumes to the majority of the men at arms that I still need to do. Charles the Bold's ordinances decreed that all men at arms should be attired with blue and white plumes on their sallets and on the horses head. Not all contemporary illustrations show them wearing plumes, but they add to the visual appeal and give them a degree of 'uniformity'. I have some old castings of plumes that I've been using up for several years now, but I commissioned Oliver at Steel Fist Miniatures to design some more for me, along with orb plume holders. I'm currently using a few that were cast for me and we're currently sorting out a production mould so that I'll have plenty of them to use. Where the horses are barded and wear a chamfron, I'll add plumes on too - perhaps replacing some of those on the Perry plastics for more variety. I think that the plumes do enhance these figures really well. 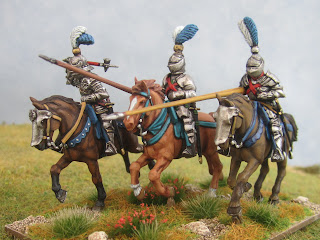 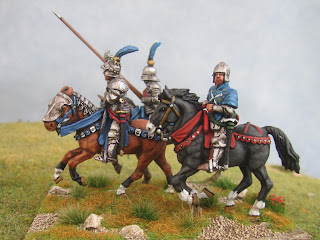 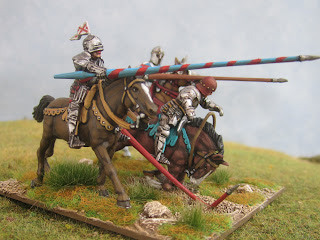 A flag for the Ordonnance Company will be added later; I've not decided which one to portray yet, but somehow medieval figures never look fully complete without their flags and pennons. These bases will also be supported by a rank of coustillers. As Michael Perry has announced that Perry Miniatures will be making a box of plastic 'light cavalry' (with a sample 3-Up green currently on their website following Salute show) these will be ideal figures to form the bulk of the coustillers. This means of course, a delay before I can get going on them - so more men at arms will have to be prioritised. I hope the wait for plastic 'light cavalry' won't be too protracted... 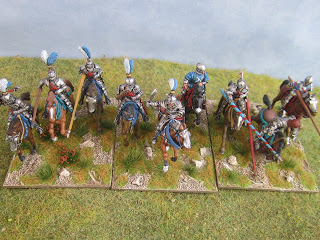 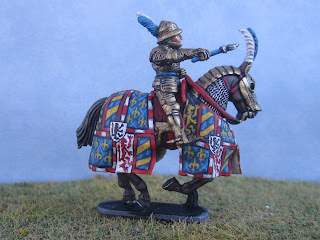 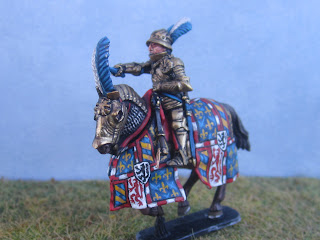 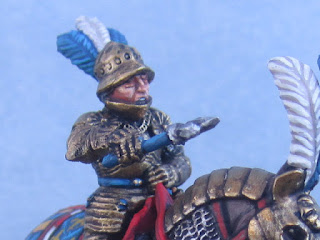 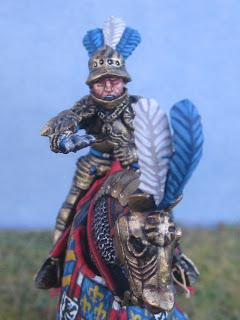 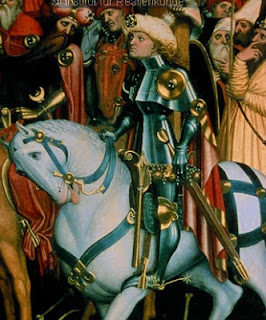 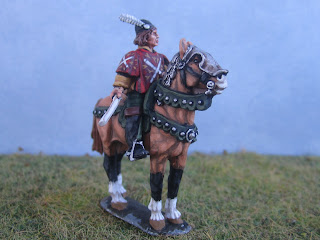 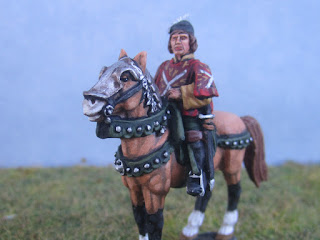 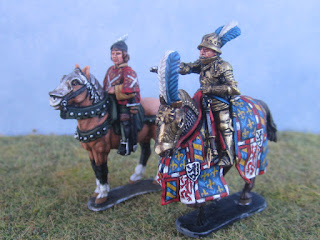