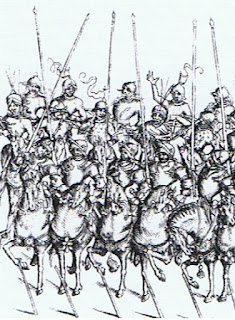 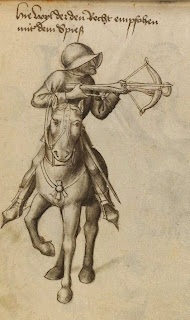 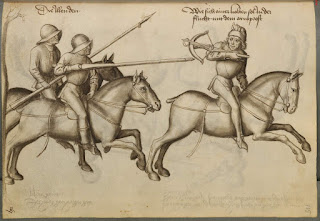 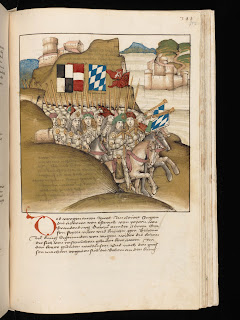 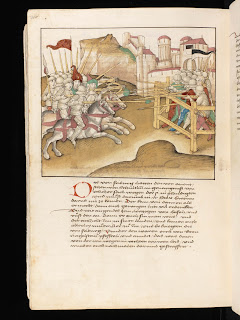 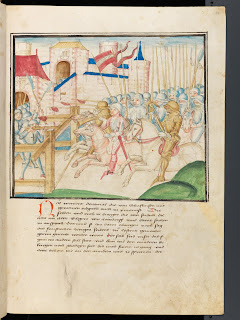 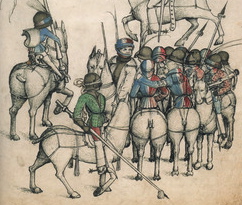 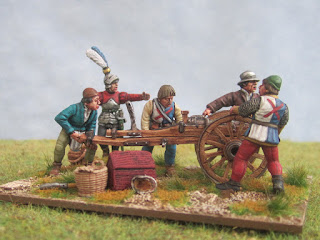 The completed base, representing an Burgundian Ordonnance artillery piece being rapidly realigned to try and fire on advancing Swiss, who have suddenly appeared advancing at speed from a different direction than anticipated. Grandson or Morat perhaps? 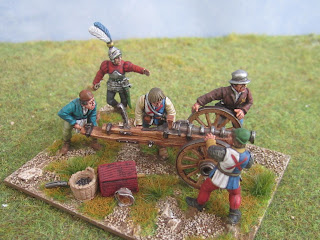 The figure composition was as outlined in a previous post. The master gunner shouting orders at his crew has been completed with a Perry Minis open visored sallet from the mounted Men at Arms box. This has a plume attached - which is one of four that Oliver James of Steel Fist Miniatures has sculpted for me. The detail of the sculpting is really great and I plan to get these cast up soon, so that I can add more plume variations to helms and chamfrons on my Burgundians. I smoothed away some of the moulded breastplate to have him wearing just a plackart with his doublet. Artillery equipment on the base is a mix from Front Rank and The Assault Group. 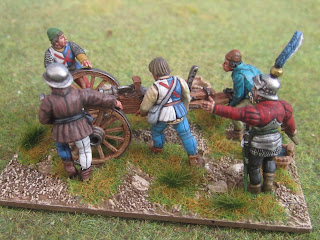 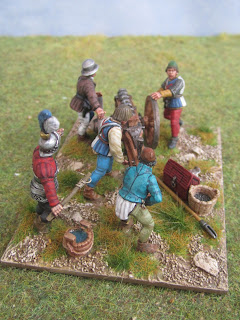 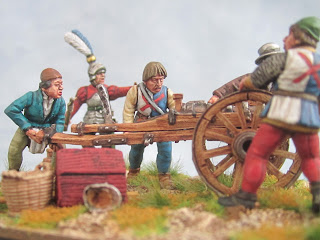 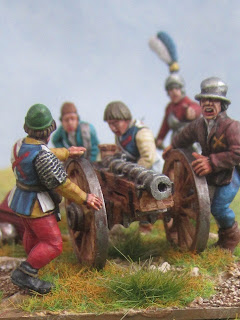 I should now focus my time on my HYW at Harness and Array - some postings are imminent.