Here is my command vignette for Charles, duke of Burgundy. 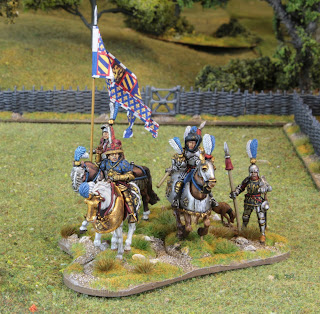 I completed these last week. I've been awaiting some shaped mdf bases with pre-cut slots, so individually based figures can then be arranged in different combinations (including other figures I may will add in the future) from Warbases. 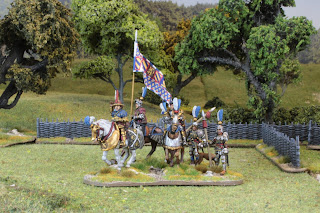 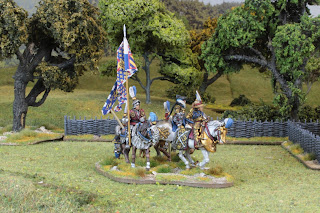 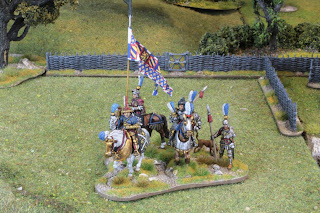 So we have duke Charles, wearing gilded 'german' style armour with a velvet covered brigandine, leading his army in either practising manoeuvres or on the battlefield, and sporting his golden hat of pearls which was captured by the Swiss at Grandson in 1476. It was sold by the city of Basle in 1504 for 47,000 'gulden' and illustrated as part of the booty from the wars (see below). It was then broken up for the sale of the individual jewels later in the 16th century. There's a wonderful reconstruction of it I saw displayed in Grandson castle several years ago. Around his neck is a collar for the Burgundian Order of the Golden Fleece. 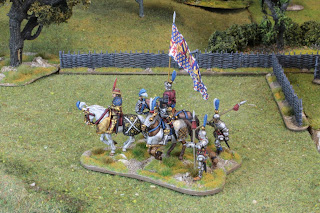 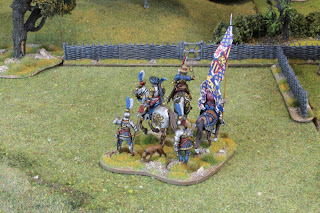 He's accompanied by a senior commander on barded horse, attired in a harness which has extravagant paldrons, which are based on contemporary images (notably a reliquary sculpture of St George with Charles the Bold) of the later fifteenth century - no pieces like this survive today.

The third figure carries the arms of Burgundy; I had a dalliance with adding a chamfron from putty. The duke is accompanied by two guards, wearing paletots bearing the entwined letters of C and M, denoting Charles and Mary, as seen on a tapestry. These figures are Perry plastics. 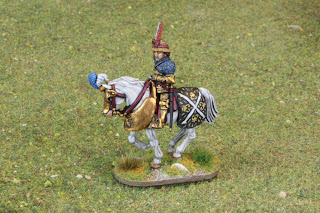 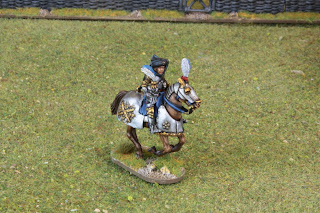 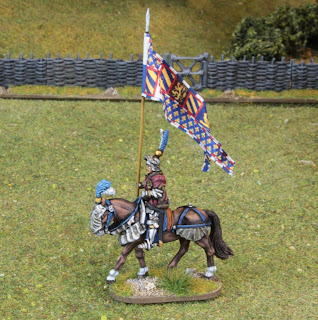 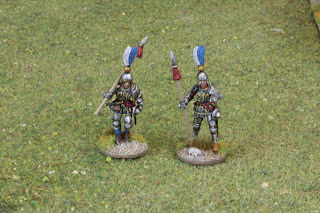 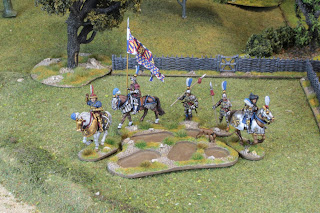 The base and individual figures

The conversion and sculpting of these figures is on a previous blog posting. 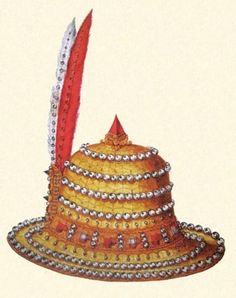 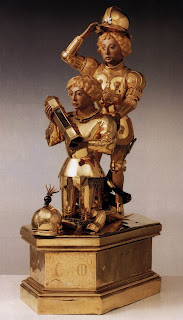 This vignette is the last planned addition to my Burgundians for the foreseeable future - but you never know... like most of us, I can get easily distracted!

This posting has leapfrogged my planned next update. I'm awaiting some bases being cut for my Burgundian command vignette (all the figures are done), so I've had time to paint up the Swiss conversions as a first unit of crossbowmen.

The main colours for my Swiss Confederation will be red and black, which I've taken from the city of Berne (who provided the majority of troops for the battles of Grandson and Morat) to visually bind them together. 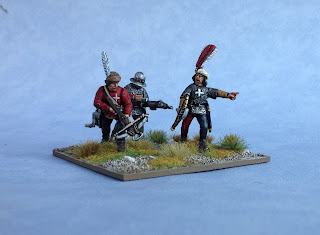 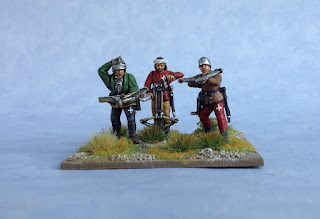 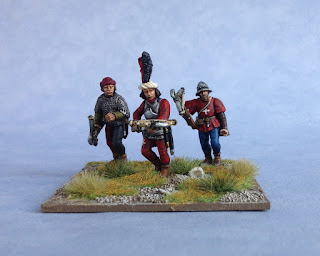 As usual on 60mm square bases. Happy with the completed look, although I'm trying to improve the quality of mail (added with Green Stuff) with the aid of new shaped tools (and invaluable guidance from Matt Bickley) and more practice. I'm pleased with a mail sleeve I've done - we'll see what the next batch look like. 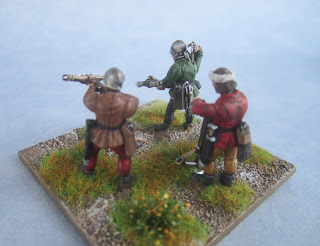 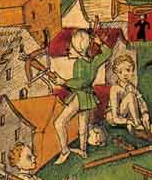 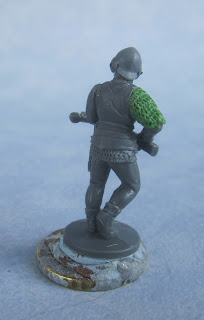