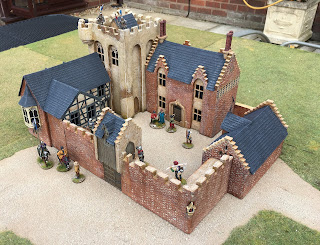 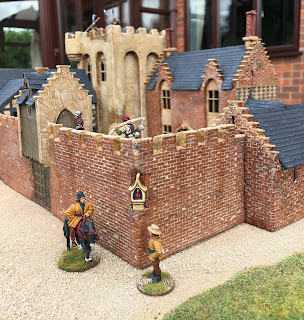 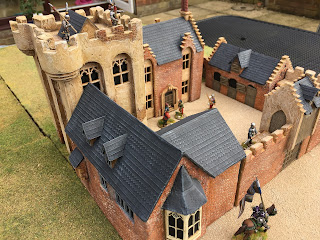 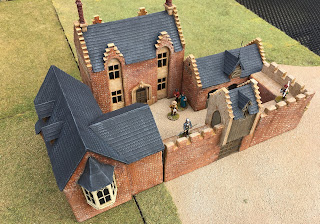 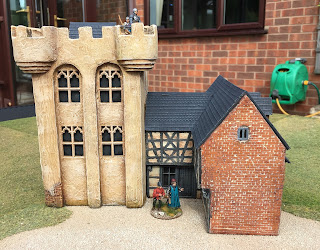 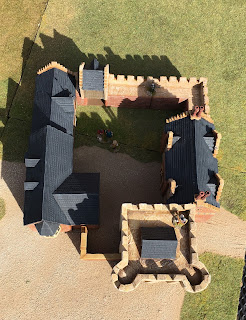 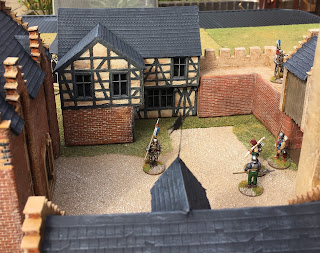 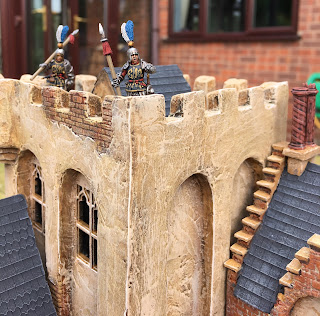 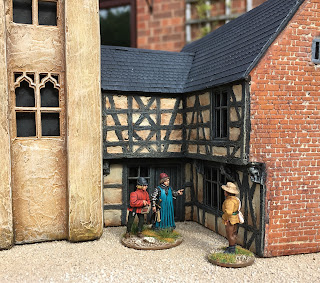 I was fortunate to have a day's gaming with Stuart of Army Royal blog this weekend. Our original wargaming plans were postponed and so we booked table at Battlefield Hobbies for a day gaming. First up was an AWI historical refight, which got many of my collection on the table for the first time in the 15 years that I've been assembling them. Pictures are here if anyones interested. We then used the same game boards, with appropriate terrain items and squeezed in a game of Lion Rampant, using some of my Burgundians.

The scenario was 'A gentle Stroll' from the LR rulebook and we applied some of Stuart's amendments to accommodate later period troop types and wheeled artillery, which really worked well. The setting was the revolt of Ghent and Liege towns in 1467/8 and the Burgundians had to cross the table diagonally, whilst harried by Flemish rebels - each side was about 30 points.

The Flemish were split across the other two table corners, with each wing containing pikes, shot and mounted troops and the single culverin placed with a line of sight across the Burgundian's route of advance. The Burgundians initially progressed well, with the English longbow keeping the Flemish at bay and a unit of Coustillers headed out at speed for the centre of the table. However they'd not yet encountered the Flemish mounted crossbowmen, who harassed and caused sufficient casualties to destroy them. This unit of models is now fast becoming notorious in the few games it's featured - having held up an entire wing of Tudor English men at arms in our Battle of the Spurs refight with the Perrys last year (it must be the witchcraft of David Imrie's paintwork on them!).

The culverin then caused another Burgundian unit to leave the field, but thankfully never managed to complete a reload before the end of the game. In the end Burgundian casualties mounted and only a single unit of longbowmen got to their target of leaving the field edge. The Flemish had 4 units intact and so it was another defeat for Charles the Bold.


Lion Rampant is an great fun game - it rattles along and we were all done is just over 2 hours - thanks to Stuart's growing familiarity with the rules. This has now got me thinking what other late medieval armies I could assemble for future LR games.
Posted by painterman at 03:28 14 comments:

So that the last planned vignette of a Burgundian captain all done. 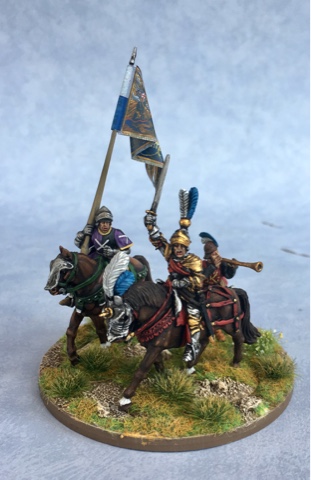 These figures are a little more generic - as the guidon is one of St George (based on a captured one still held in the museum of Berne) and which was associated with the Ducal Guard. 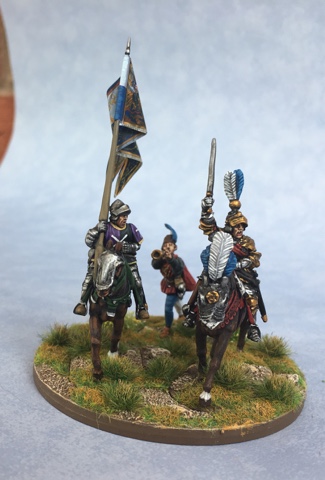 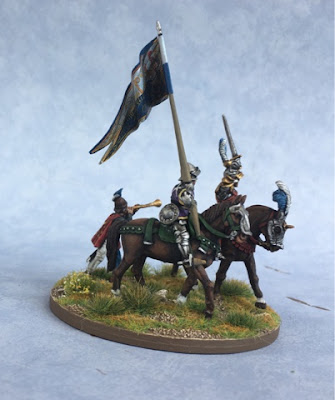 Figures are Perrys - the Edward IV figure for the captain (garter removed), plastic man at arms for the guidon bearer, metal horses and an Italian horn blower. The gilding on the captain's armour is based on a carved and painted image if St Florian in a German museum. 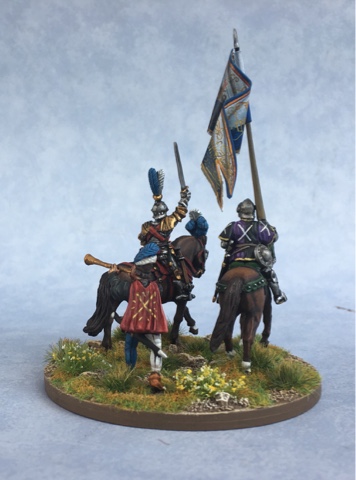 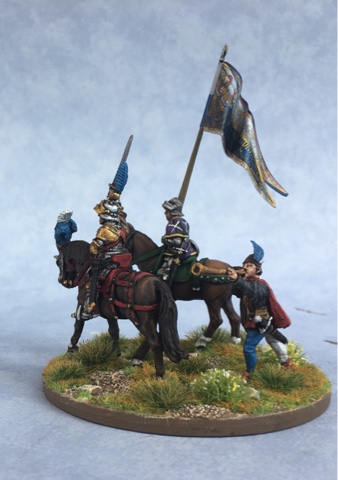 Apologies that pics are a tad dark....