A quick update on progress made. Three front rank bases of pike - of the nine planned - have been painted. 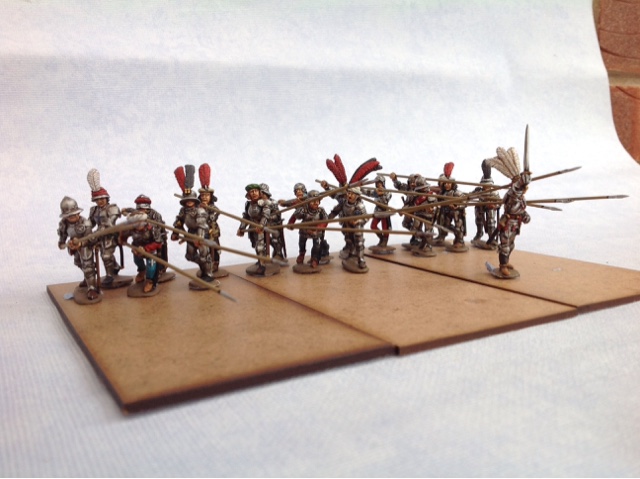 More heavily armoured figures are forming the front ranks, many in full harness, in my attempt to represent the images of the Schilling Berne chronicles. 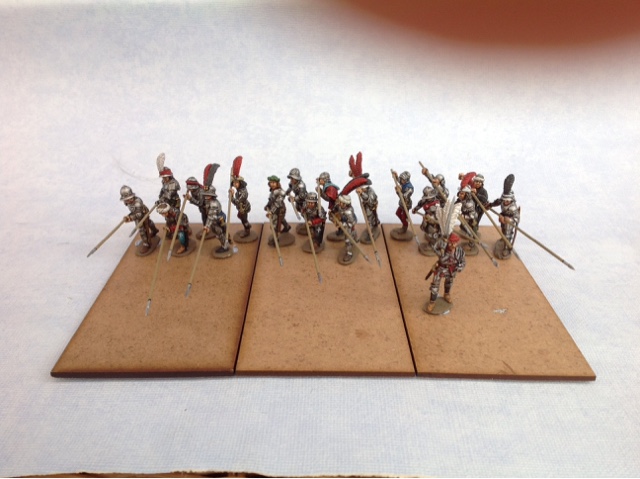 Think I'm OK with the arrangement of poses, but will wait until the next supporting base are done, before I commit to using the superglue. I guess a few discarded weapons and arrows could fill the space in front of the pikes. 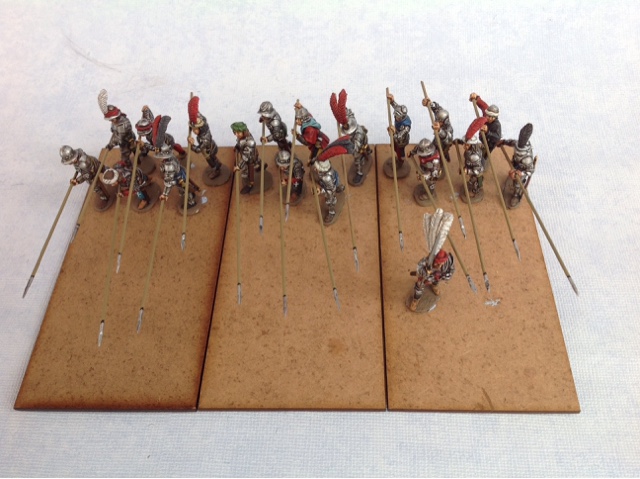 Now that my foray into the mid-fourteenth century has finished (for now), I've returned to progress the Berne pike block. This will be a big contingent, so there's plenty to do. 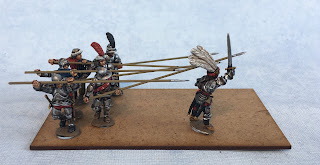 This was started some time ago with the rear ranks - worringly much longer ago than I'd remembered!  However I can now start to paint the front ranks, using a combination of Perry figures and the figures in full harness which Oliver at Steel Fist Miniatures designed for me.

The bases will be my usual 60mm frontage, with the front bases extended in length to reduce the potential damage to levelled pikes (always a thorny issue when wargaming pike blocks, from the Macedonians onwards, do you display all vertical pikes or not?). As the Swiss used pikes as an attacking body in these wars and the ensuing decades, my preference is to have the contingent range from levelled at the front to vertical at the back. 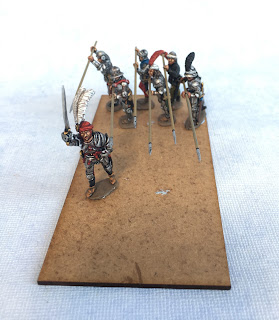 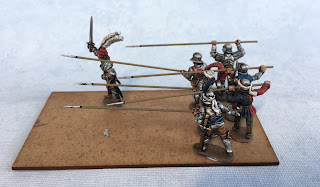 Here's the first one done, including a captain leading from the front (Perry metal standard bearer with one of my Swiss heads swopped and pinned on). The potential placement of the next two are also shown. I'll then work on the supporting ranks for these, where they'll be a slight reduction in the amount of plate armour. As with the rear rankers, I'm trying to run a colour scheme of predominantly red and black through, to reflect Berne's predominance in this block. 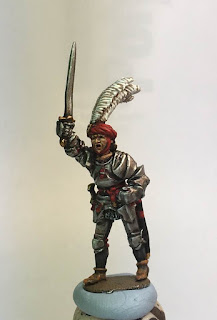 With these figures, I've also added some variations with Green Stuff, including a bend, half mail sleeves, gloves and tassets. I'll finalise poses and do the groundwork when I have a few more bases done.

Next ones are in progress...