The recent hiatus in posting has been due to a little personal fatigue with medievals - I needed a break and so switched to getting some AWI units added. This is just a quick work in progress, as I've assembled the last planned group of Burgundian mounted coustillers. These will be the supporting rank for the Bastard of Burgundy's men at arms. 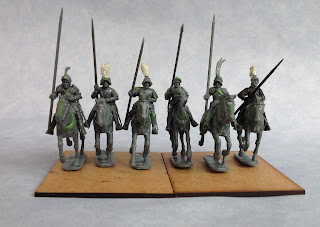 As usual they'll be three bases. The central one is not shown here - it'll consist of 2 flag/pennon bearers and a trumpeter and is further forward with the painting kicked off, so I should be able to get some pics of this up soon. 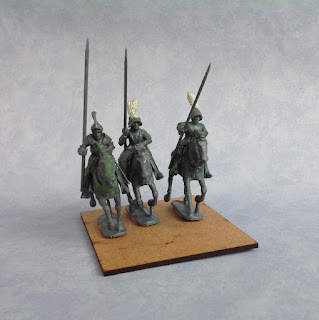 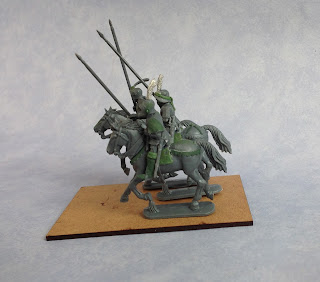 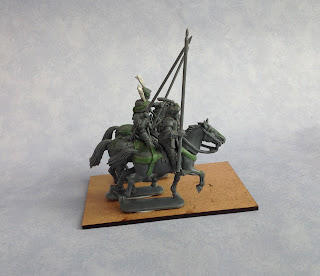 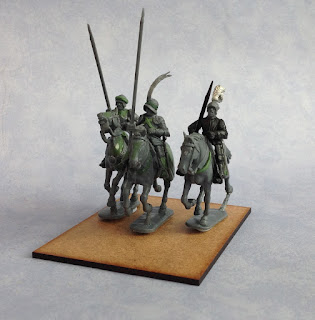 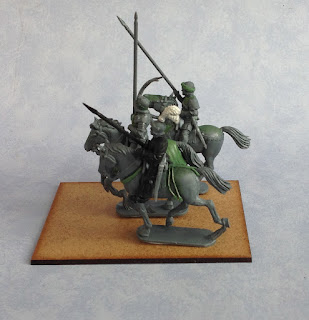 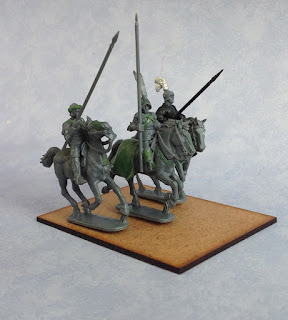 The two other bases have generic figures (as with all my other bases which are interchangeable), made from Perry plastic Light Cavalry and Mounted Men at Arms sprues - plus a spear holding arm and gauntlet from the Agincourt French box I think. Some Green Stuff work has been done on the horse tack and several figures - mainly to get as much variation as possible. Pictures are a bit dark I'm afraid - an autumnal afternoon.

EDIT 30th October - found picture of the central base figures at their prep stage, so here is extra pic. 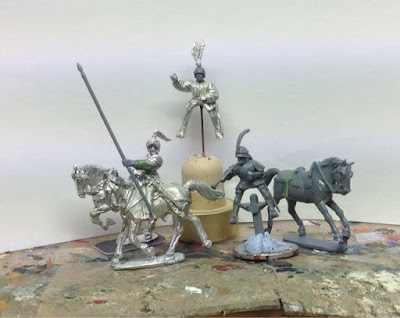