A final contingent of shot - mixed crossbows and handguns - for the Burgundian army.

I got these assembled and painted relatively swiftly in the last week. Consequently there are just a few assembly combinations which are different from those previously completed - I've used crossbow arms from the Perrys Light Cavalry box and some plastic open hands with handguns added - and just a smidgen of Green Stuff in evidence. All are plastic figures, apart from one metal (which was painted by Chris Thompson). 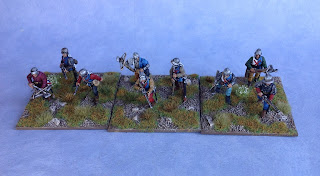 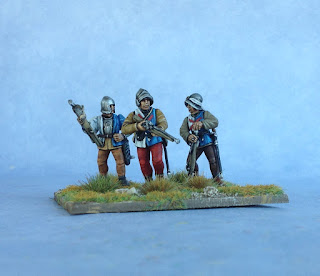 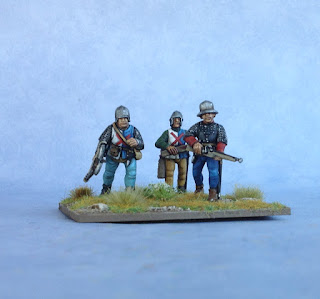 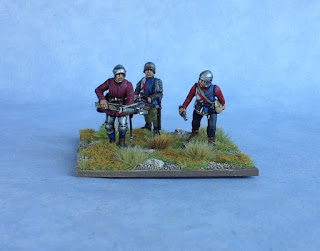 Now that I'm close the planning 'finish line', I'll try and take some pics of the army over the Christmas break.
Posted by painterman at 03:30