Here's the completed central base of the last three planned Burgundian Coustillers - the supporting rank for the Bastard of Burgundy's men at arms. 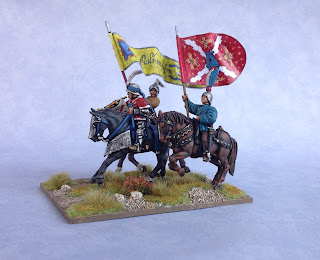 Two figures are metals and the trumpeter is a plastic. The left hand flagbearer is a Perry giveaway which came with the Light Cavalry boxsets, which the pointing hand has been replaced by a plastic one from the Mercenaries command sprue. The other flagbearer is a mounted page with headswop and open hand created by cutting away the scabbarded sword he's holding and then drilled. He holds a printed generic Burgundian flag, to which I've added the Bastard of Burgundy's personal device of a blue mantlet, which is repeated on the trumpeter's coat (and will reoccur again on caparison on another Coustiller base, to give this unit some visual cohesion). 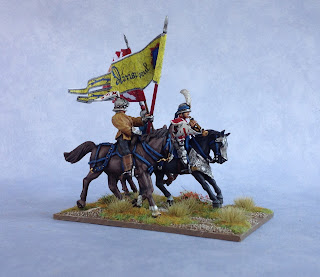 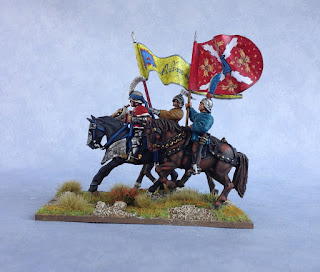 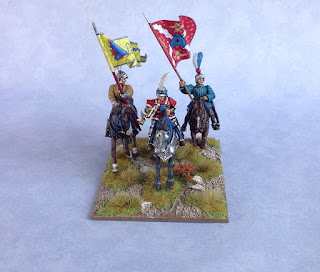 Now moving on to one of the other bases, which I'll post when done.
Posted by painterman at 04:43