A relatively quickly assembled and painted artillery piece - a Crapaudeau - which was one of a number of contemporary terms for a cannon with wrought iron barrel looped with iron staves on a wheeled carriage. This has been done as a generic gun, no specific signage or colours for any late fifteenth century army, so it has potential usage with my Burgundians, Swiss or any others 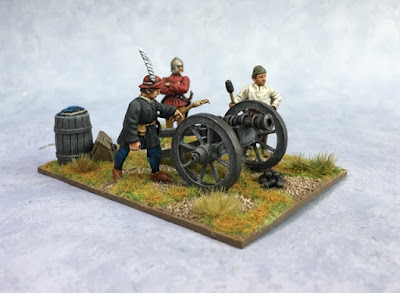 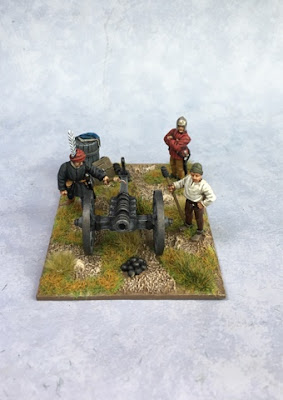 The gun itself and carriage is Front Rank (I think...it's been sitting in my stash for some time); wheels from another source. The crew are Perry metals, all with some minor conversion. The labourer's spade has been made into a ramrod, a headswop for the onlooking gunner with folded arms and the master gunner, who is a wagon driver, has a new plastic head and replacement hand (from Ansar box) holding the linstock. The only other work was to add a discarded doublet from putty on top of the barrel; its my first attempt and I'm happy with the overall shape (it just maybe a tad too small). 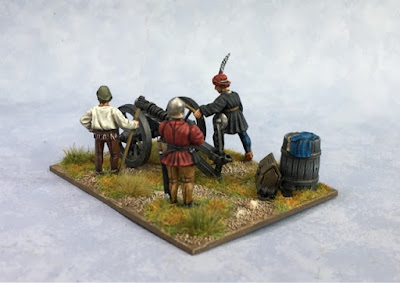 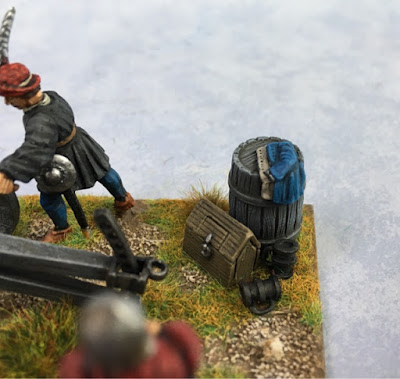