My Burgundian army had it's second day in the field, along with the Swiss that I've done to date, at Partizan show at Kelham Hall last Sunday. This was my contribution to an informal group we've called The Bodkins, who've been formed with the intention of putting on medieval demo games. 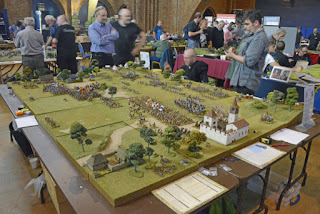 The decision to put on a Swiss- Burgundian game was a relatively late one and so myself, Dave Andrews and David Imrie spent a rather frantic few weeks painting extra figures and basing up older ones. Our concern that we'd not have enough to fill the 10 x 6 table was unfounded on the day - when following set-up we realised that ideally we really could have done with a longer table to allow the contingents some tactical elbow room. 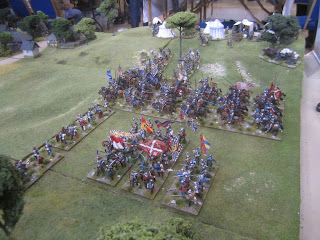 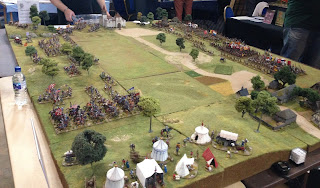 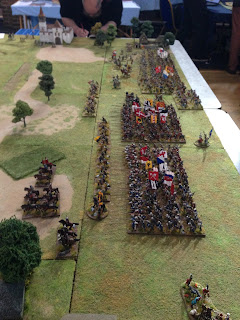 The final set-up looked as we'd hoped it would do - visually appealing with three large pike blocs and supporting troops for the Swiss Confederation, whilst the Burgundians put their mounted troops on the wings, with shot and pikes in the centre. Terrain tiles and trees were by Keith Warren of Realistic Modelling Services and the fortified church is a hand crafted model by John Boadle. Thanks to all those who have passed kind and positive comments on the game. 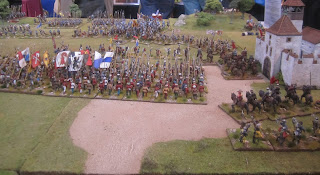 We played the game using Impetus rules and after a few hours the Swiss appeared to be getting the upper hand. They had advanced in historical echelon formation, with the massive vorhut looking fairly impregnable, despite being shot at and attacked by mounted men at arms. On the other wing Darrell Hindley led a heroic charge of men at arms against other pikes, causing casualties but being repulsed.

We have discussed playing a full game out, perhaps based closely on Morat, but that will have to be next year. In the meantime the Bodkins are continuing to plan and prep for a different historical mediaeval game. Pictures here include some borrowed from Darrell and 'Wargames Illustrated'. 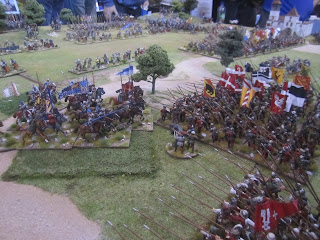 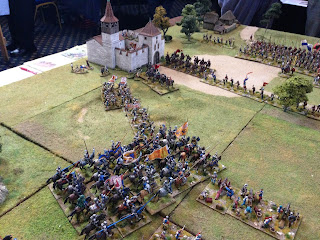 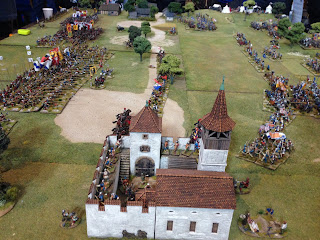 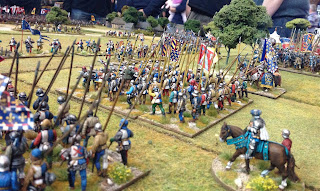 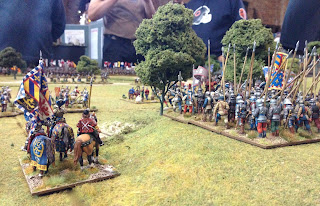 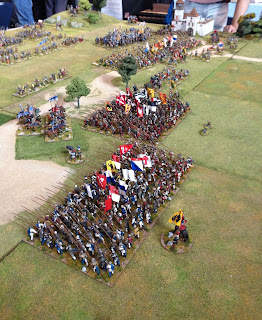 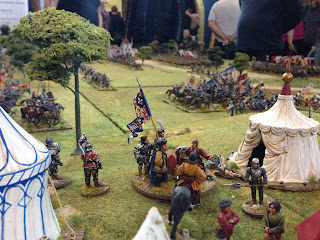 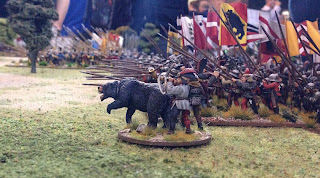 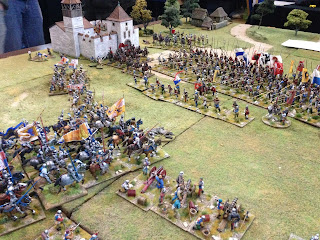 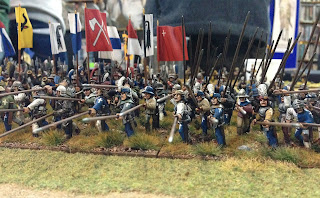 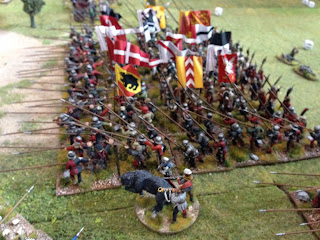 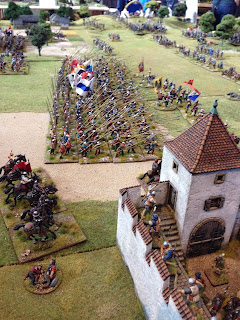 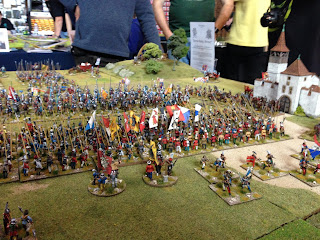 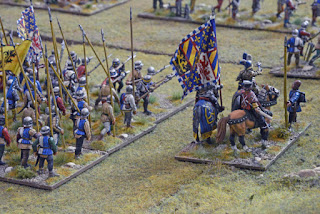 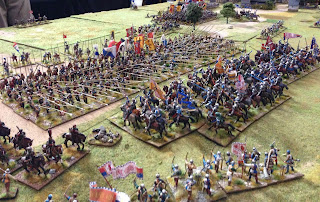 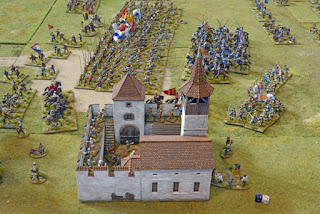 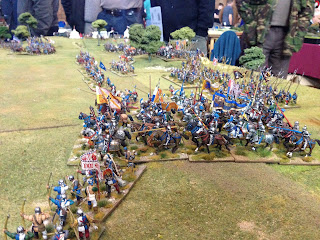 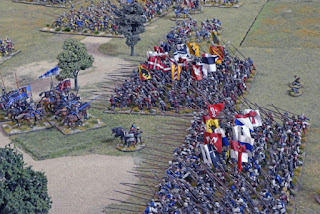 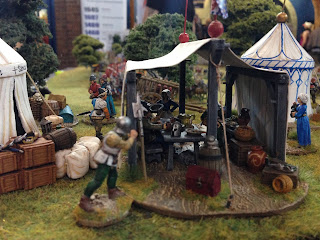 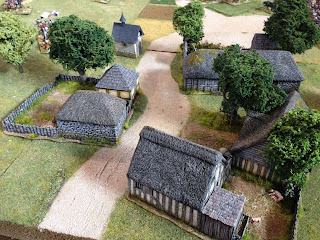 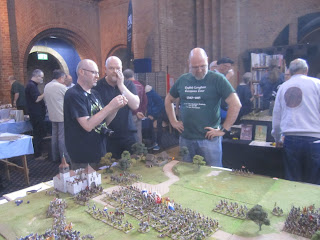