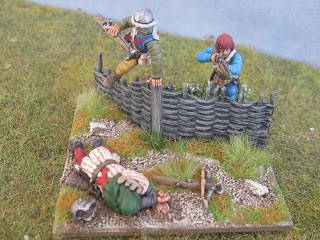 First completed base for another Burgundian handgunner & crossbowmen unit. I changed the casualty figure that I was working on in the previous post, as he didn’t fit on the base in the corner of the foreground exactly where I wanted, so will be used somewhere else.

This casualty figure is a Perry HYW metal, who with some minor amends of providing him with a later fifteenth century sallet, removal of the plate & padded defences on his legs and the addition of a St Andrews cross on his jack, has just squeezed him into being an acceptable figure for the 1470s. 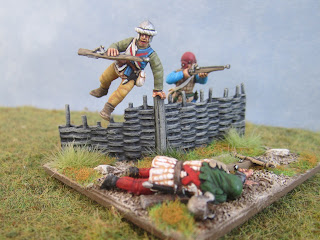 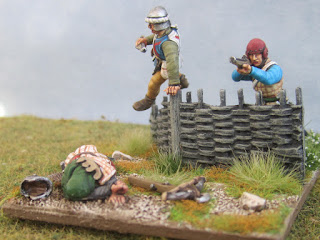 The fencing that the skirmishers are negotiating is Renedra plastic with a fence post of wooden dowel. 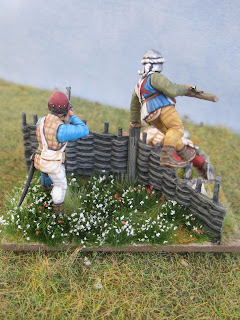 Feel a bit fraudulent posting on only one base and three figures. Two more skirmisher bases to come to complete this unit – next figures have been assembled and are ready for painting.