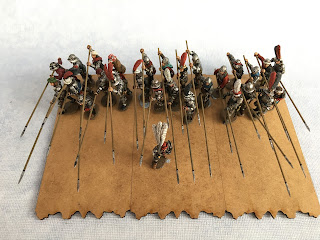 After some self-cogitation, I've taken onboard feedback from folk on last posting of the Swiss front rank bases (thanks Stuart!). I've also been looking at other's ancient and renaissance pike blocks and borrowed an idea from Curt of Analogue Hobbies for some interesting bases he'd had done at Warbases (thanks Curt!). 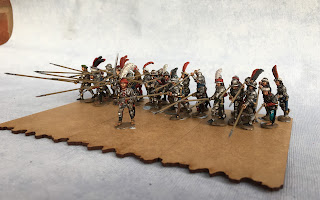 The result is another row of levelled pikemen added to the front rank bases. The aim is to create a more tightly packed group on each base, attacking shoulder-to-shoulder. Again these figures are a mix of Perry and my own castings; including a few Perry plastic bodies with my own open-handed metal arms attached, which seem to work quite nicely and create some new poses. 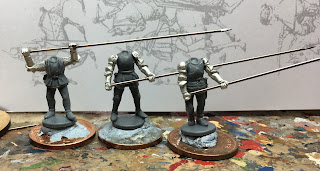 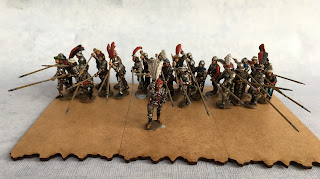 Now moving on to the supporting row, who'll have pikes held at a 45 degree angle, before I commit to any gluing and basing.