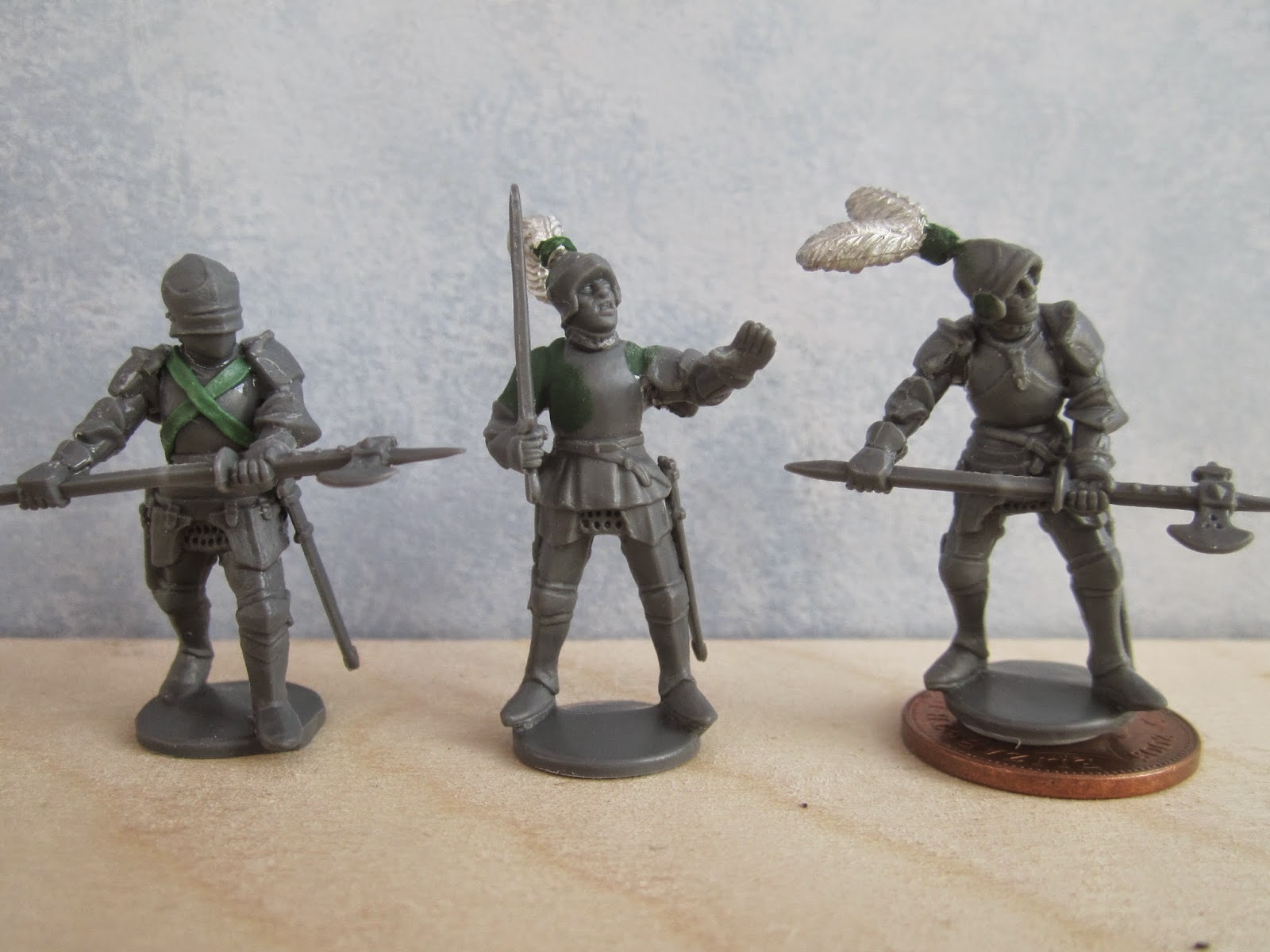 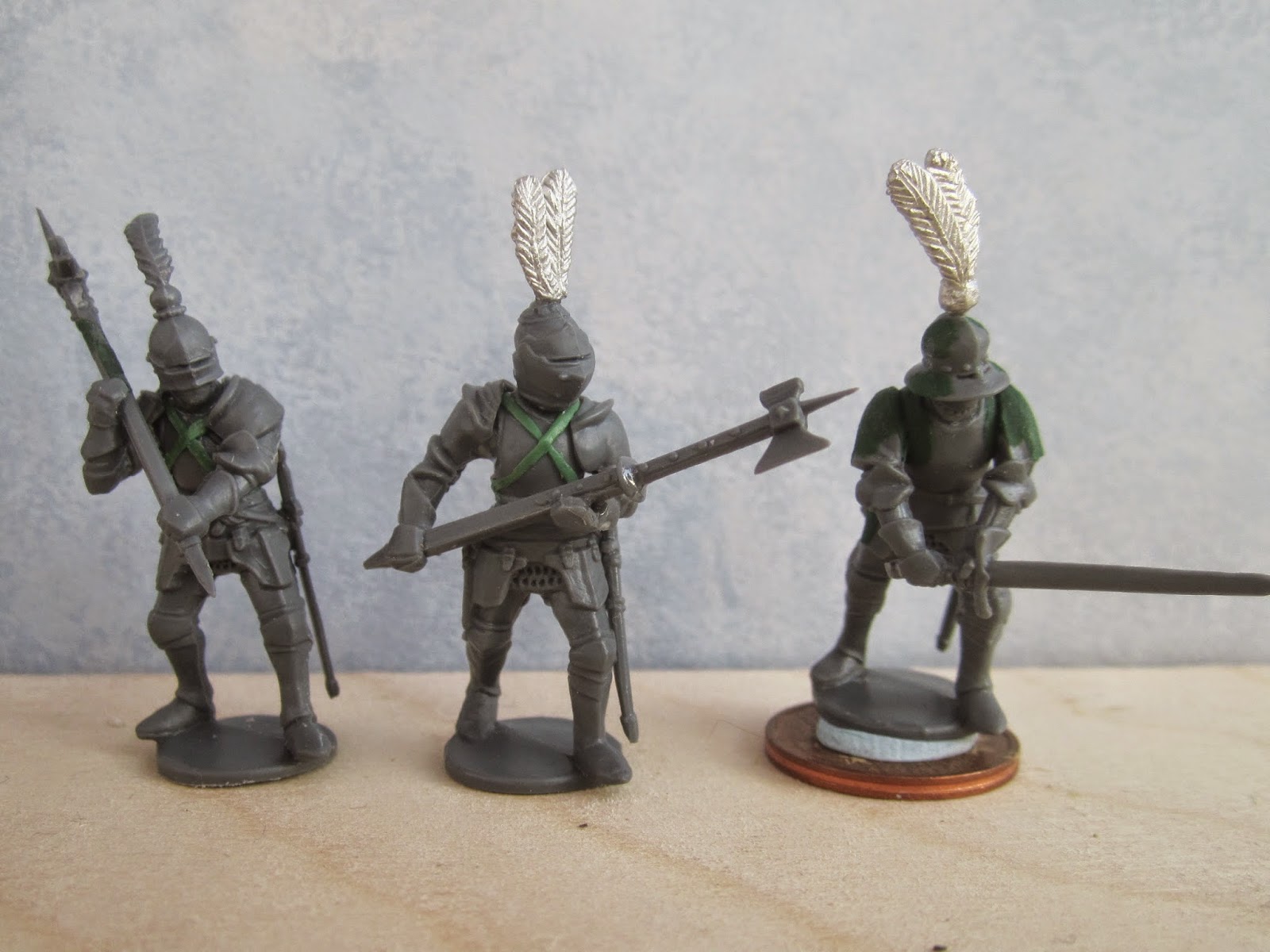 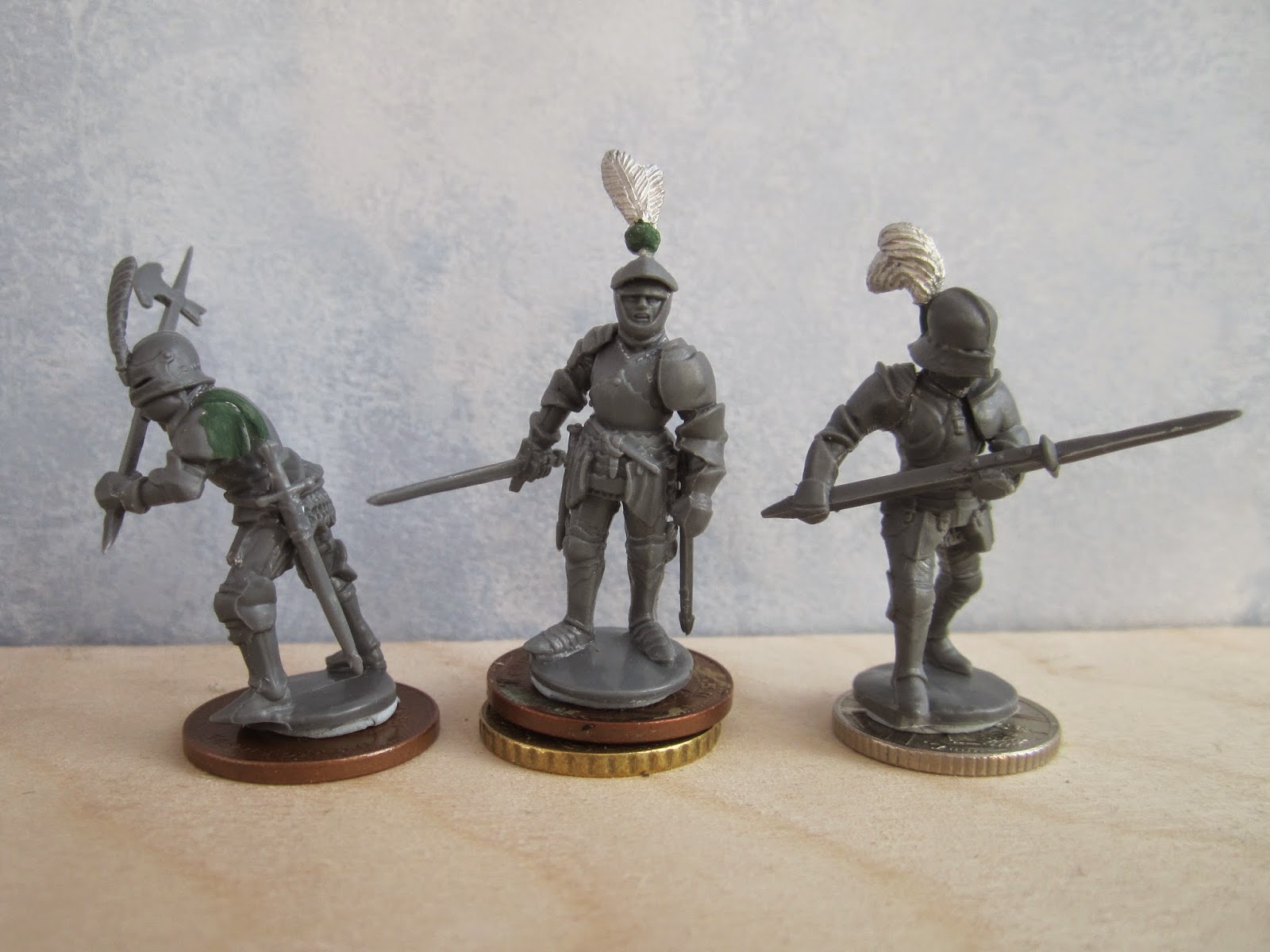 I’ll also add in some selected metal flagbearers, which are showing on the PM workbench at the moment. Pics of the completed unit will be posted as soon as they’re done. Helmets from the Foot Knights set have also been attached to another mounted men at arms unit that at the undercoated stage too.
Posted by painterman at 13:48