I've spent spare time over recent weeks preparing figures for my new units of the Swiss Confederation - halbardiers, pikes and crossbows are being assembled and tweaked accordingly. However in picking out figures from the lead pile, I've rediscovered several castings to be used as Burgundians and so have got some of these done over the holiday period. 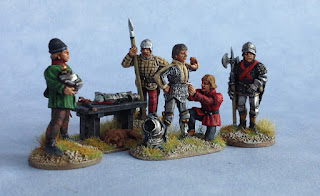 These are primarily figures to used as vignettes in the Burgundian camp or siege lines. They're all Perry metals; the man at arms putting on harness was an extra available with one of the plastic set launches. The page holding his armet is a combination of a mounted metal page, cut off at the waist and glued to plastic legs which were then dressed with green stuff to add the lower half of his coat. The table with the rest of the harness are all plastic spares chopped up and laid out ready for the page - a hound waits patiently beneath. 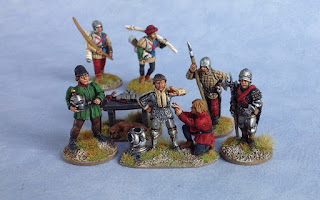 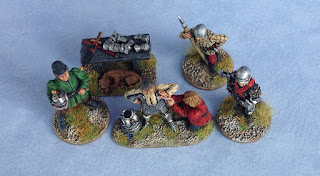 The other vignette shows a wounded Burgundian man at arms being protected in melee by two other soldiers. This'll be used as a marker in a game - I'd like to do more of these and some casualty markers (perhaps as a pleasant future distraction from the Swiss!). 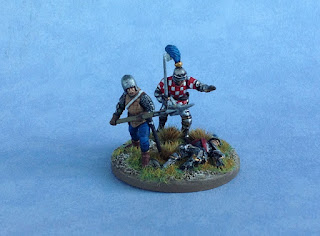 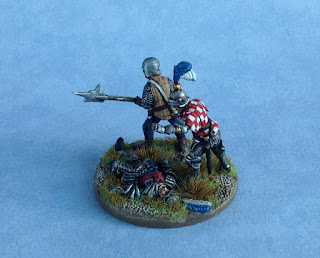 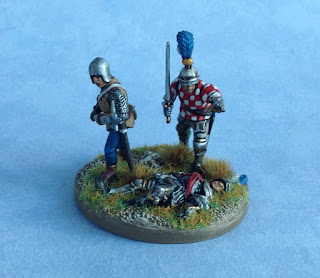