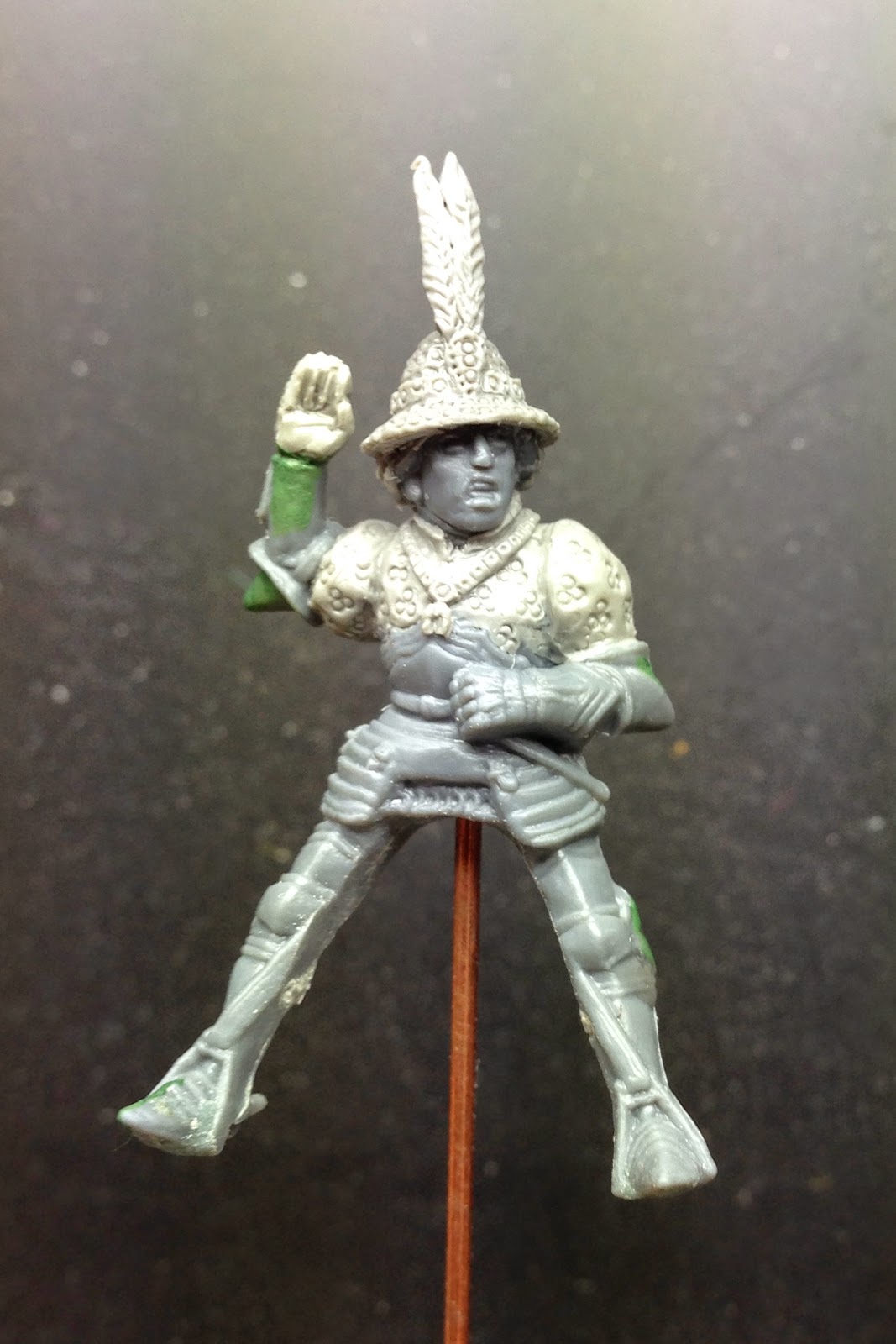 Oliver of Steel Fist Miniatures has sent me the second figure he's sculpted for me for Charles the Bold, based on Perry plastic man at arms parts. Oliver's sculpting skills are of the highest level and he continues to exceed my expectations - creating a command figure, based on Charles wearing a german style harness over a brigandine and wearing his hat of pearls (looted by the Bernese at Morat and included in Schillings illustrated chronicles after the wars). 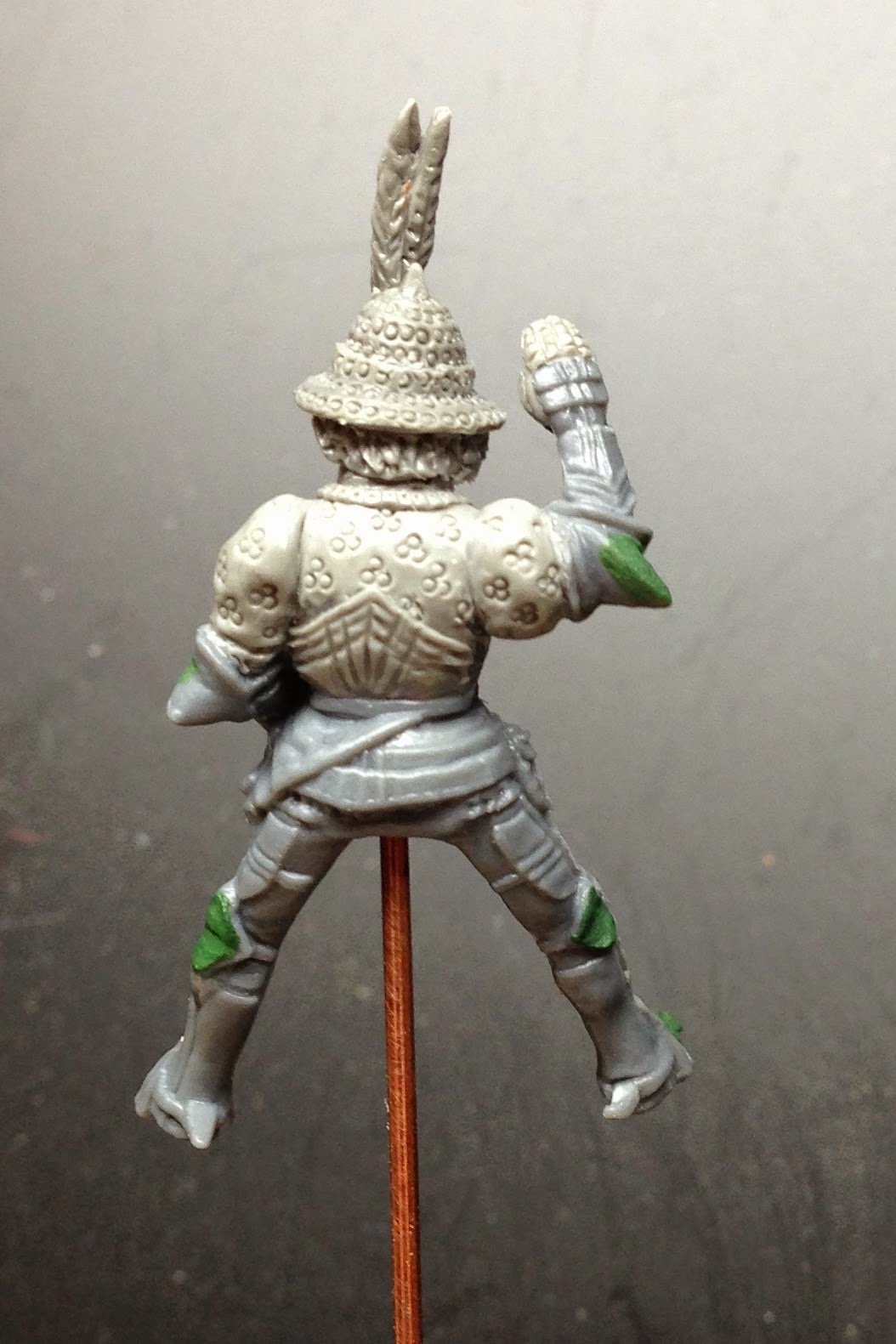 The pose is exactly as I wanted and the rendering of the hat has caught the shape just right - the reconstructed version is on display at Grandson castle in Switzerland. I now need to sort out a mounts and some household companions for Charles to create a command stand - this will be more of a vignette, as I already have a base of Charles for gaming purposes. Am really looking forward to painting them and trying to do Oliver's craftsmanship justice. More of that anon. 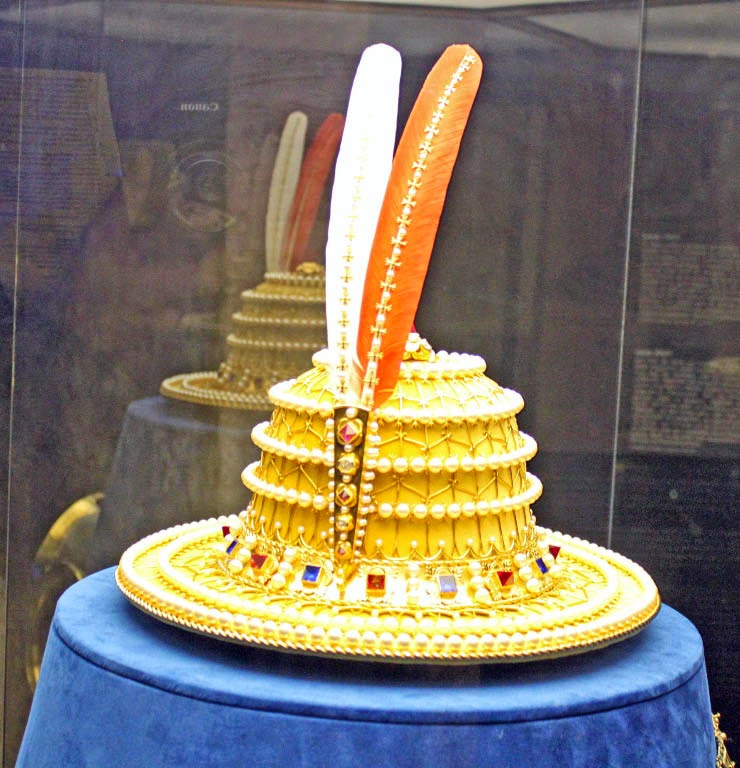 No more progress on the captain's pavilion to date; I have had change of plans re the construction. I'm trying to be a little more ambitious with the final model (with assistance in making some bespoke parts) and hope to be able to show next developments fairly soon. In the meantime I have been painting horse flesh for another contingent of Burgundian men at arms, which I need to push on with to finish. Oh, and then there's those foot knight vignettes I've started to assemble - too many fronts opening up and nothing getting done....must focus!