The Burgundian men at arms are based and completed. 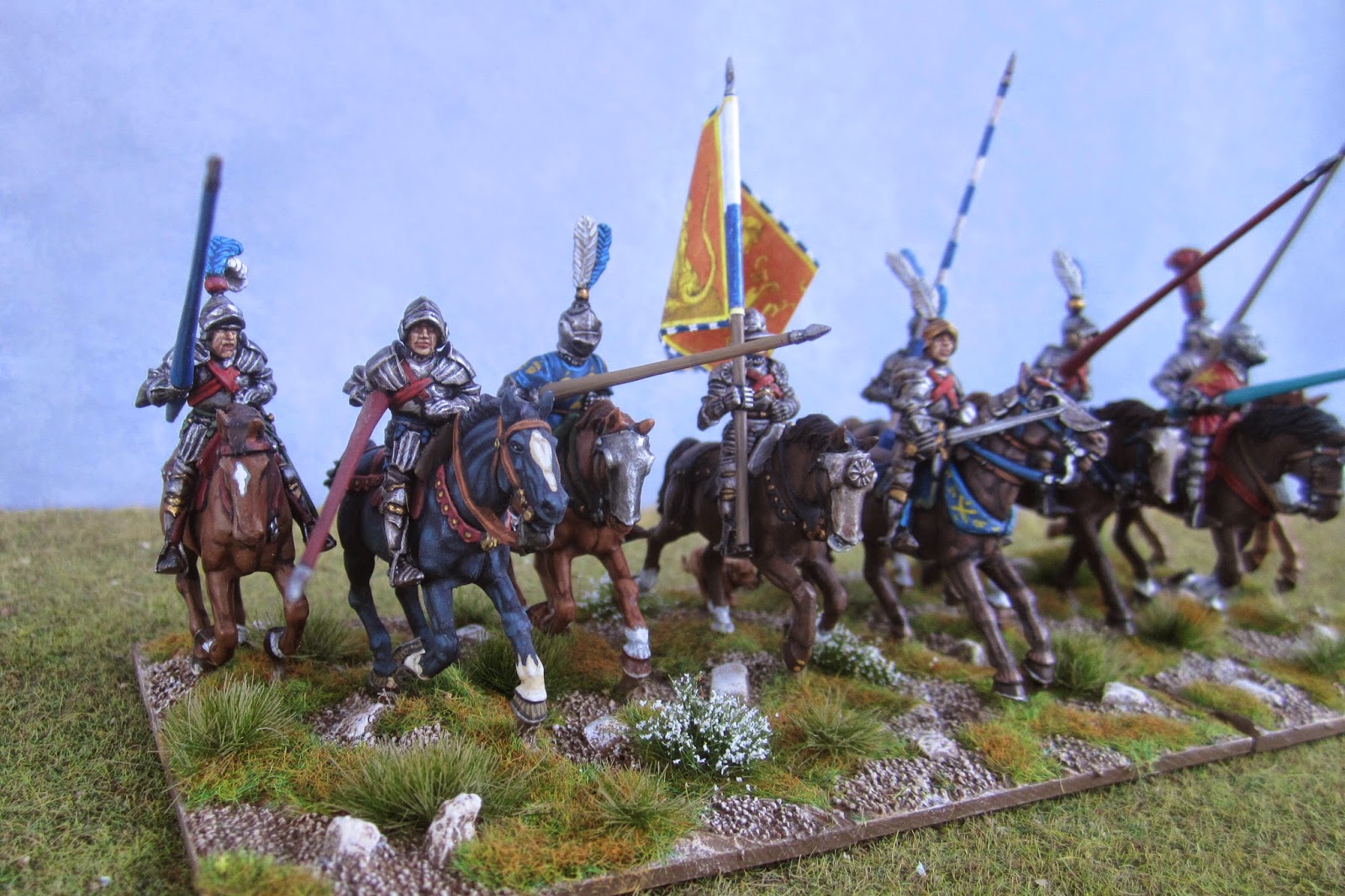 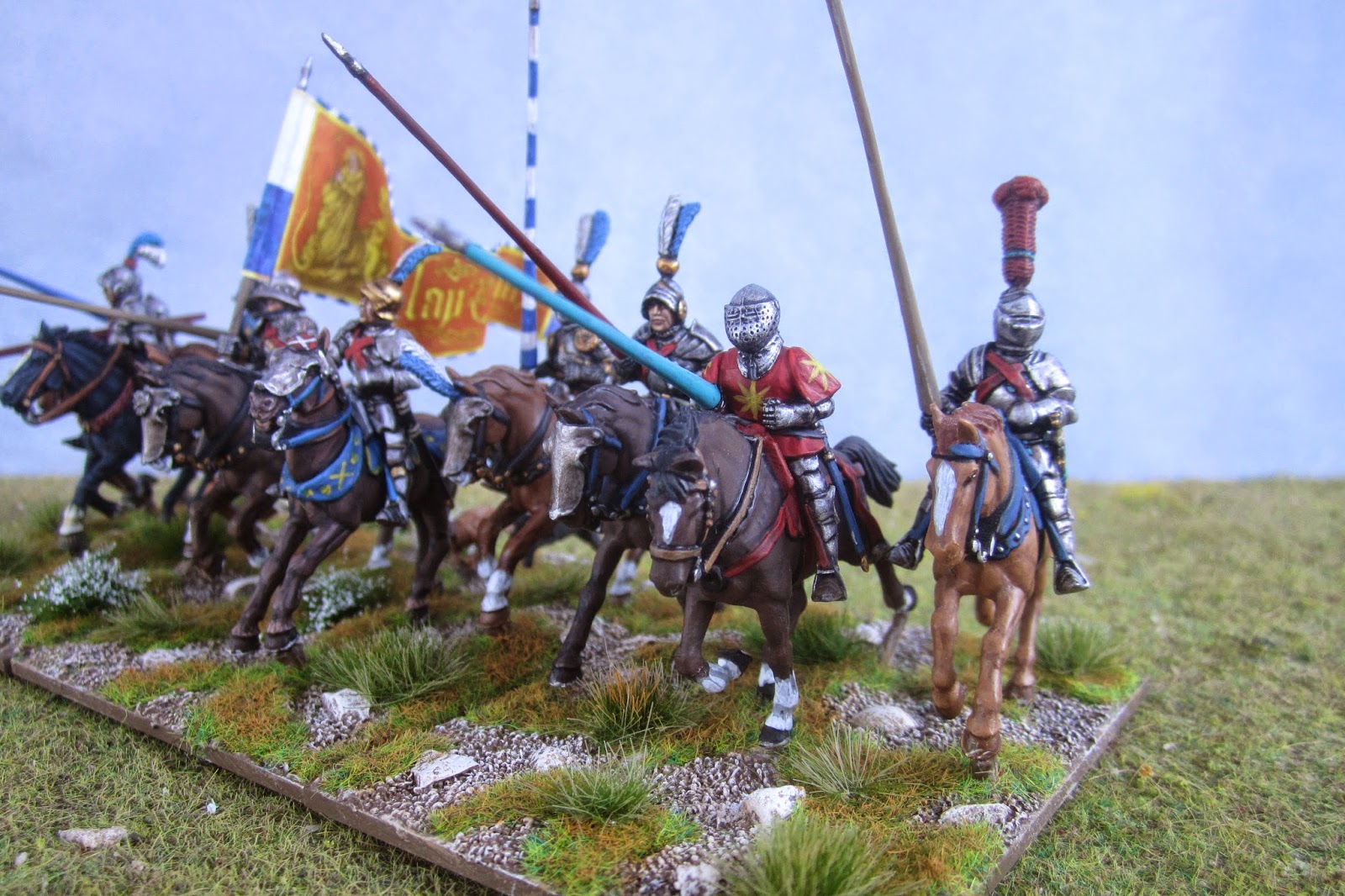 This post is largely just images of the finished contingent. The hounds, which are in danger of becoming ubiquitous on all pieces I do from now on, have joined the charge towards enemy lines. I'm not entirely happy with the commander figure, not sure why, so he maybe prised off his mount and replaced on day. 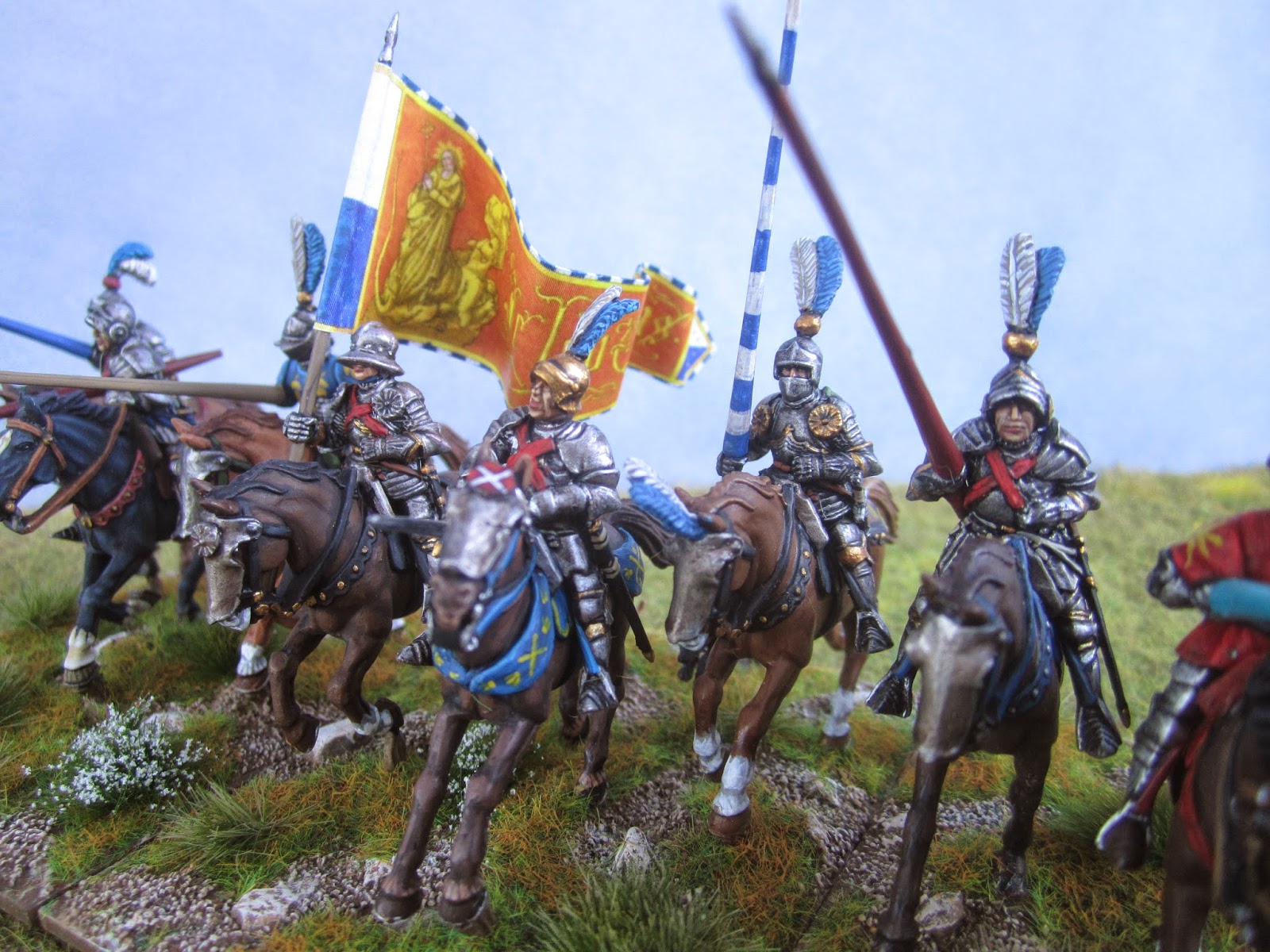 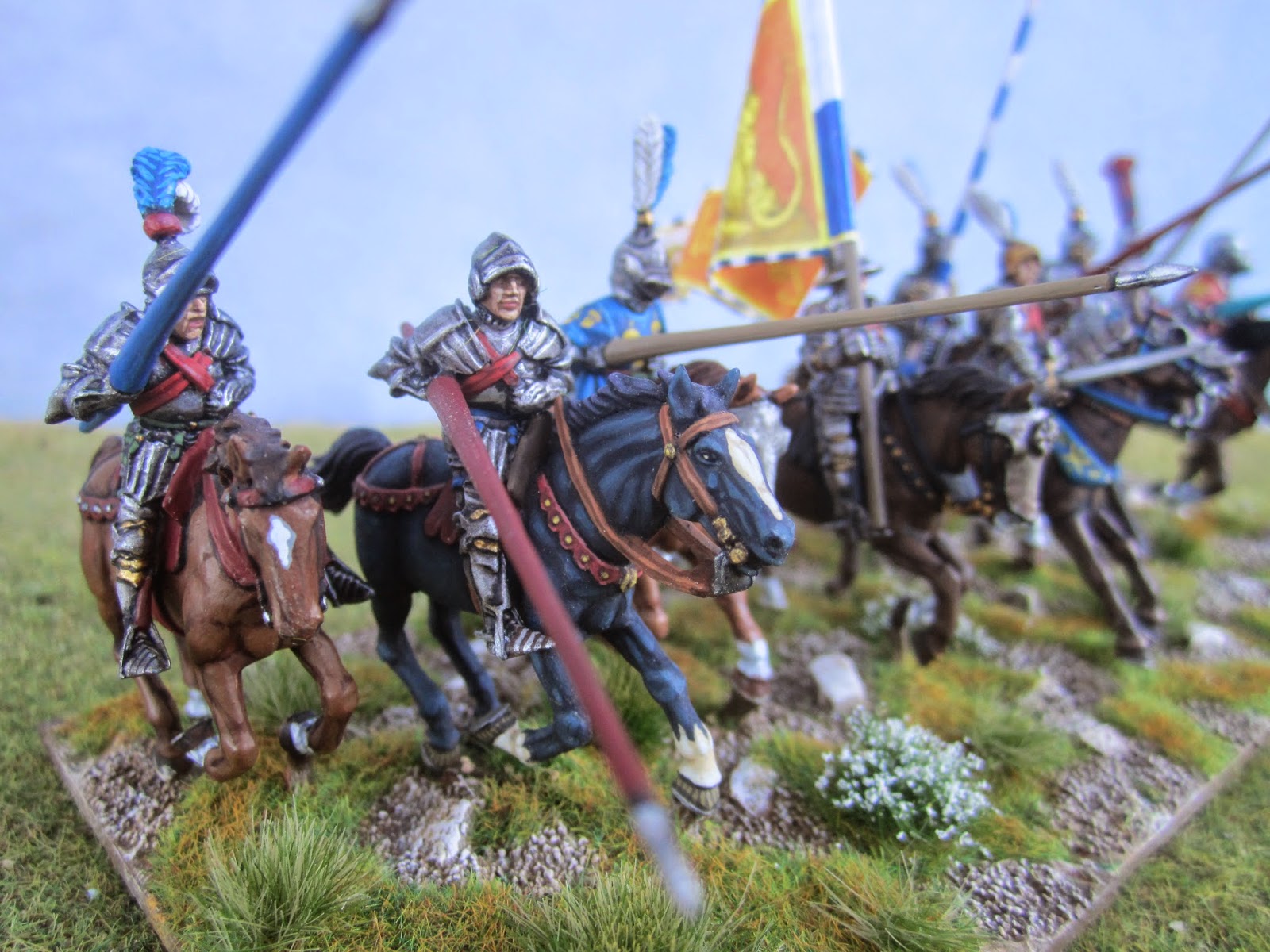 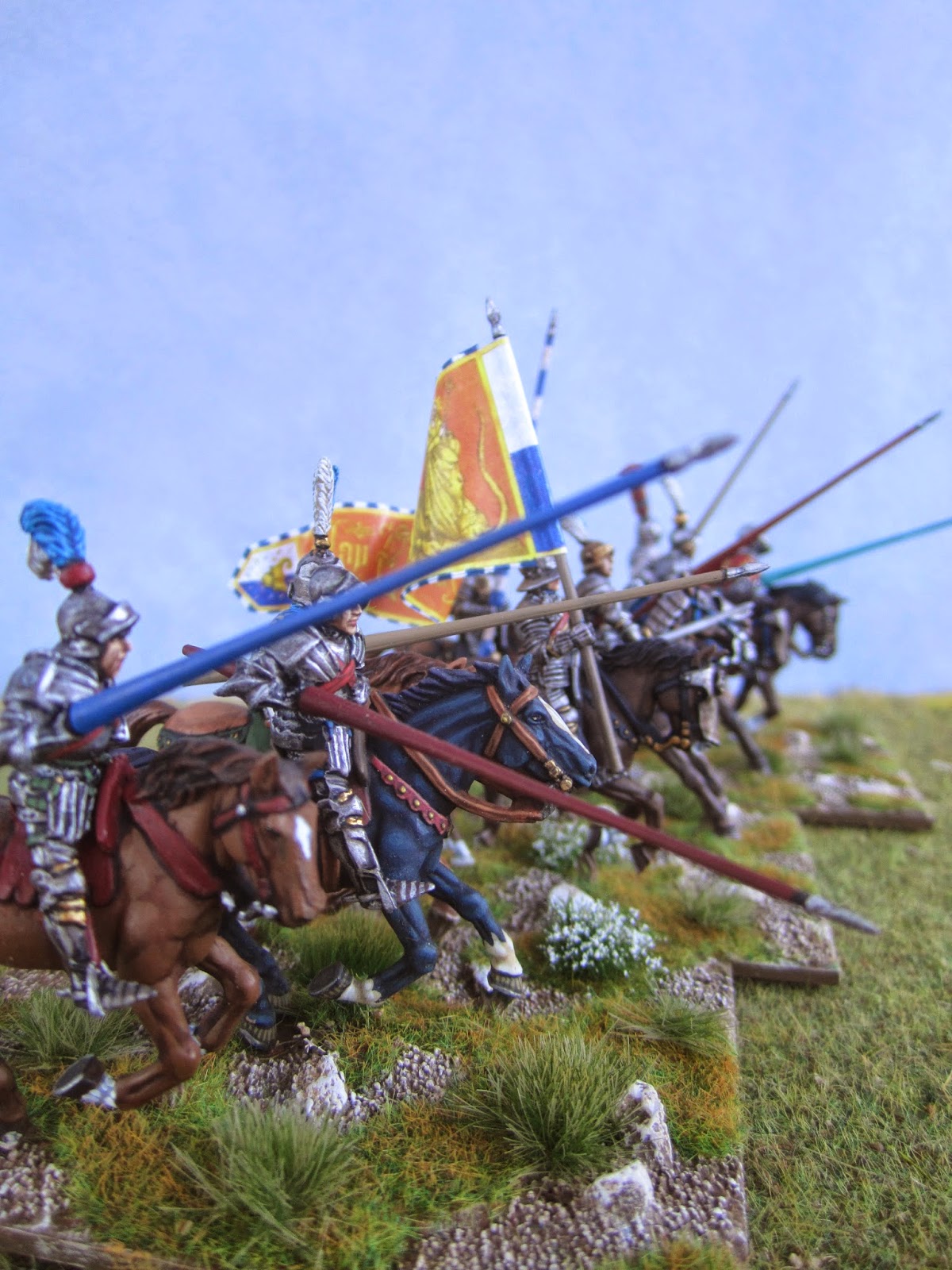 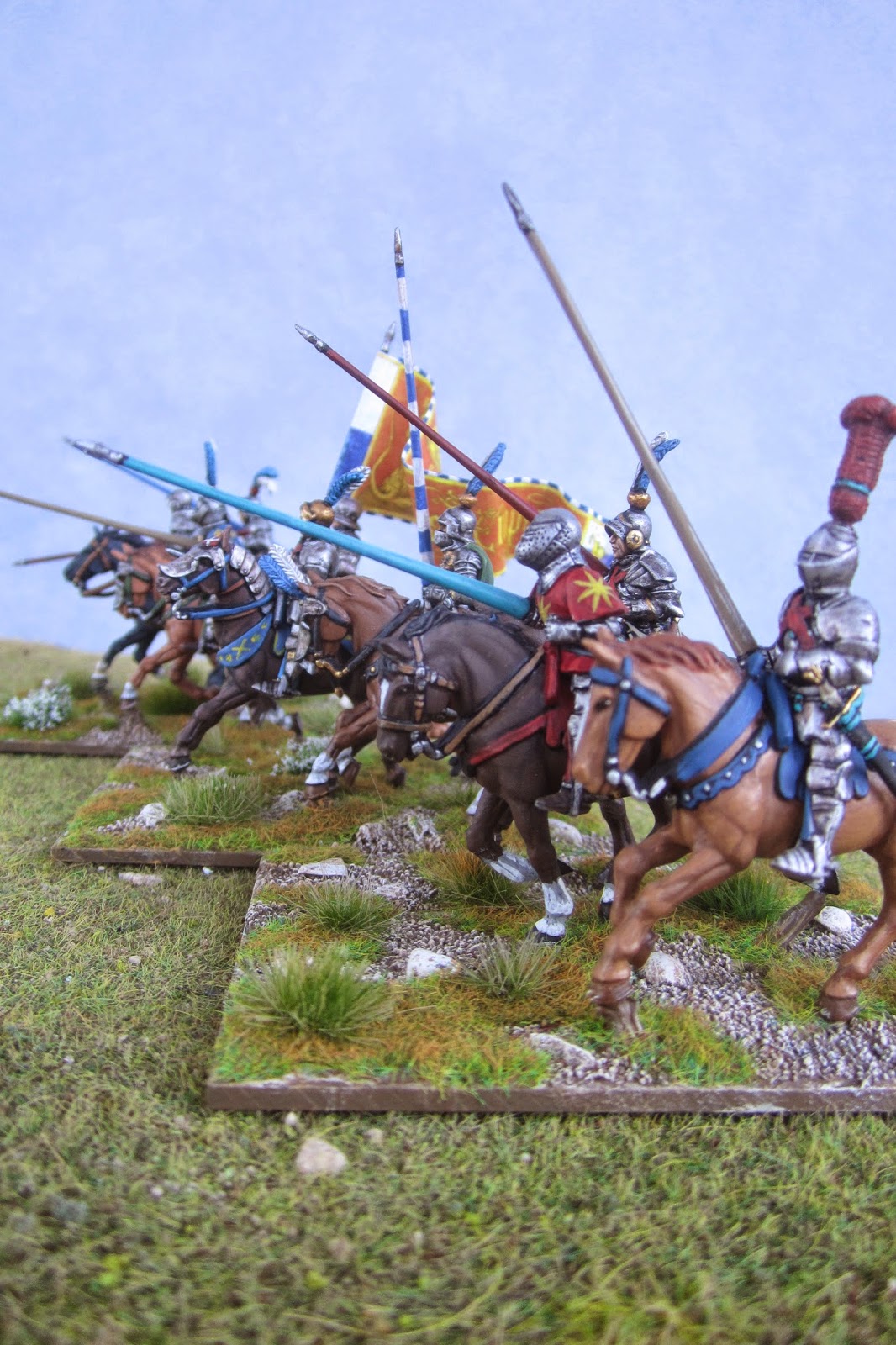 Last picture is a man at arms originally planned to lead this group, but who failed to make the 'director's cut'. He's still a work in progress, but now proposed to join figures representing the Bastard of Burgundy's household. The reason for this change was a talk by Toby Capwell, of the Wallace Collection, that I was lucky to attend a few weeks ago. He's certain that fully gilded armour was rare (due to it's expense) and so restricted to kings and the richest of noblemen - hence the change. I plan to start prep on that group over the winter. 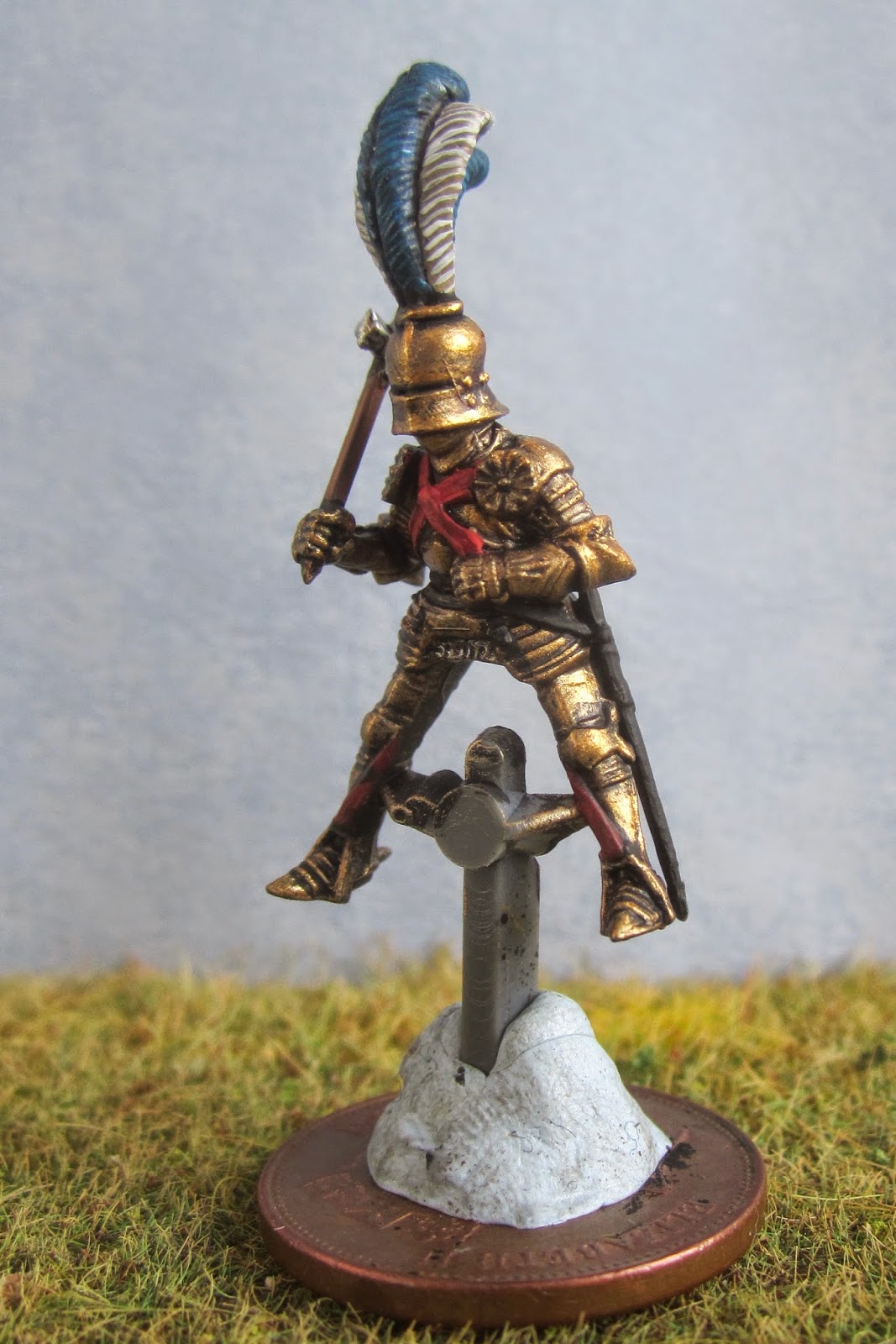