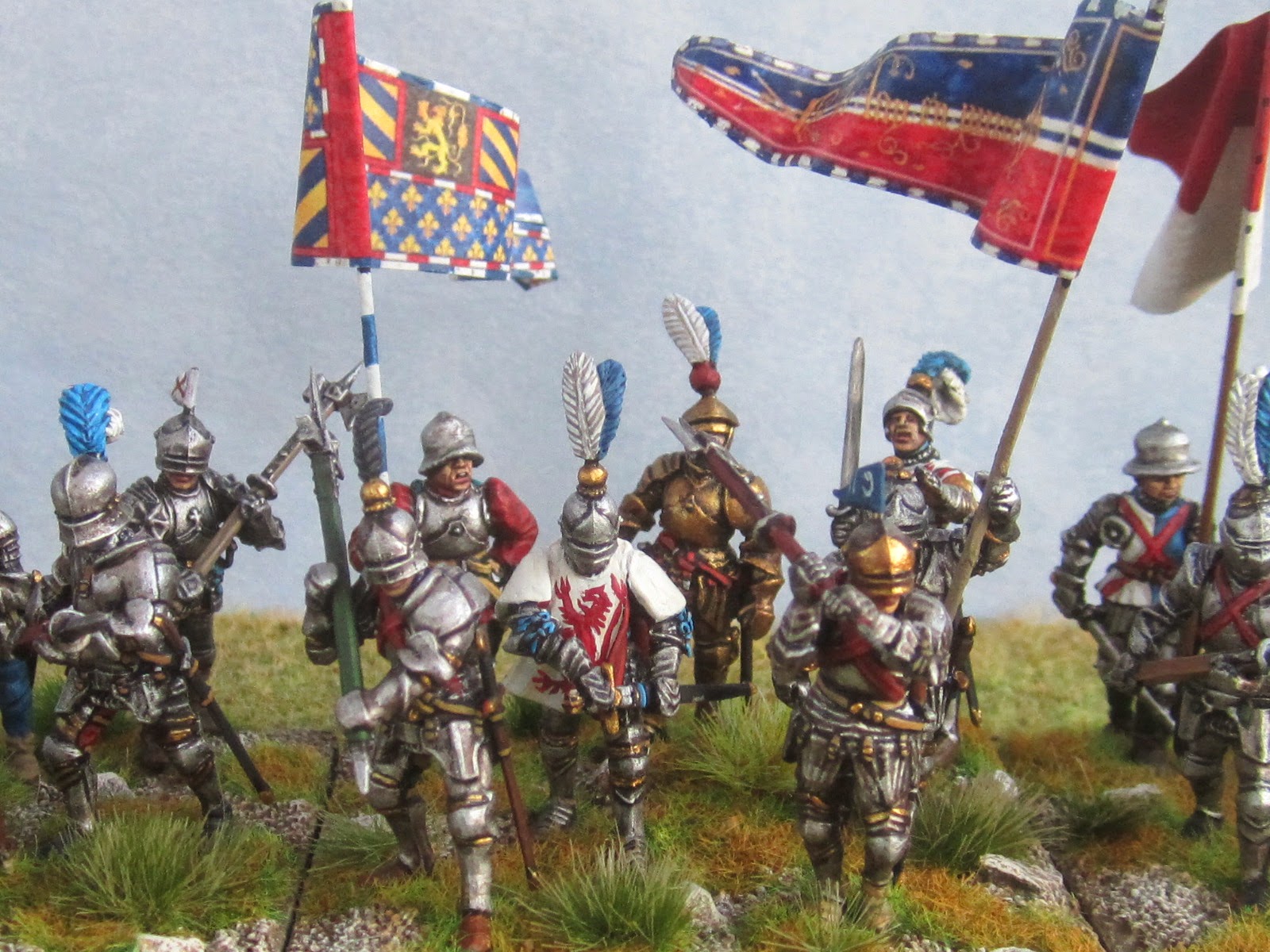 These are the a contingent of the new Perry plastic Foot Knights figures, representing knights of Charles the Bold's  household, fighting untypically on foot - perhaps defending in vain the Burgundian camp at Morat. There are a some of the new metal standard bearer figures included too. Many of the figures have been enhanced with plumes (my own castings) and St Andrews crosses (green stuff putty) added. The flags in the central base are downloads from the internet and the ones on the side bases are hand painted (Pete - don't look to closely at these please!) 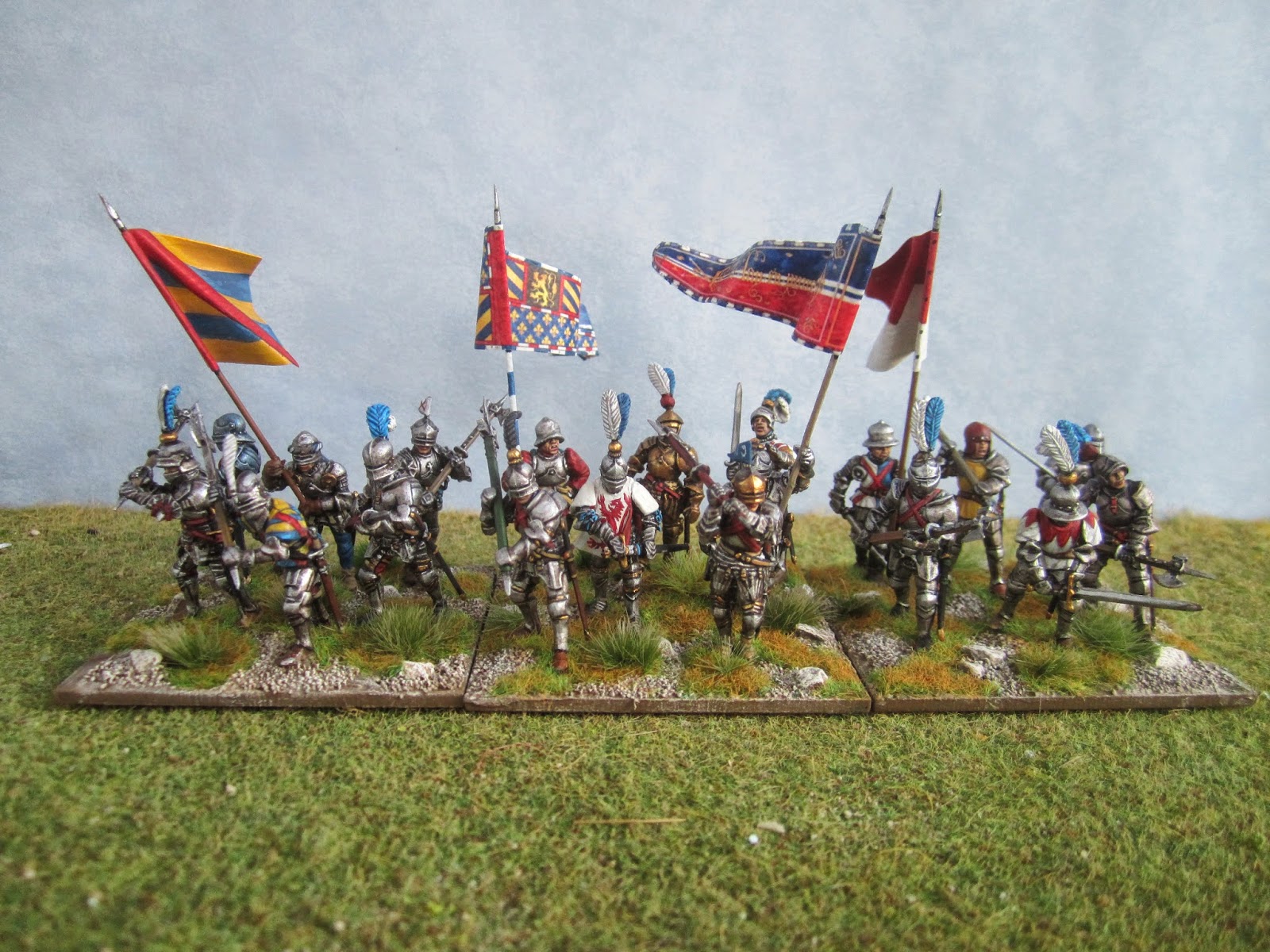 As previewed earlier, these are very detailed sculpts with sharp mouldings, which produce high quality foot knights for the a 1450 to 1500 timeline. Those knights with coats represent knights known to have been in the duke's household at Grandson or Morat, including Signeur de Mont St Sorlin, Chef d'Escadre (killed at grandson), Phillipe de Croy a knight of the Golden Fleece (captured at Nancy), Jean de Luxembourg, a nother Knight of the Golden Fleece who was killed at Morat, and Bailly d'Aval a chamberlain in the household and Claude de Vaudray. All these references are taken from the invaluable Freezywater publication of 'The Burgundian Army of Charles the Bold'. 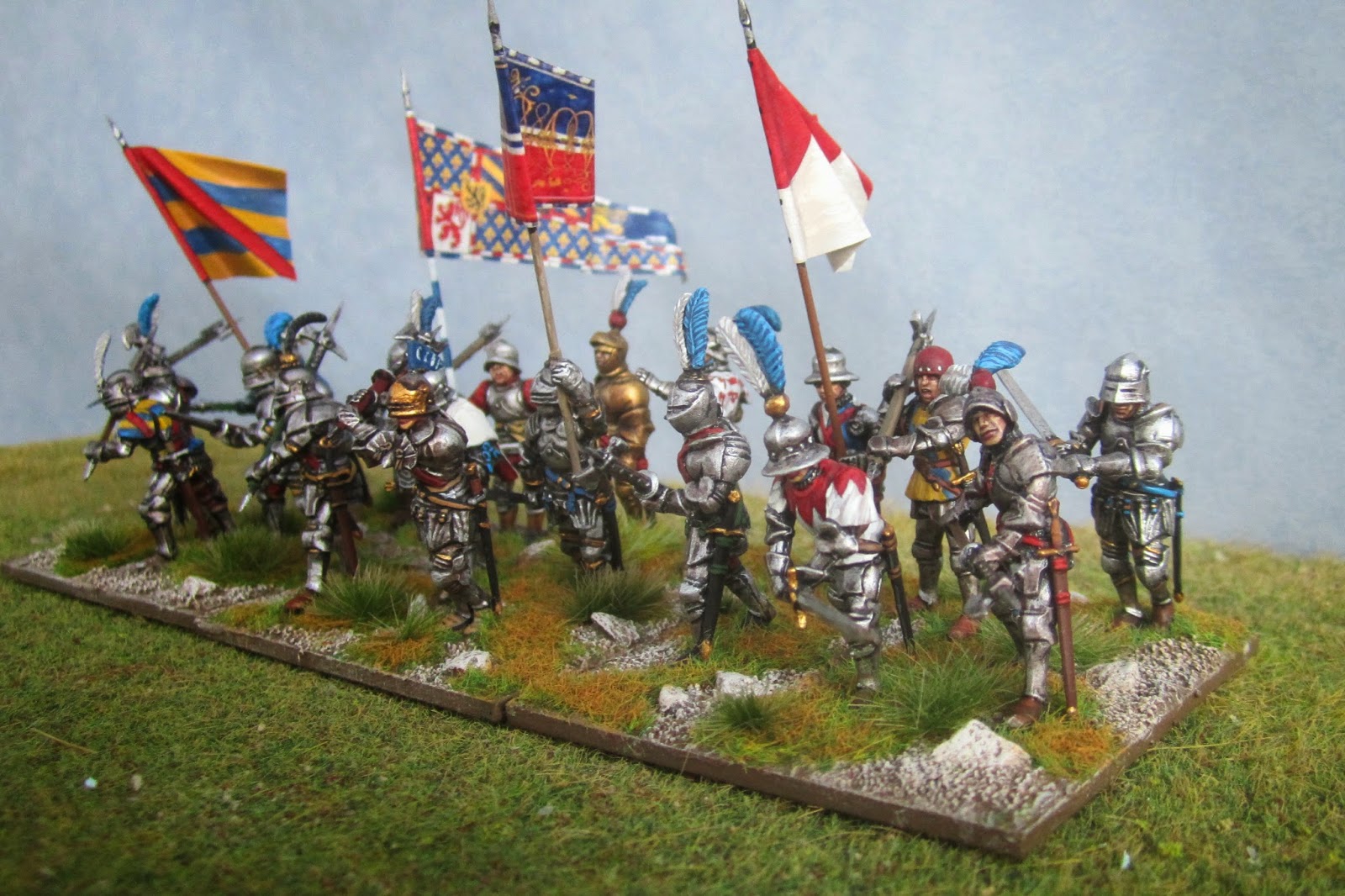 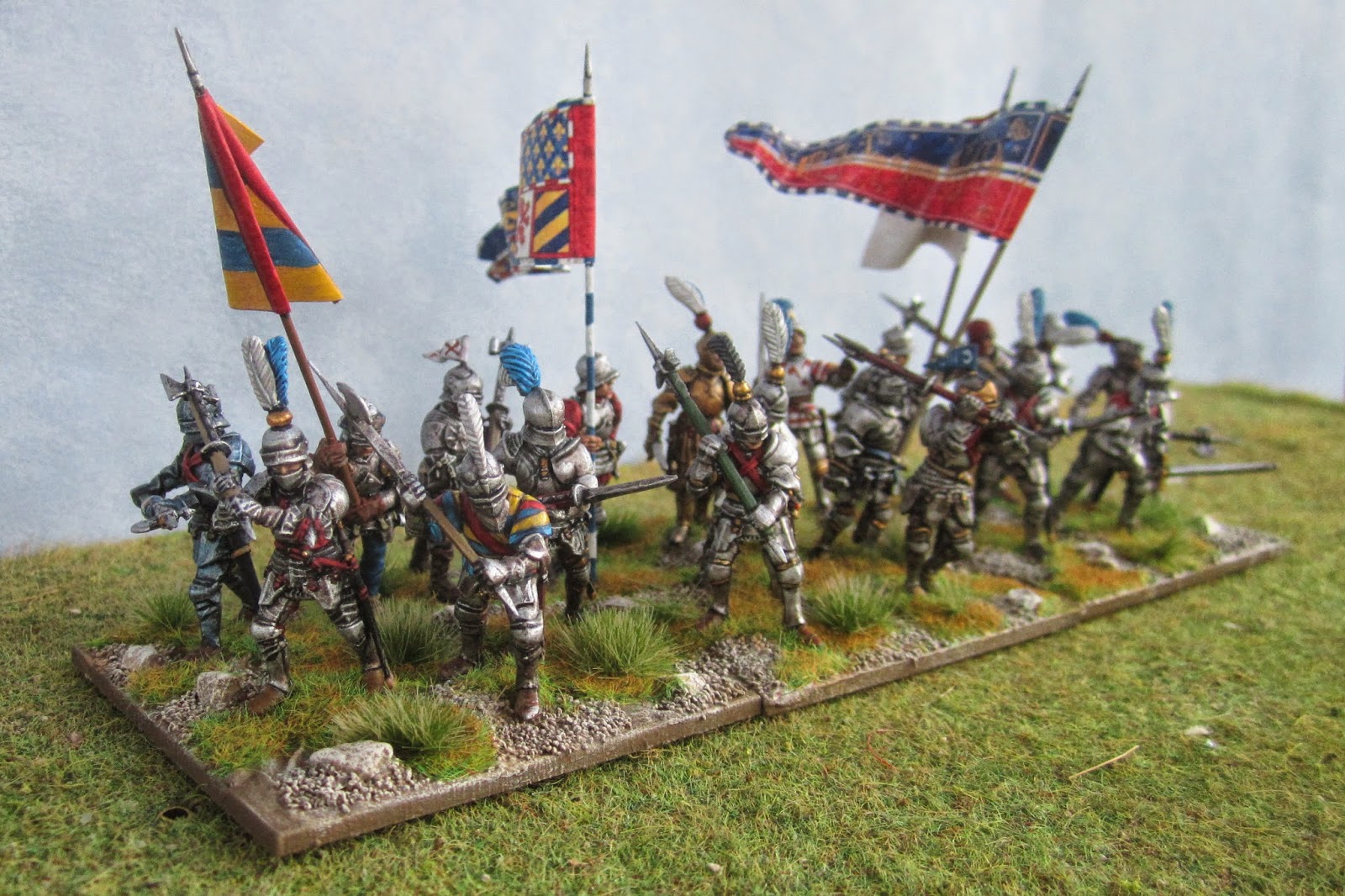 Very enjoyable to paint and they are thoroughly recommended - clearly a lot of thought and skill has been applied into making these figures. I think we're are in danger of being a tad blasé of the high quality of hard plastic figures that are now offered to us for only a few pence per figure.
I'm now moving on to the last of my planned mounted men at arms, using some of the new head options from the Foot Knights box. 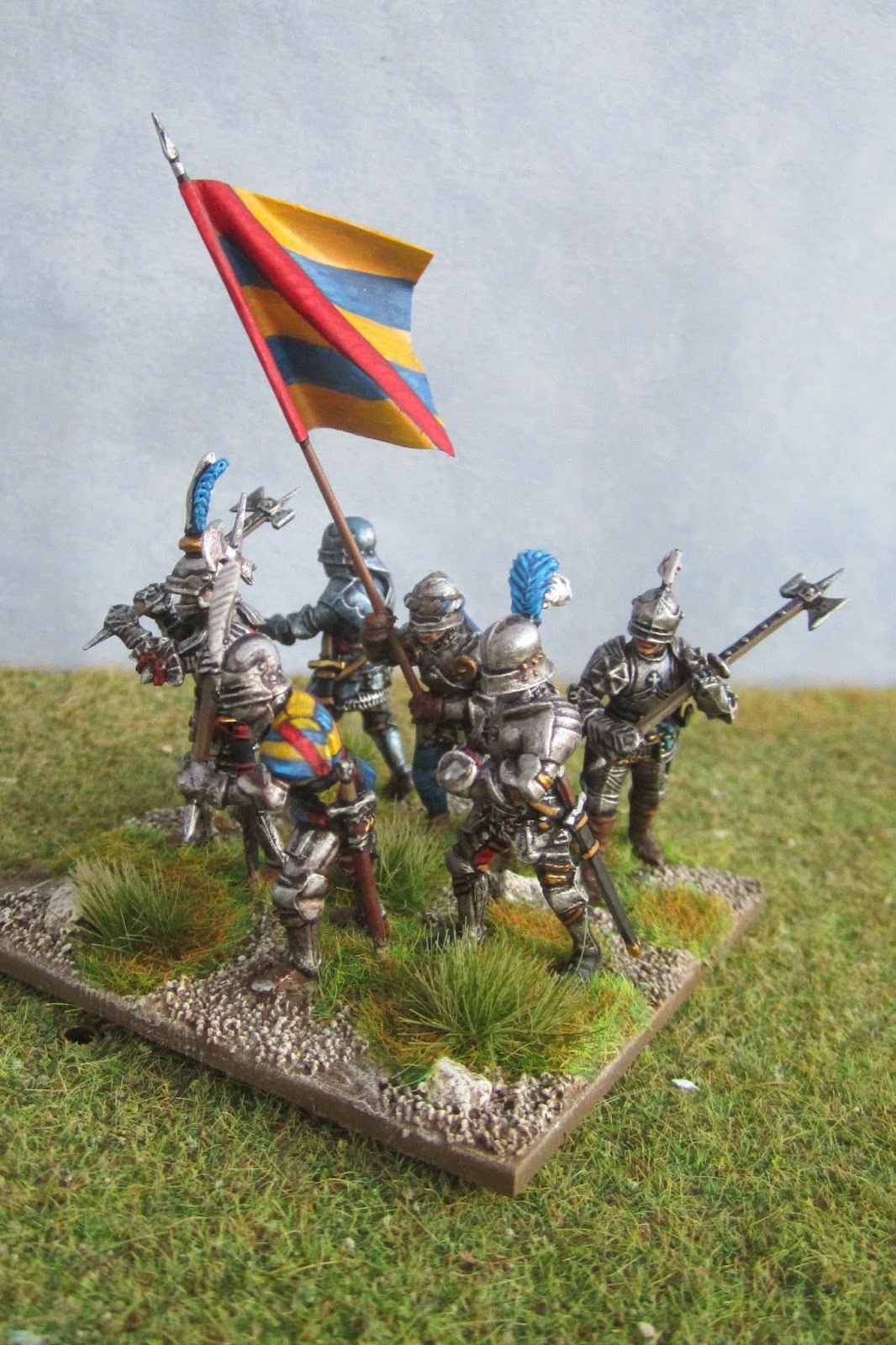 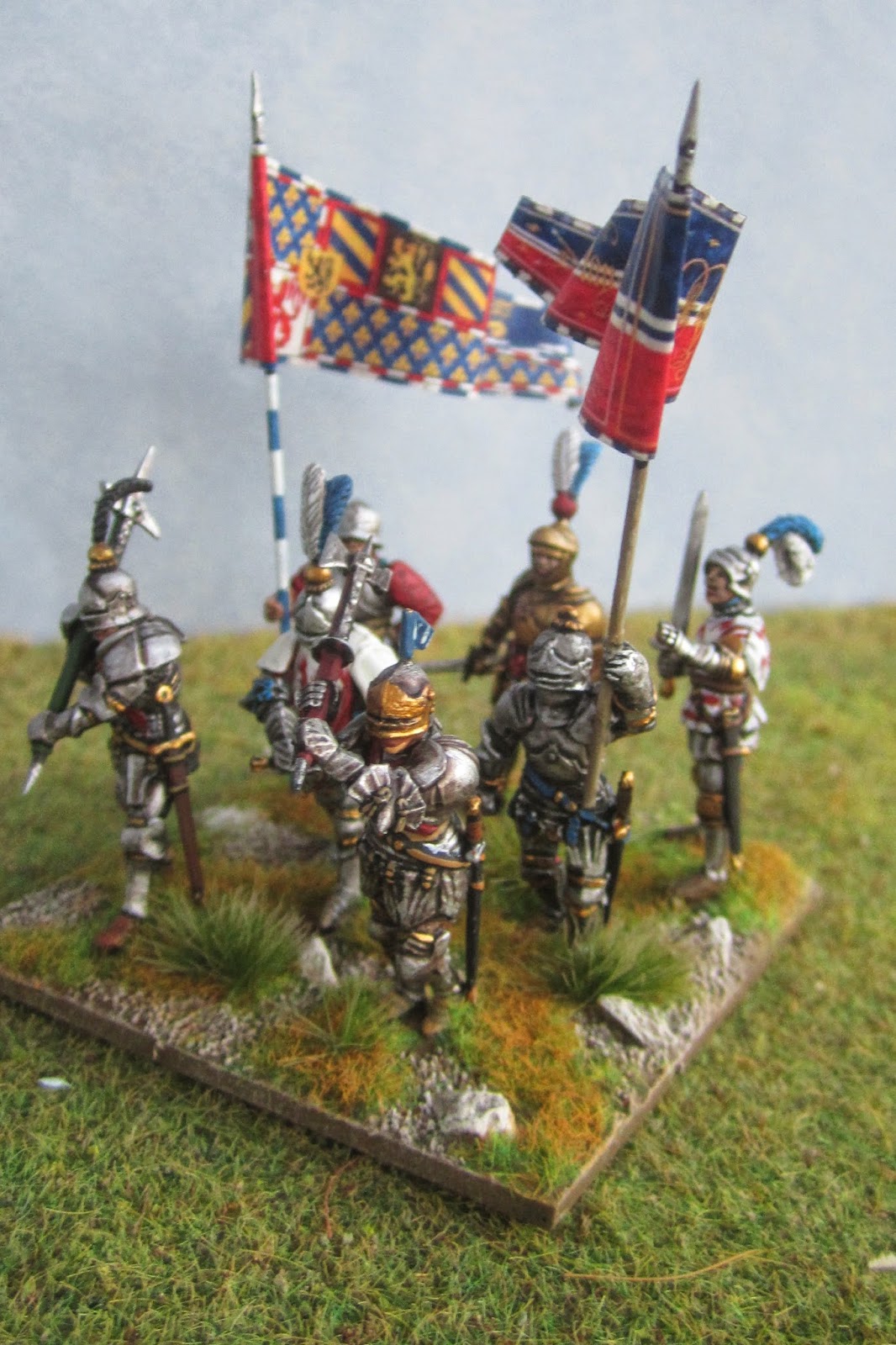 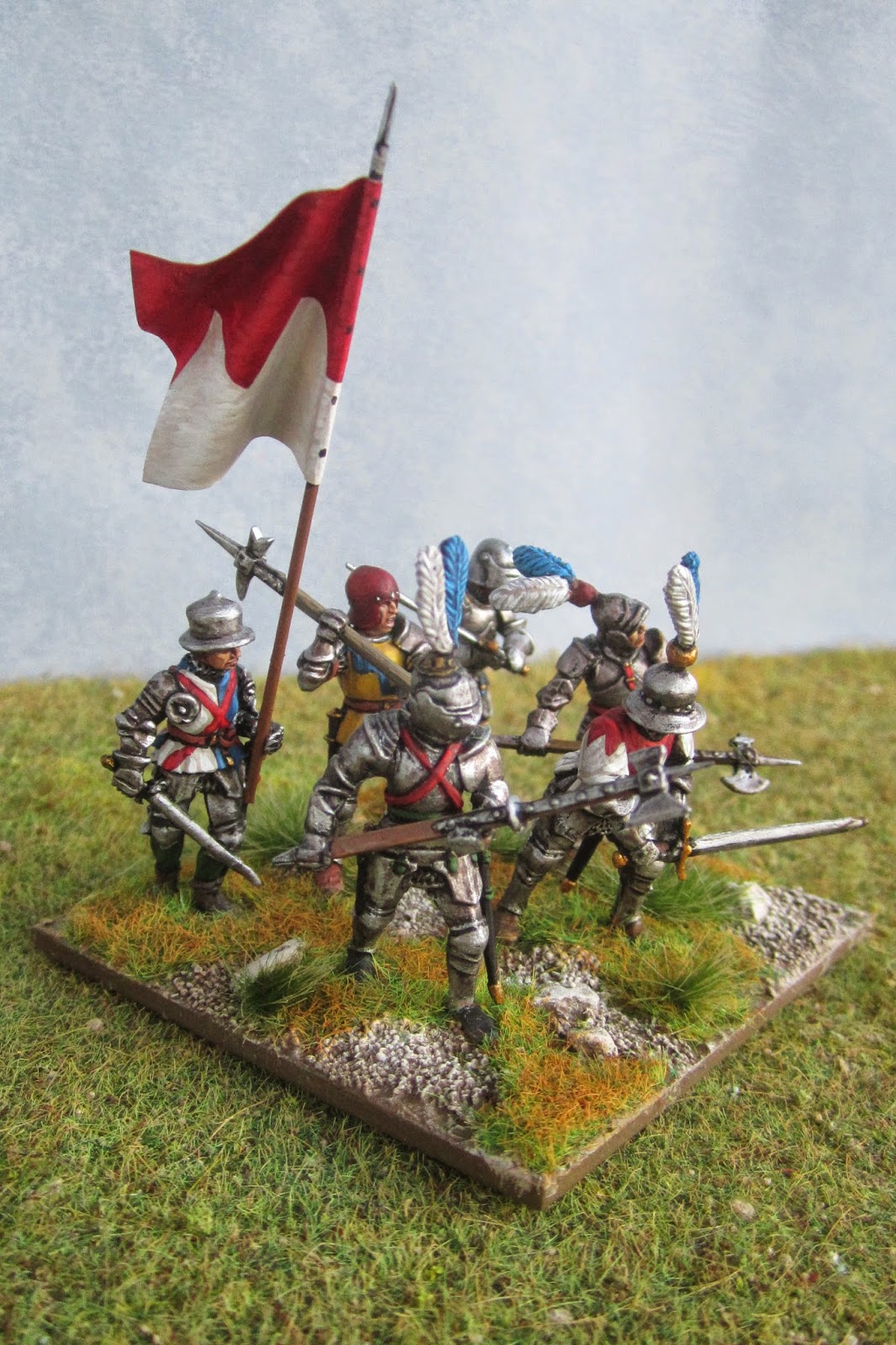