Anthony, Bastard of Burgundy and men at arms 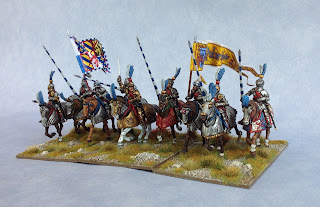 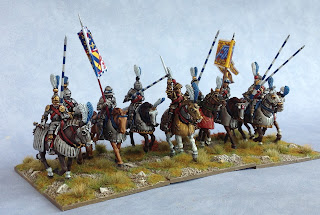 This is my most ambitious unit for this army; in terms of the amount of conversion and putty work that's been done before the paintwork (pics of this are in previous blog posts). They represent the peak of Burgundian nobility supporting the Bastard, all armed in quality harness and barding for their mounts. Looking at the completed unit, it may have been good to add a figure in blue finish armour too, to add to the impression of  fine quality harness, but too late now. 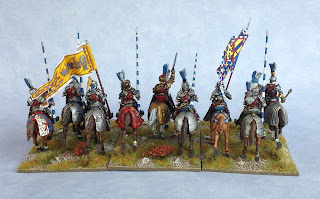 As per all my other men at arms, they'll have a supporting row of coustillers, a trumpeter and more flagbearers - which I'm planning out the prep for now. I then will have just a handful of extra bases to do for the Burgundians - aside from vignettes and casualty markers - so can maybe (just maybe?) start thinking about the prospect of Swiss. 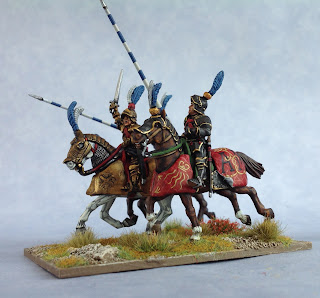 Anthony was the illegitimate son of Duke Phillip of Burgundy and Jeanne de Prelle. He was therefore the half brother of Duke Charles and was a pivotal member of the ducal household, fulfilling a number of military, diplomatic and advisory roles at the court. He fought for his father on several campaigns, from at least 1451 onwards, and in 1464 left for a crusade against the Moors when he helped raise the siege of Ceuta.
Anthony was at the battles of Grandson, Murten and Nancy, taking a prominent role in commanding troops on the field. At Nancy he was taken hostage by René II, Duke of Lorraine, and delivered to the King of France, for whom he was to serve after Charles's death.  He married Marie de la Viesville, and the entwined A and M painted on the horse bard covering is my attempt to portray this, applying an artistic device  which is shown for Charles and Mary on surviving pieces of fabric. 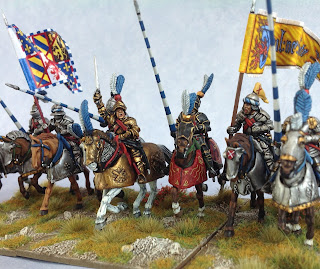 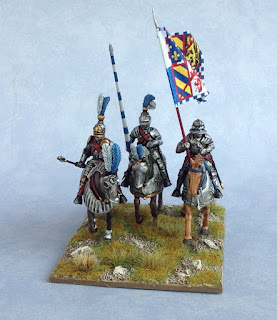 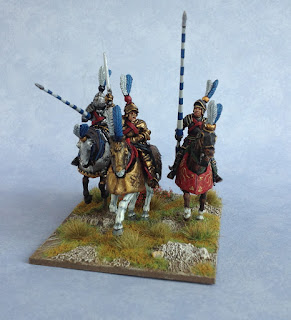 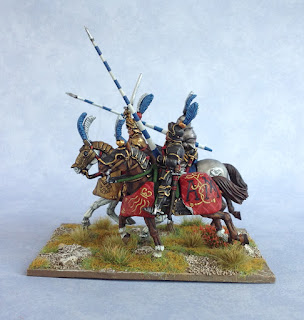 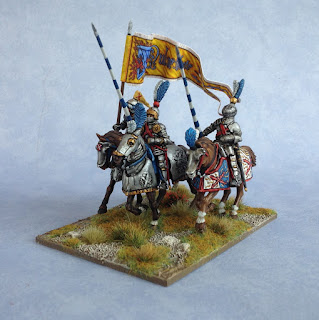