This is my last planned unit of mounted men at arms for the Burgundians - aside from one for the Bastard of Burgundy, which will represent a command group. These figures are now pretty much finished and will be based in groups of three, with 60mm base frontage, as per the rest of my figures. 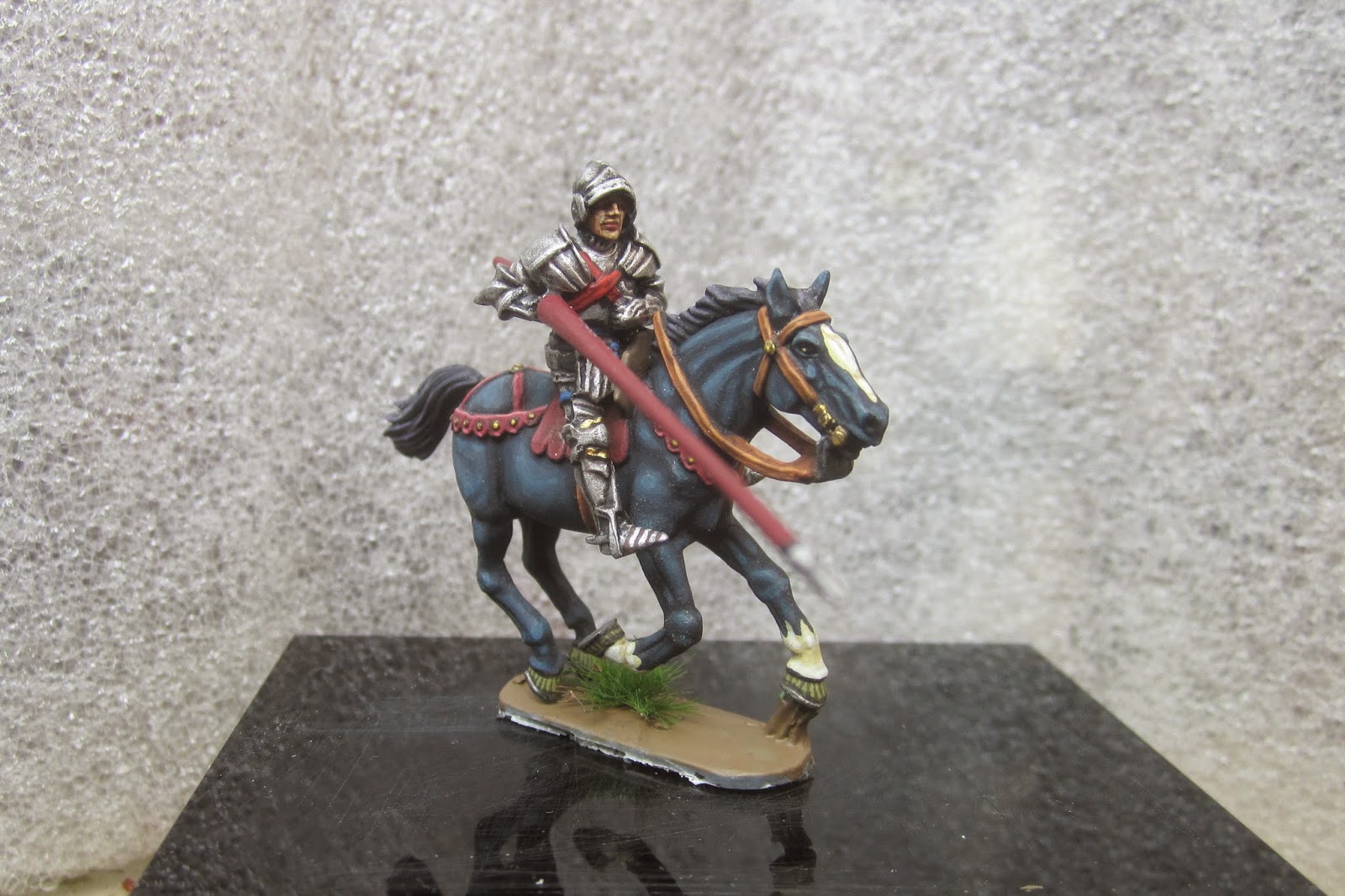 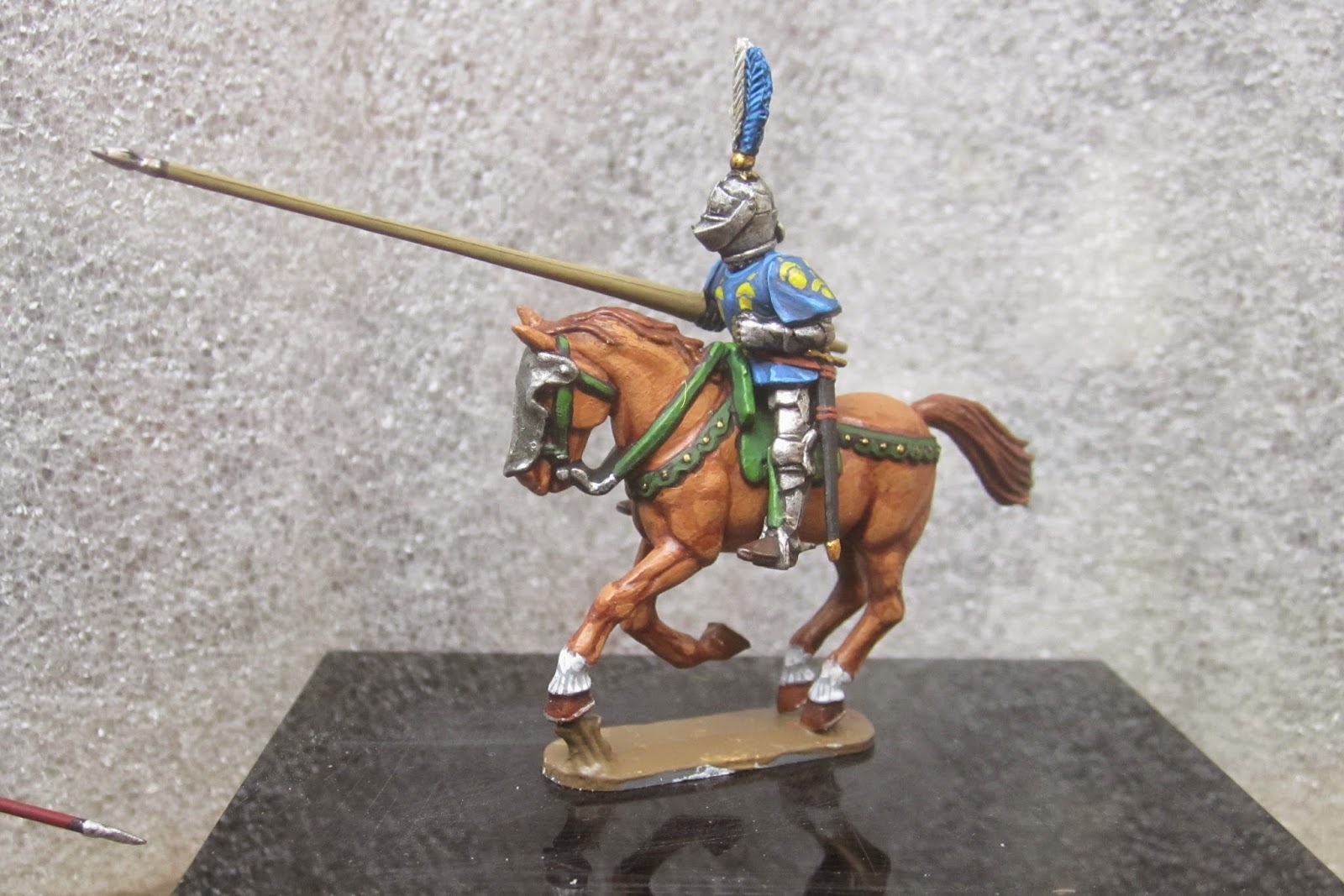 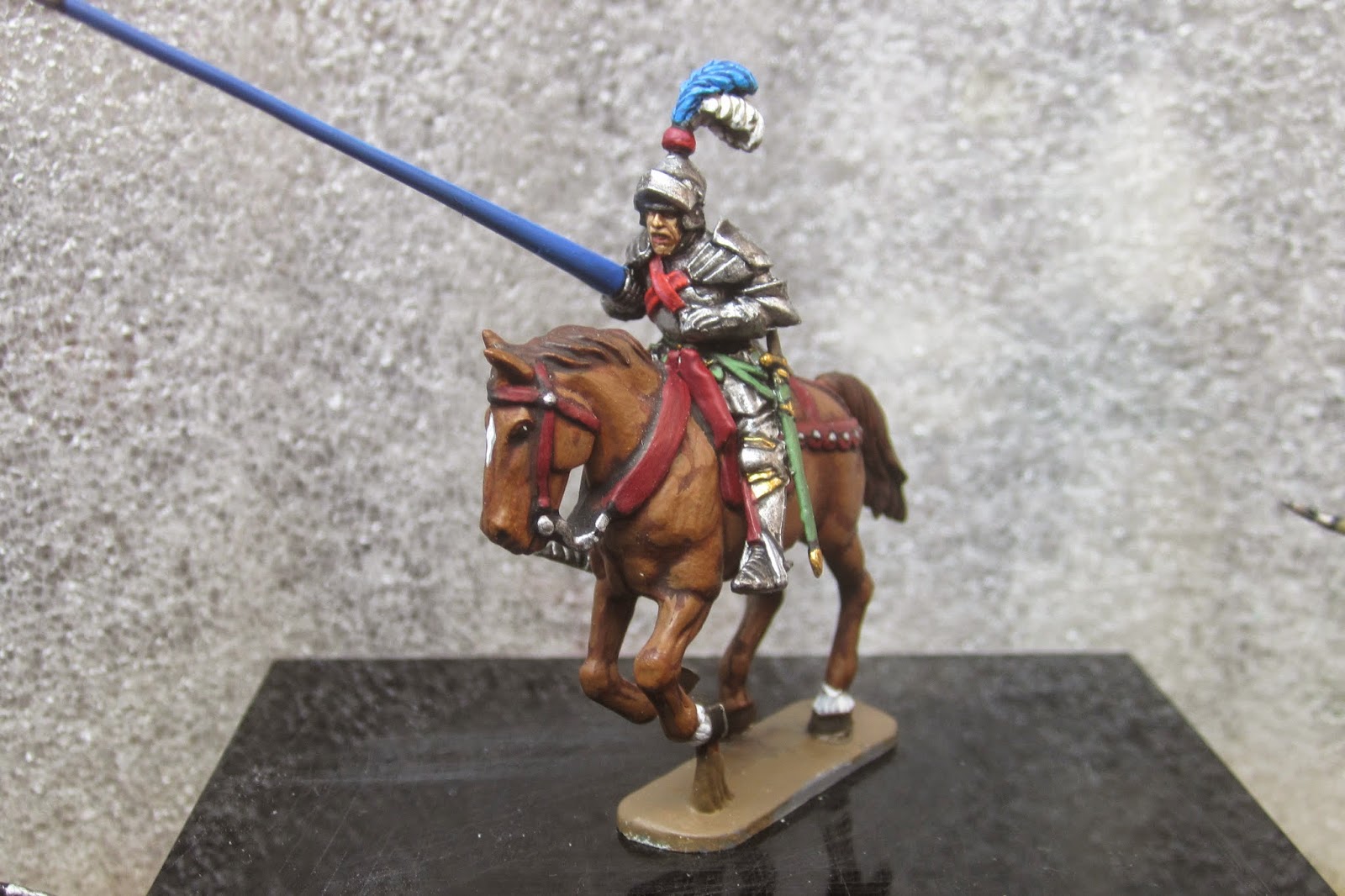 All are Perry plastics - most have had some additional work done on either the men at arms or their mounts - the addition of plumes, St Andrews crosses, horse tack, etc.  A few helms from the latest Perry Foot Knights have been attached to these too. Many of these were started several months back and the preparation fo these has taken longer than applying the paint, I reckon. The figures wearing tabards represent Troylo di Rosano, an Italian captain contracted by the duke who was present in the Morat campaign and battle. The other is Hugues de Thoisy who was one of the chamberlain in the duke's household and who may have been at Morat. The flag is a download from the internet and shows  the banner of the 11th Company, with the image of St Margaret. 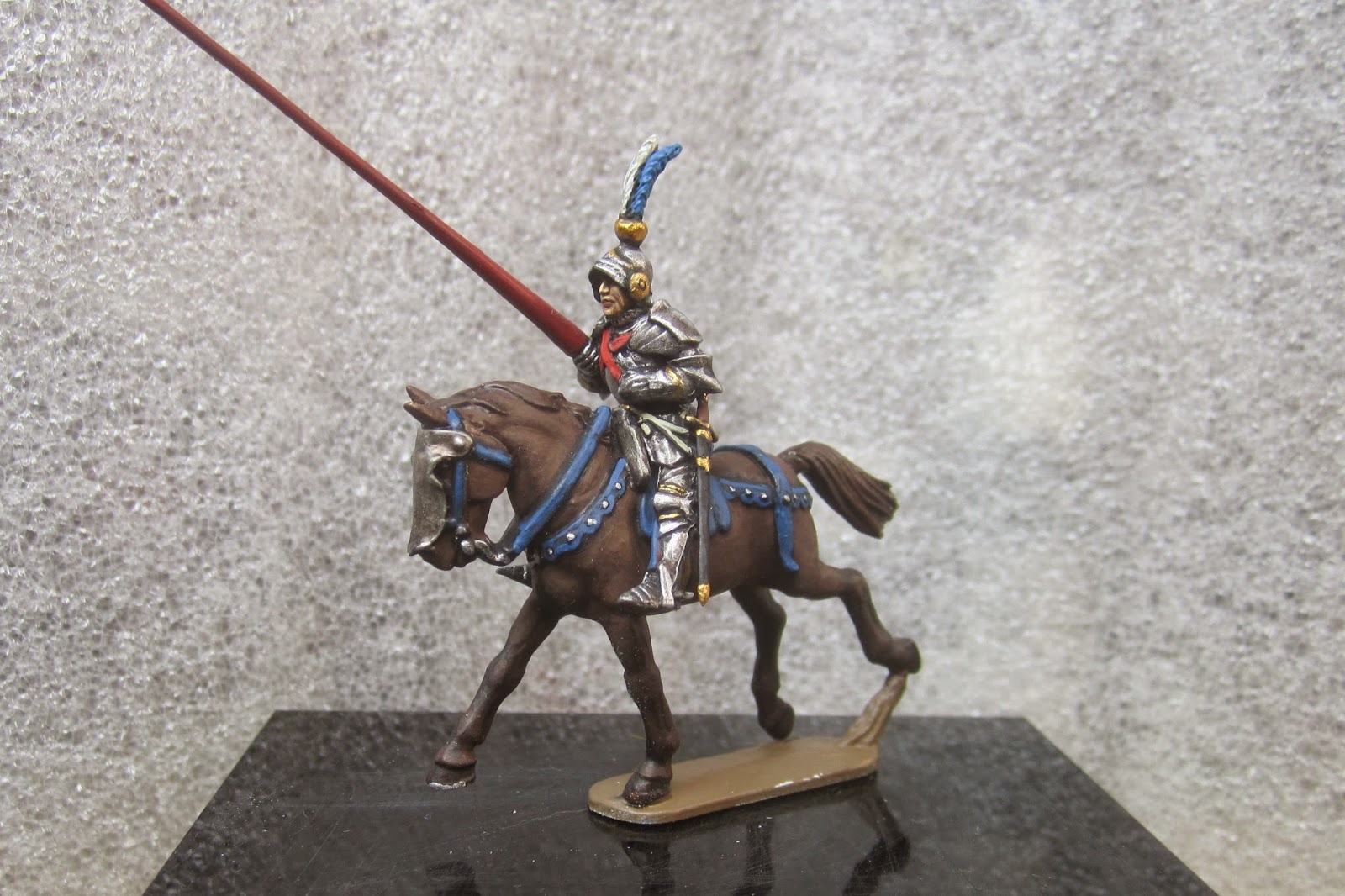 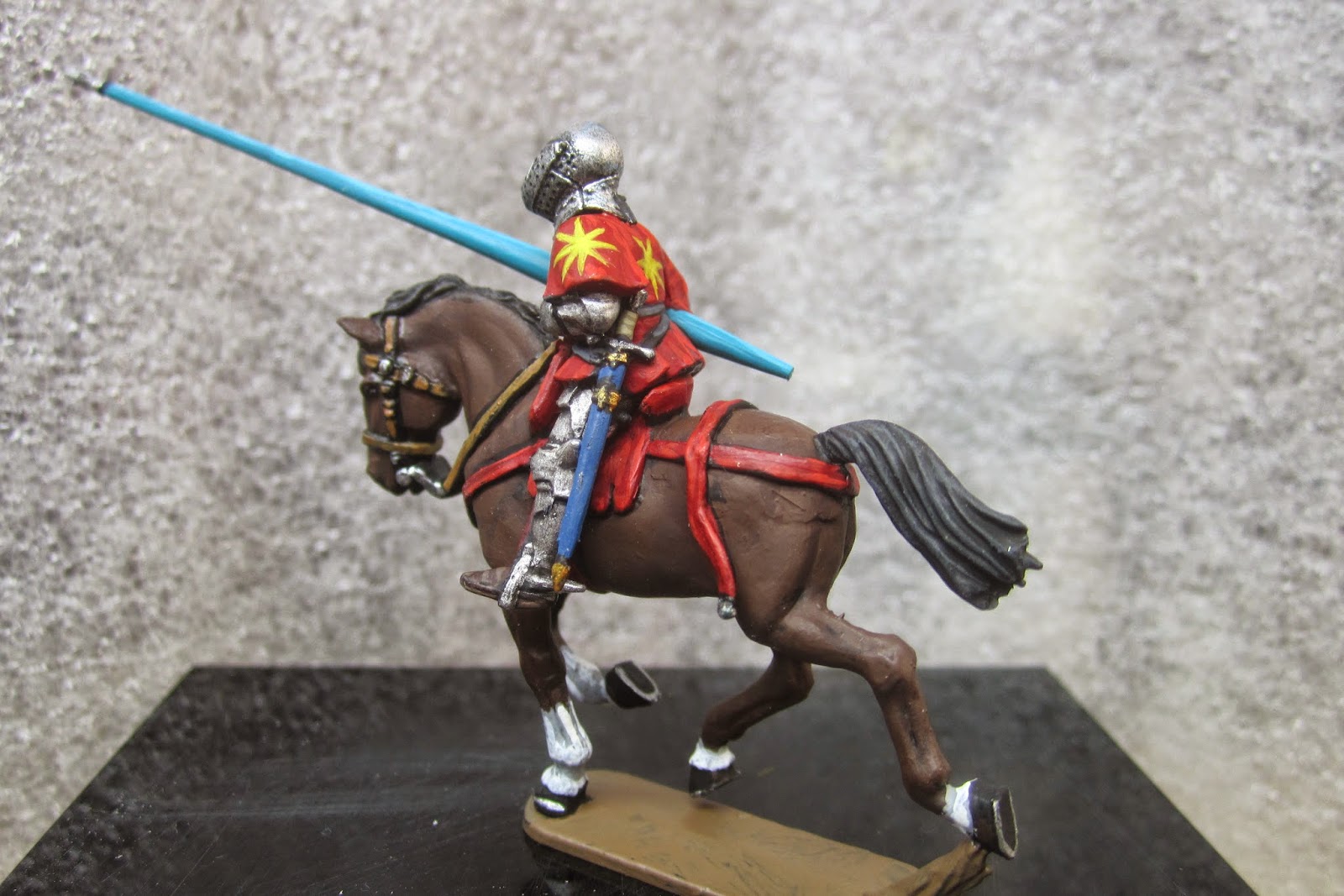 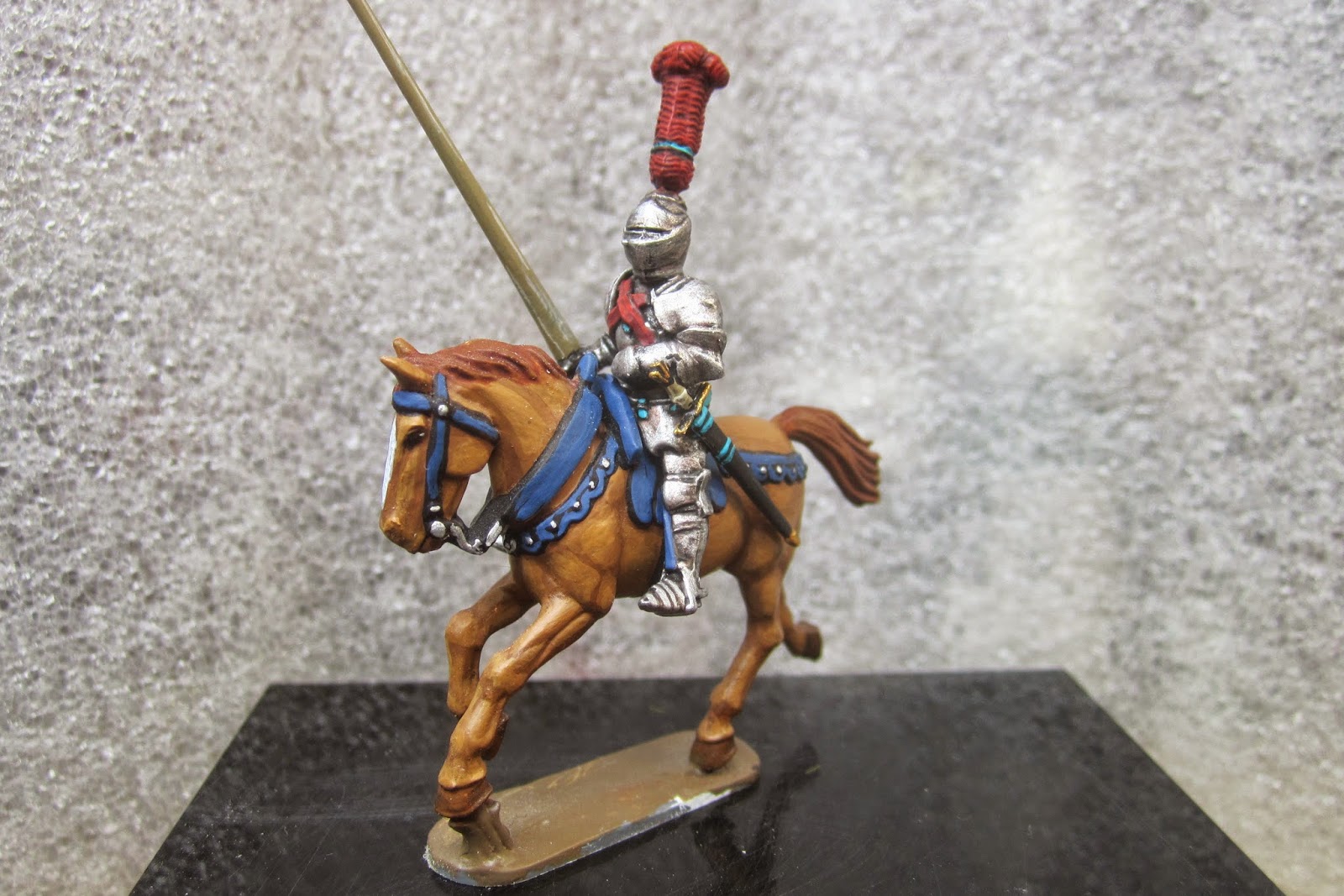 The pics have been taken on my desk and a lot of the highlights tones, most notably on the reds, are not showing up on these photos. These should all have the base work completed later this week and I'll try to use whatever natural light there maybe next weekend to take some shots of the finished unit. Like all of the other men at arms, I will be adding a supporting row of mounted coustillers and more flag bearers to fully complete the units of Ordonnance men at arms, when the next Perry 'Light Cavalry' plastics are available. 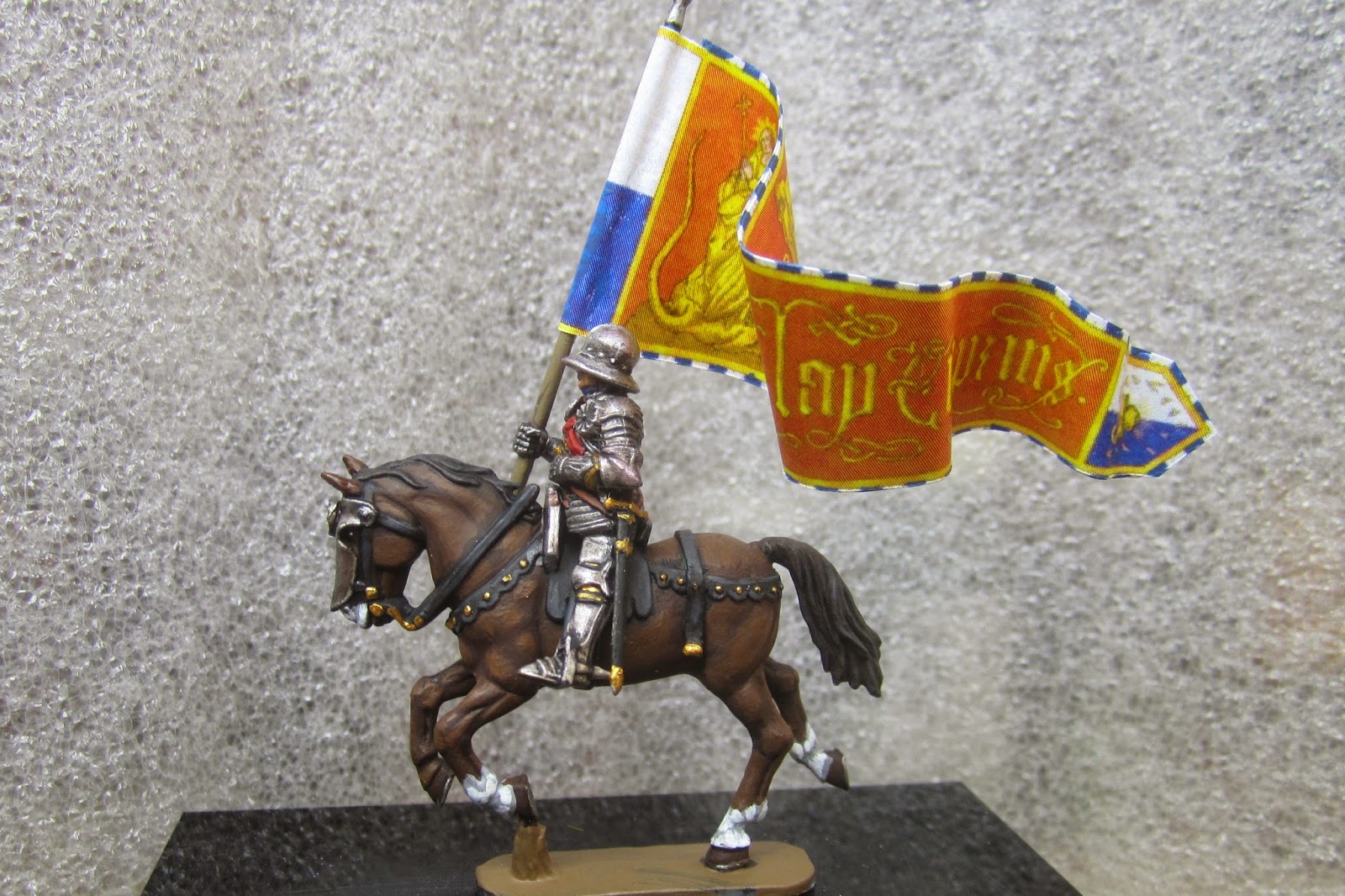 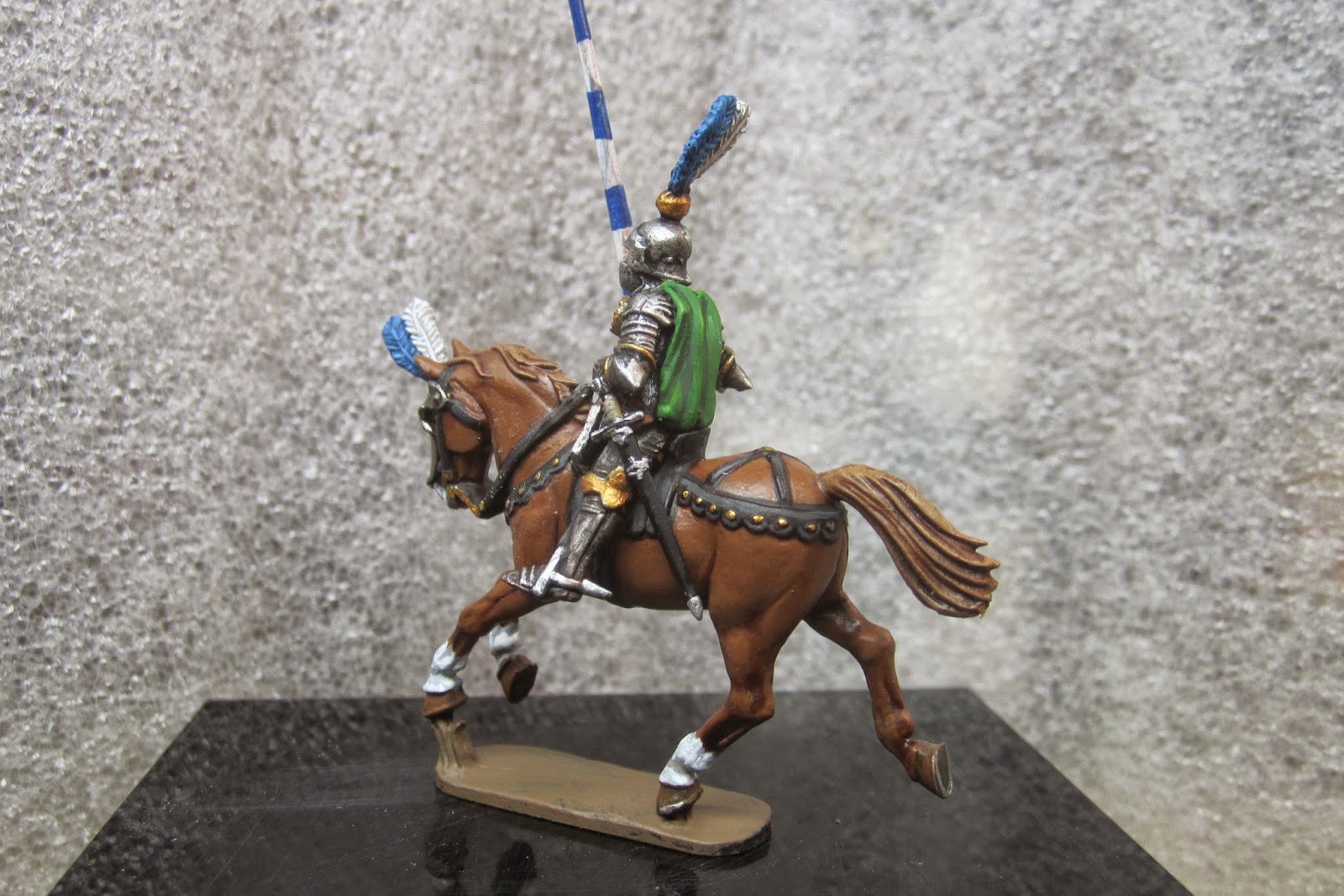 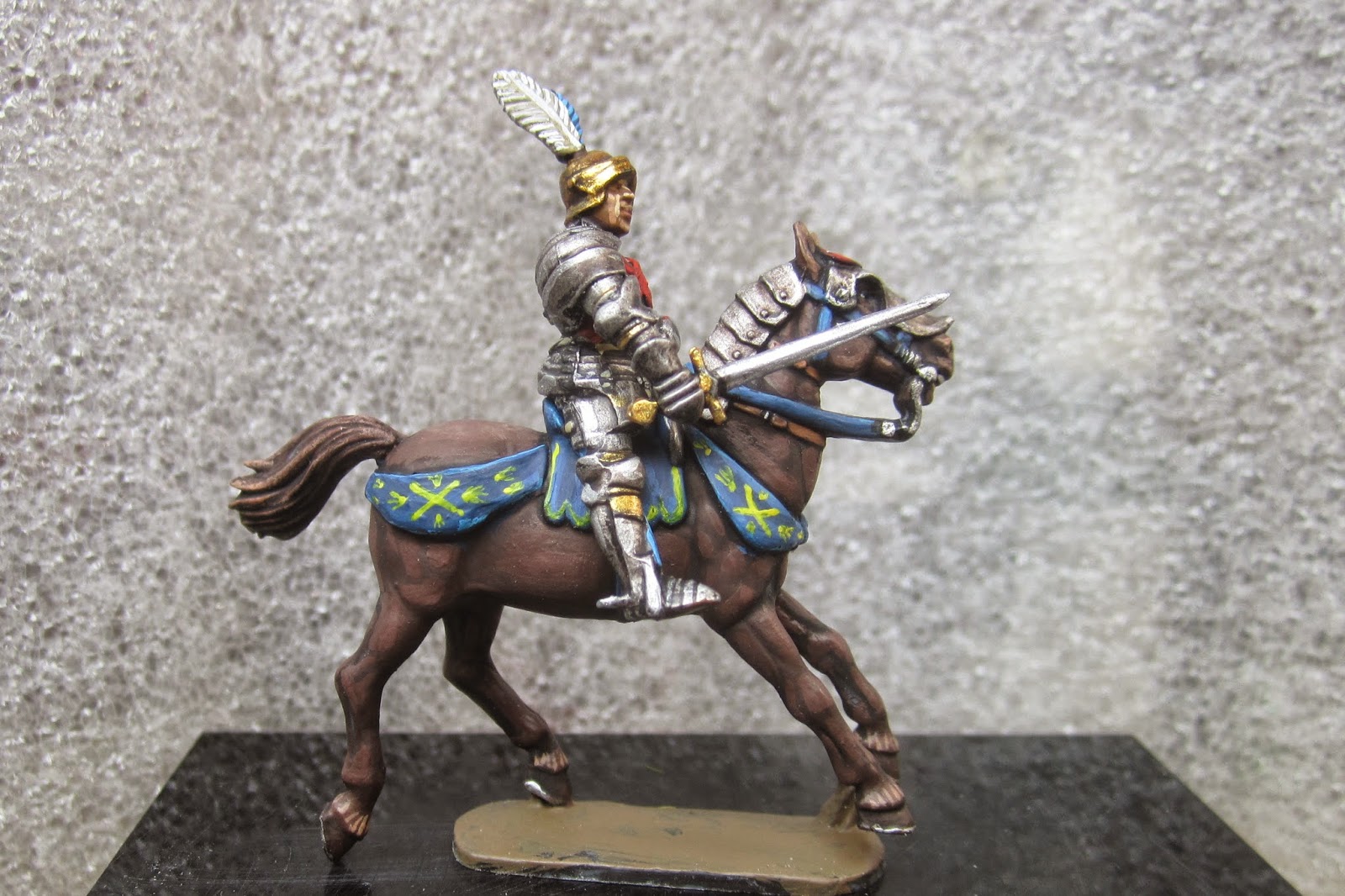