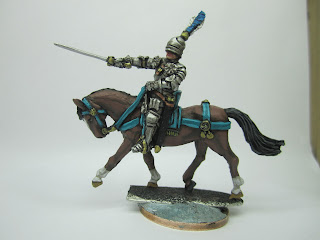 A very quick post - taken with a poor picture so my apologies - of the converted 'Joan to a Burgundian man at arms' Perry figure with paint now applied. The highlight tones on the horse have not come out well under the desk lamp (usually I try and take all pics in natural light). However I'm pleased that the idea has turned out well in practice as a nicely posed figure, who should fit well into the next Company (or perhaps the one after that when I make a final decision on basing, we'll see).

The other men at arms are making very slow progress - the horseflesh and trappings seem a bit tedious to paint - at the moment I'm getting more out of assembling and seeking new poses and variations.  So I'm guilty of having diverted into a couple of other vignettes, which I'll post when I have some outstanding items needed to finish them off. 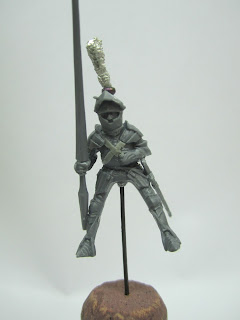 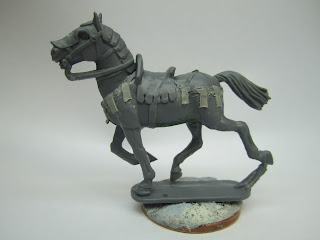 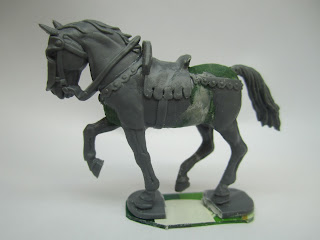 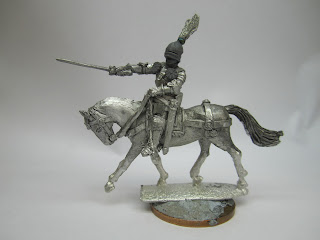